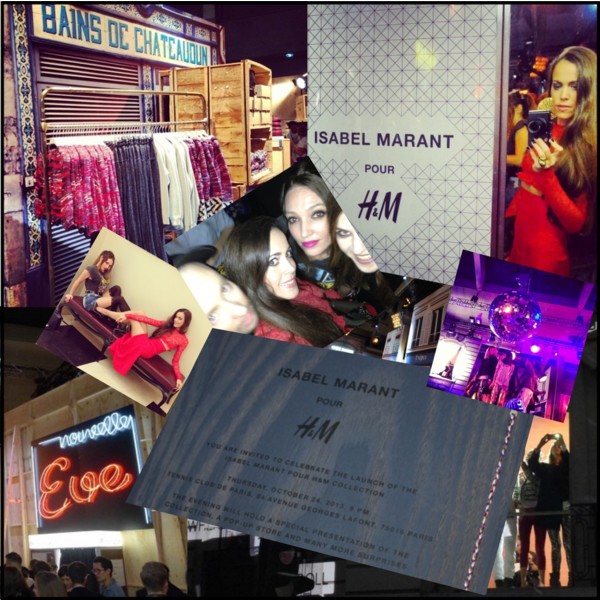 Yesterday I flew to Paris to attend the launch event of the amazing collaboration between the Queen of Cool Isabel Marant and H&M. 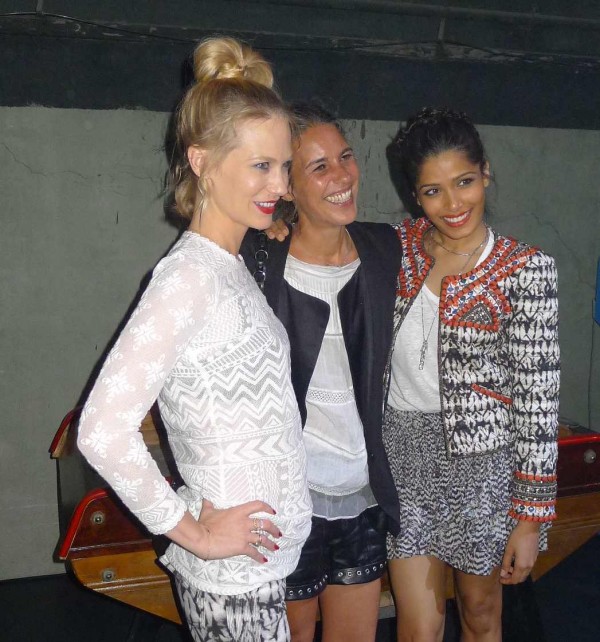 In the evening, the major Paris fashion party took place and I couldn’t have been more excited to join in the fun. Celebritites such as Audrey Tautou, January Jones, Freida Pinto, Alek Wek and Olga Kurylenko entered the red carpet and partied in a lively urban atmosphere catching Marant’s bohemian energy until late. 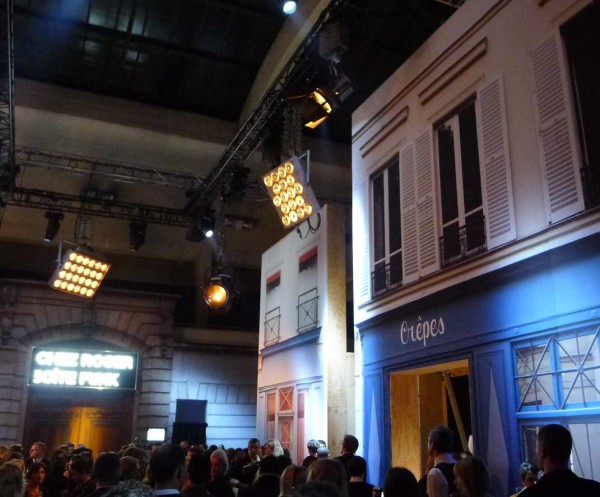 The ambiance was outstanding, being transported into a street slice of Paris, in the early 90s, the time when Isabel debuted her eponymous line: bars, night clubs, brasseries, neon signs, pizza shops, souvenir shops, epiceries, street vendors and people casually enjoying a stroll in the outdoors. There was even a roller skating rink. 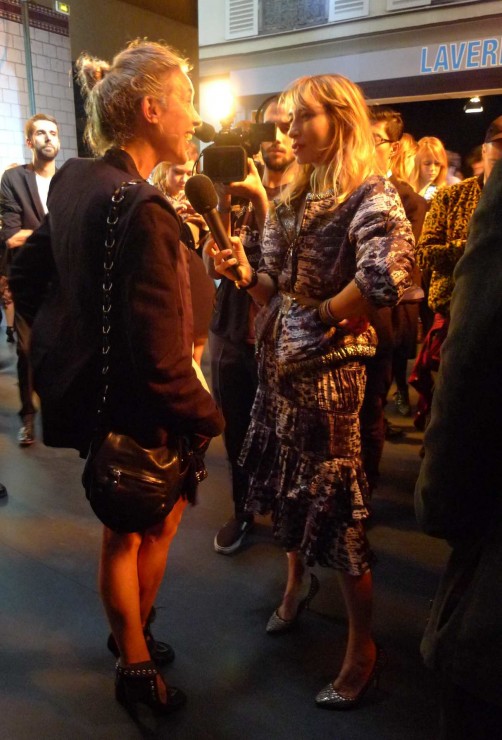 “I design for everybody and am constantly inspired by the world I see around me, so it felt natural to have an urban setting as the backdrop of the event. And it had to be Paris, because the city is part of my DNA,” says Isabel Marant here with Olga Kurylenko. The collection was presented in a cinematic setting that mixed images, films and models. The minute the DJ played the sounds of La Boum I went straight to heaven, or let me say travelled back in time… “Dreams are my reality. The only kind of real fantasy…” 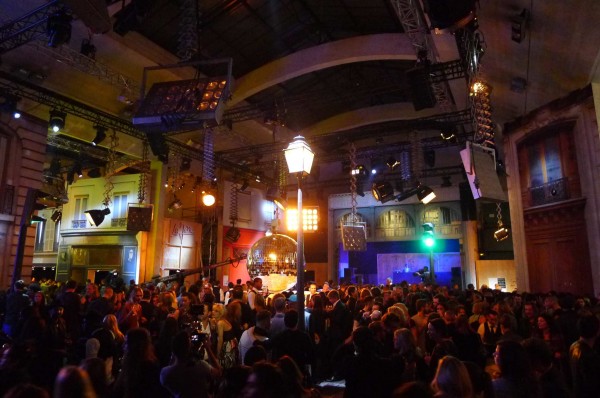 The live music performance by Grandmaster Melle Mel and Rappers Delight, originally of Sugarhill Gang, lifted the atmosphere of this bohemian style party even more. 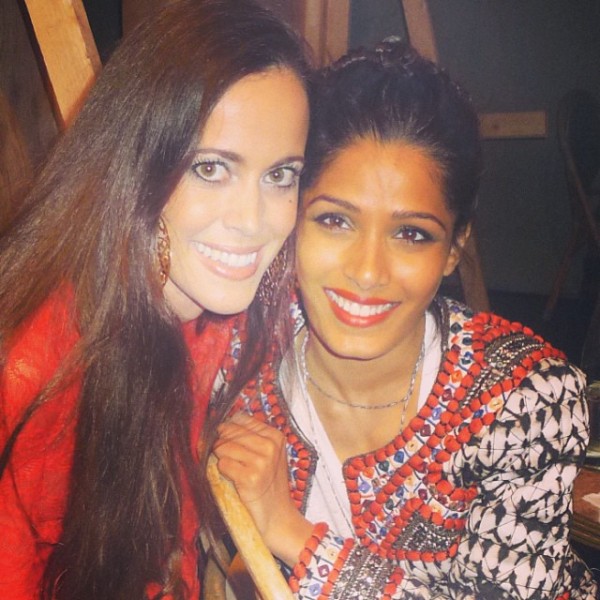 Gorgeous Freida Pinto with me

For actress Freida Pinto was it the second H&M collaboration she attended and for her “it’s important to collaborate with designers who young girls aspire to, but it’s also for girls like me who love shopping at H&M – to make fashion that is not just beautiful and classy but also affordable.” 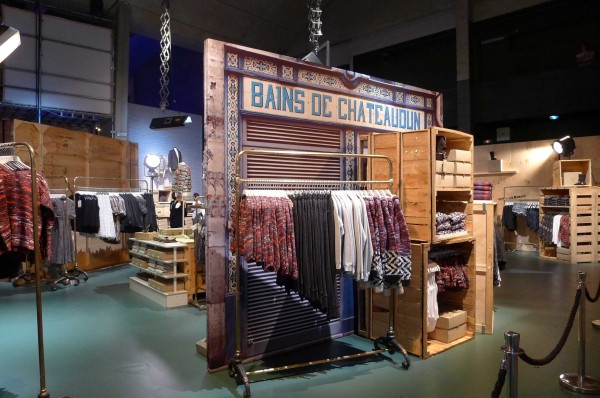 Later at night, the pop-up store opened and we were able to shop the collection before it will officially hit the stores on November 14, 2013. Believe me, it felt like a war scenario… During the day, I had already had the chance to explore the collection up close and to interview the charming French designer. A post about which pieces have to be on your shopping list will be coming up shortly.

It was THE party and I had an amazing time! During my ride home, I heard that the contract for the next collaboration had already been signed and that it will be something very special… 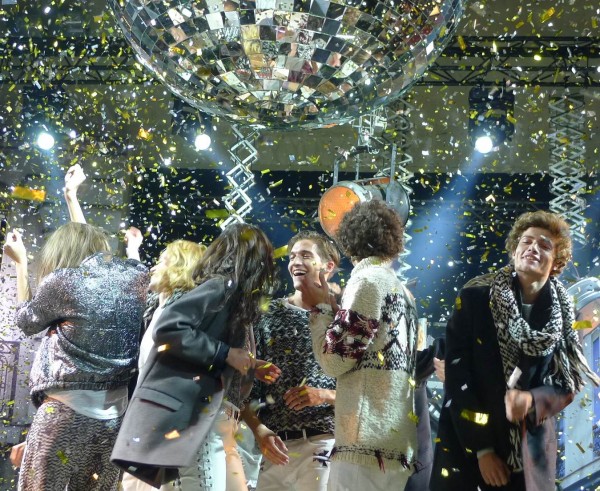