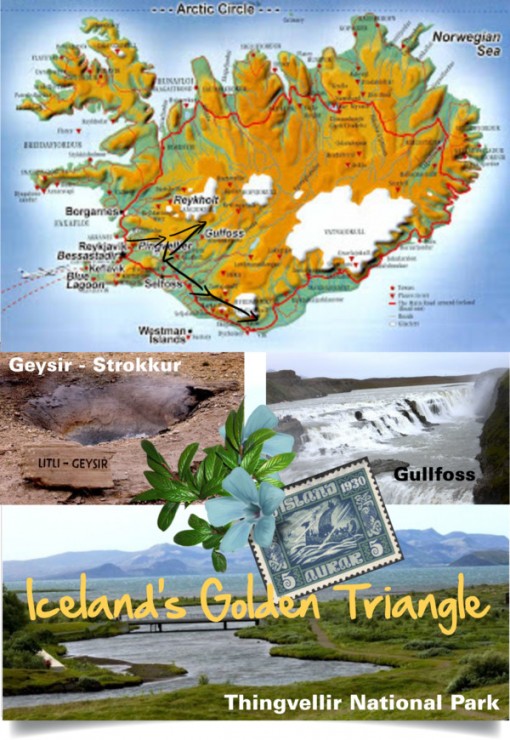 After two days in Reykjavík, I have started my trip around Iceland. The so-called Golden Triangle, “the three great destinations” for the Icelandair travelers that visit the country are Gullfoss, Geysir and Þingvellir and were first on my “to-see list”. Believe me, they are absolutely worth the visit. Step off luxury and explore paradise! Enjoy my photo diary.

The Þingvellir area is an area of sea-floor spreading, displaying the close association of crustal rifting and volcanism. Þingvellir is next to the Great Rift Valley of Eastern Africa the only site on earth where the effects of two major plates drifting apart can be observed. Almannagjá that you can see above is pherhaps the most dramatic structure at Þingvellir.

Gullfoss (translated as “Golden Falls”) is to my opinion one of Iceland’s most stunning waterfalls (and I have seen Niagara falls in Canada!). The light, the scenery is just breathtaking.

Strokkur is one of Iceland’s famous fountain geysers, erupting about every 4-8 minutes 15-20m high, sometimes even up to 40m high. It is part of a whole geothermal area next to the famous Great Geysir which was the first one described in a printed source and which is the name giver for this natural phenomenon. 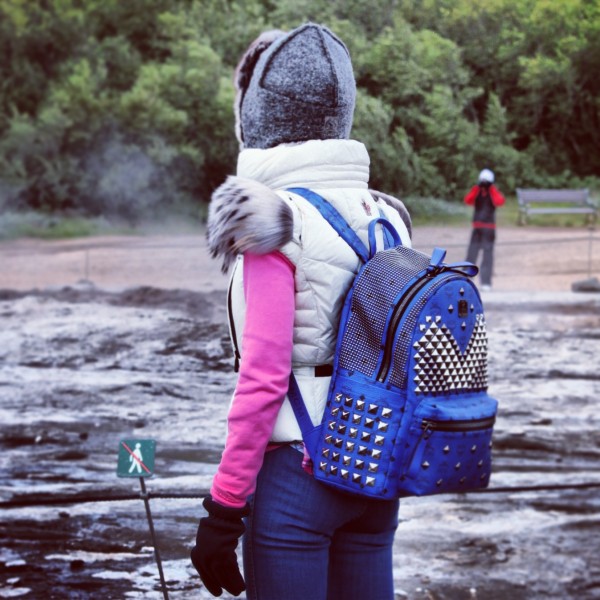 It was freezing cold and I experienced very strong winds that day.

by Frame Denim. Hat and gloves, both souvenirs from Iceland. 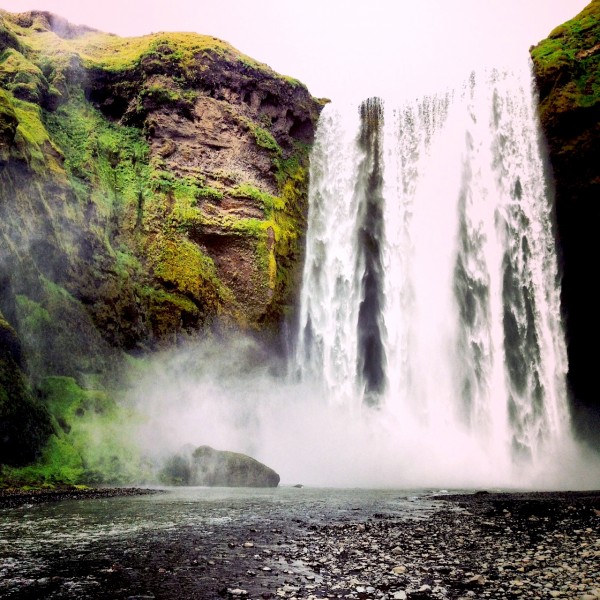 On my drive further east, I passed by Skógafoss, a waterfall situated in the south of Iceland at the cliffs of the former coastline. It probably rivals Gullfoss as Iceland’s most famous waterfall.

The small peninsula Dyrhólaey is located on the south coast of Iceland. The view from up there from the cliff is gorgeous with black lava columns coming out of the sea.

Travelling through Iceland feels a little bit like being on luxury withdrawal therapy. The accommodations are pretty basic and you don’t find fancy restaurants. But you find something here that is absolutely unbeatable, breathtaking nature, an amazing light as it barely gets dark these months and peace for your mind.