Last night, the Super Bowl took place in Houston, Texas. If you are not familiar with it, just a brief explanation. It is the annual championship game of the National Football League (NFL), the highest level of professional American football in the world. The day on which the Super Bowl is played, is now considered by some as an unofficial American national holiday, is called “Super Bowl Sunday“. Believe me, I lived in the States, it is truly a lot of fun! Can you imagine… it is the second-largest day for U.S. food consumption, after Thanksgiving Day and in addition, the Super Bowl has frequently been the most-watched American television broadcast of the year; the seven most-watched broadcasts in U.S. television history are Super Bowls.

Therefore brands are eager to collaborate and advertise on that day while this sports event fascinates the nation. This year, Tiffany & Co. and Atelier Versace took center stage with the help of Lady Gaga who dazzled with a stunning half-time show.

She opened the show in a futuristic custom made, Atelier Versace fully beaded iridescent jumpsuit with sculptural shoulder detail and matching fully embroidered boots, both with Swarovski crystal accents. 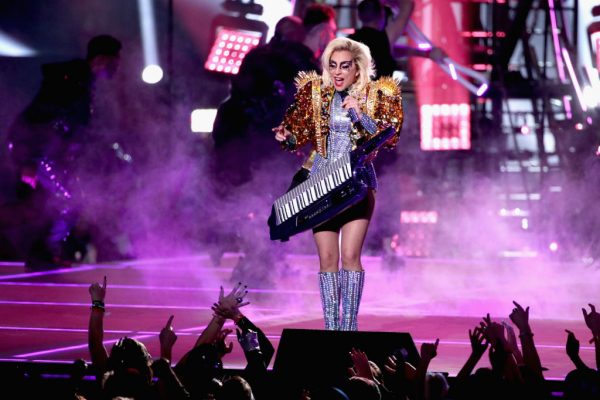 She later topped her look off with a custom-made, Atelier Versace cropped gold jacket fully embroidered with Swarovski accents and accentuated with armor-like shoulder pads topped with a cluster of dramatic gold spikes. 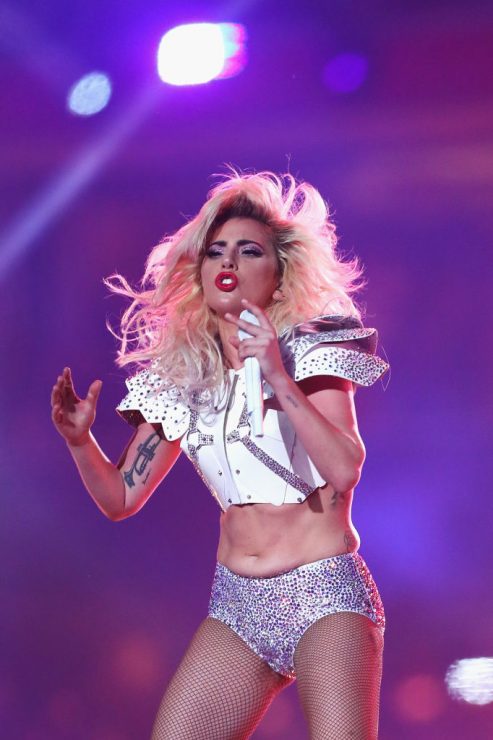 For her final set, the singer wore another custom-made, Atelier Versace look, this time rocking a pair of fully embroidered hot-pants and cropped sculptural white jacket made of a special silicon material with metallic hardware details and coordinating Swarovski crystal accents. 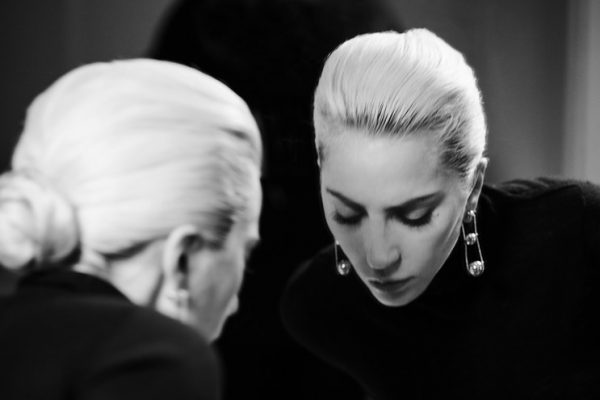 And that was not all… Lady Gaga was everywhere on Super Bowl Sunday, except not playing the game. The pop star is the face of Tiffany & Co.’s new fashion jewelry collection, Tiffany HardWear. 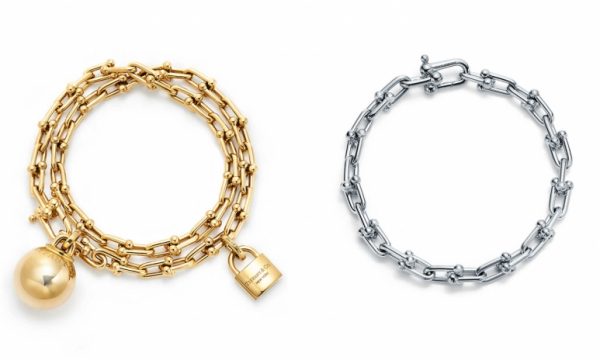 She stars in the new ad campaign that aired last night for the first time right before her half-time performance. It marks the first time Tiffany has advertised during the Super Bowl, but it has a long connection with the game. The company has crafted the Vince Lombardi Trophy, awarded to the winning team, since the game’s inception.

Former US Vogue editor Grace Coddington served as creative director of the new campaign, which was photographed by David Sims. “In New York, you’re born knowing that Tiffany is the best, and that it is where the magic happens,” Gaga said in a statement. The shoot is part of Tiffany’s long-running Legendary Style campaign, which has previously featured Lupita Nyong’o and Elle Fanning.

See the one minute movie below:

It will be interesting to watch the famous jewelry brand’s future development as it goes through tumultuous time in its history. Earlier Sunday the House announced that CEO Frederic Cumenal stepped down. Former CEO Michael Kowalski is leading the company until a replacement is found. The resignation came amid a time of plummeting sales for the brand.

Let’s boost the economy and shop a beautiful piece from Tiffany & Co. which is also available now at NET-A-PORTER 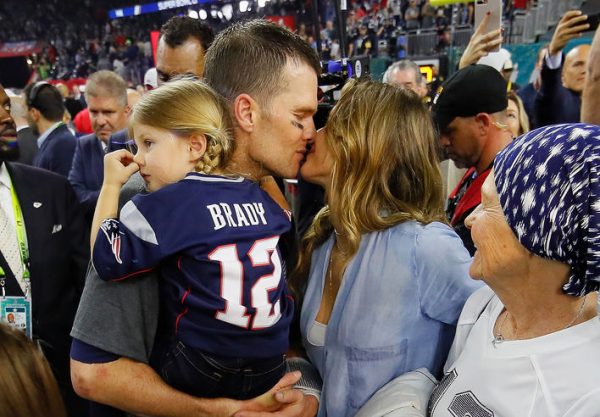 Ah sorry, I completely forgot to tell you, who won… ok first of all, fashion again. Tom Brady, Gisele Bündchen‘s husband, has now a record for the fifth Super Bowl win for a quarterback after the biggest comeback in the game’s 51-year history. In one of the most exciting games in recent Super Bowl history, the winner of the game is the New England Patriots. The Atlanta Falcons were off to an early lead in the game, but the Patriots were able to catch up and tied the game.

And everyone please never forget:

Have a lovely evening!