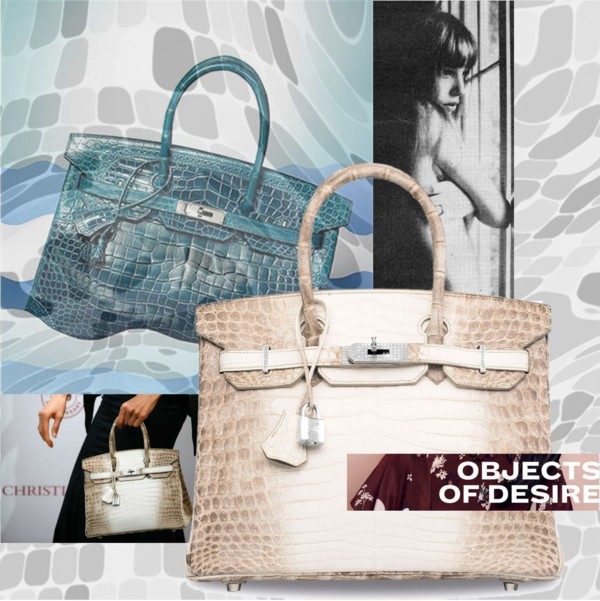 Yesterday, an Hermès Niloticus Birkin bag made «fashion history» when it sold for a record price of HK$2.98 million which is around US$383,522 at Christie’s in Hong Kong. As South China Morning Post reports it became the world’s most expensive handbag ever sold at an auction, the Holy Grail for bag lovers so to say.

The story behind the Birkin bag, that was launched in 1984, is actually pretty sweet. Back in the early 1980s, Hermès chief executive Jean-Louis Dumas was seated next to Jane Birkin on a flight from Paris to London. The actress had just placed her straw travelling bag in the overhead compartment, when she spilled the contents all over the place. As she gathered her belongings, the passenger in the seat next to her suggested that she should have a bag with pockets.

She replied, presumably very annoyed, that when Hermès made such a bag, she would have one. The man then announced himself as Jean-Louis Dumas and the idea of the ideal handbag was born. 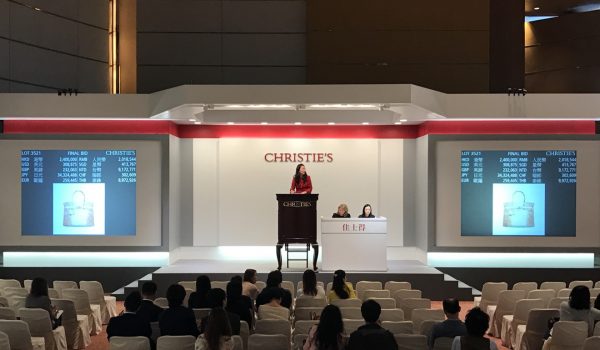 We all know that a Birkin bag is a safe investment due to its long waiting list and probably even more lucrative than stocks. According to the Independent, there was a study published in January 2016 that compared three different types of investments: the S&P 500 (an index that reflects the stock market and is said to be the leading indicator of U.S. equities); gold; and Hermès Birkin handbags. The research concluded that the latter are by far the safest investment of the three as they’re not subject to fluctuations in the market. Fans of the iconic piece tend to beat the lines by scoring it at one of those auctions where it has been continuously breaking price records.

In yesterday’s case, a matte white Niloticus Crocodile Himalaya Birkin 30 with a diamond-encrusted white-gold buckle and hardware was auctioned by an anonymous collector, who won the bid by phone and who is surprisingly not from Asia. 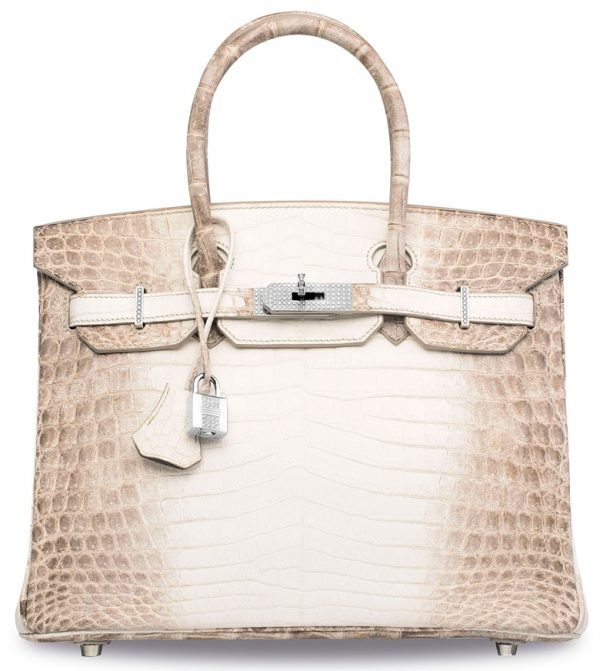 What is so special about this Niloticus Crocodile Himalaya Birkin bag? It is one of the most coveted bags due to its extreme rarity, status symbol and exquisite craftsmanship. A similar style was auctioned for HK$2.94 million at Christie’s last year. The gradation of the color of the crocodile leather resembles the majestic, snow-capped Himalayas, from smoky grey to pearly white. The diamond-encrusted hardware make it of course extra scarce. 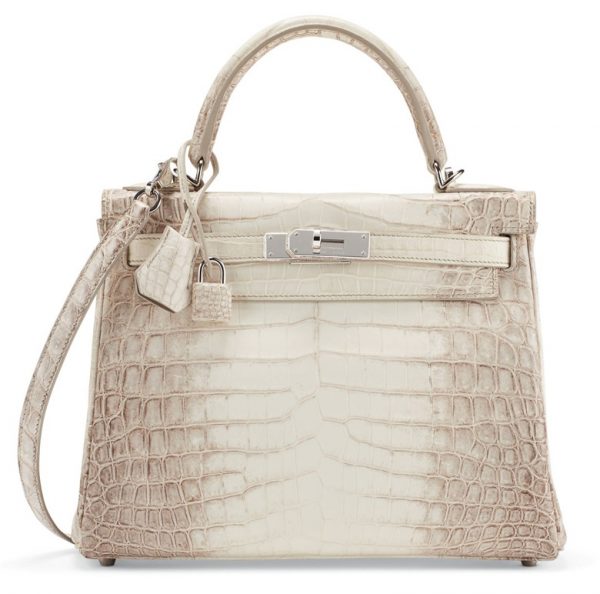 Apart from the Birkins, Hermès also started to craft a few Himalaya Kelly bags for top clients, which are fabled as «the rarest handbags in the world».