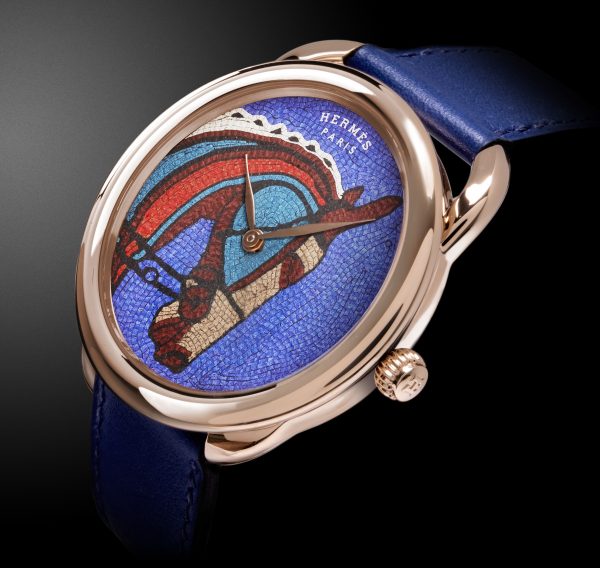 Mosaic. The very name conjures up images of art and light, the meticulous assembly of multi-coloured fragments of which the combination forms an artistic motif. In a 41 mm-diameter Arceau rose gold watch, 2,200 tiny juxtaposed leather squares form a horse profile inspired by the HERMÈS «Robe du Soir» silk scarf designed by Florence Manlik in 2018. 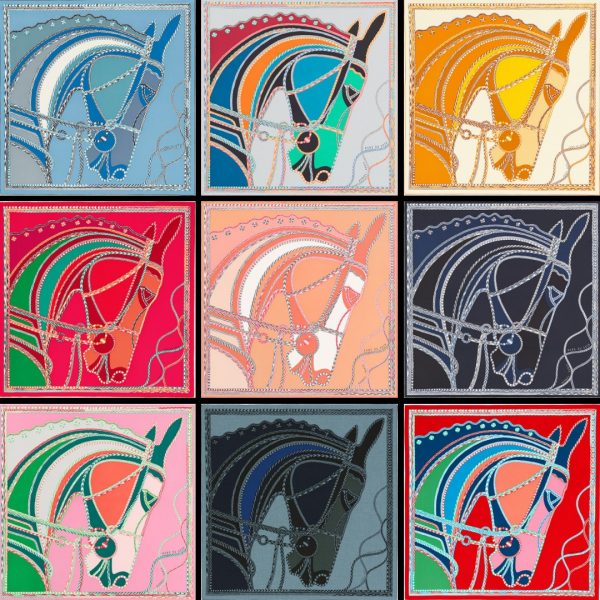 Set against an electric blue backdrop and matching strap, the colourful fragments are lit up by the rose gold glow of the round case with its asymmetrical lugs and slim leaf-type hands. The slender hours and minutes hands are driven by a self-winding Manufacture Hermès movement that can be admired through the sapphire crystal case-back. This horological creation imbued with the HERMÈS saddle- and leather-making heritage is issued in a 12-piece limited numbered edition.

It’s all there in a notebook kept safely under lock and key, harbouring the secrets of the Hermès artisan who imagined and developed this exclusive technique. A full year and a half of R&D was devoted to devising a process that her touch alone is capable of mastering. For several weeks, she patiently fashions a miniature work of art composed of thousands of variously coloured leather squares. First of all, no less than 3,500 tesserae are finely cut out from carefully selected full-grain calfskin. Subsequently, to fit inside the even smaller space afforded by the dial,
2,200 leather fragments compose an equestrian motif.

Such a piece of art.