During the last days, I did a lot of sightseeing in this phenomenal city. Today was my favourite: Istanbul’s most famous monument, the former cathedral and later mosque of Haghia Sophia (meaning „Divine Wisdom“) that was originally built in 537 A.D., in the rule of Emperor Justinian, and later converted to a mosque after the conquest of the city by Ottoman Sultan Mehmet II in 1453. 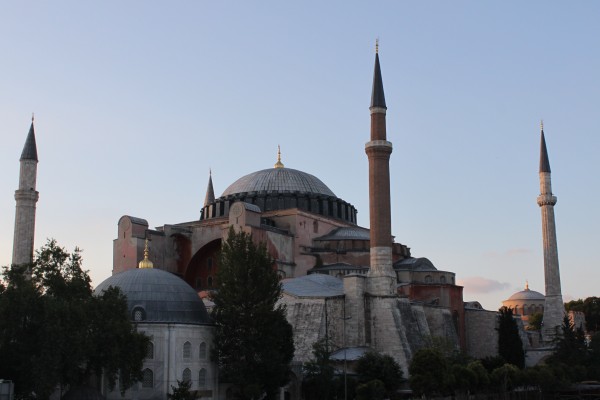 View of the Haghia Sophia from the beautiful Four Seasons at Istanbul Sultanahmet terrasse. 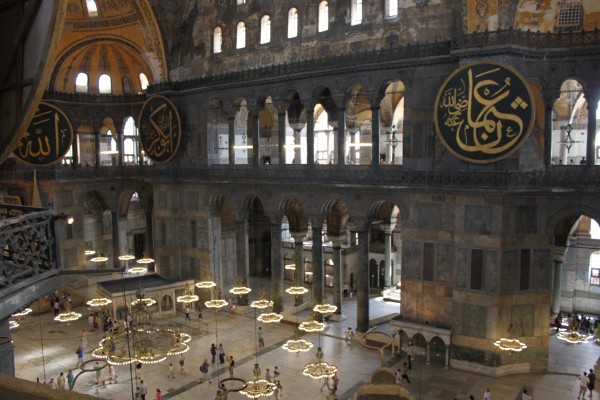 The interior is truly awe-inspiring, particularly the main chamber, roofed by its fabulous dome, 30m (98ft) in diameter, just breathtaking.

While sightseeing, I like to be comfortable but don’t want to look too sloppy. Today I went for my T-shirt dress with colourful applications and ballet flats by Lanvin and had an extra pair of  leggings plus my ikat print scarf by Louis Vuitton with me to respect the local dress codes if necessary. Backpack (very practical) by Prada. 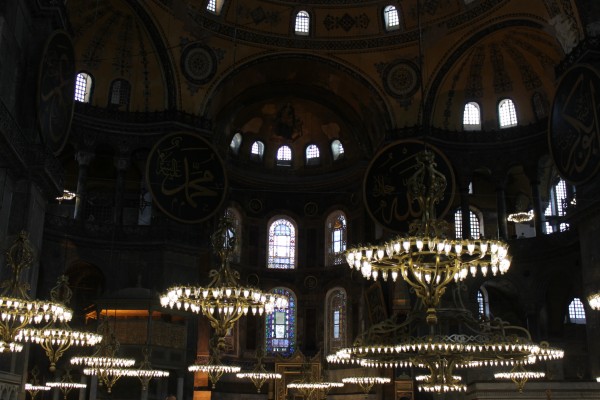