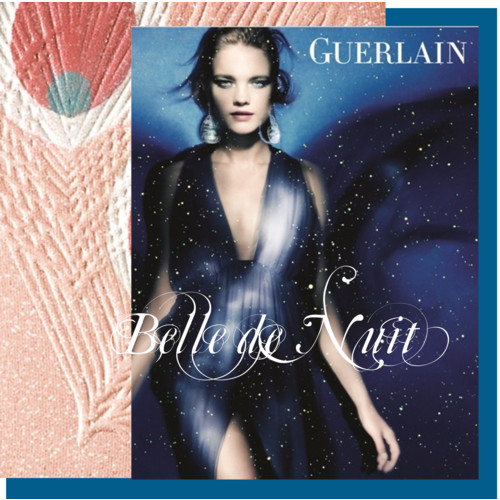 Guerlain‘s inspiration behind their beautiful Holiday 2011 makeup look “Belle de Nuit” is truly worth reading it and might leave you intrigued. Enjoy!

“During the 1920’s and 1930’s, pioneers in aviation accomplished unimaginable feats and these brave pilots became instant, worldwide heroes. It was during this revolutionary period, in 1933, that Jacques Guerlain composed the legendary perfume Vol de Nuit, meaning “Night Flight,” as a tribute to the most famous women aviators of his time. Named for the second book written by his close friend Antoine de Saint-Exupéry, Guerlain’s creation was a bold oriental fragrance that served as ode to all fearless women. Comprised of woody, vanilla and powdery iris notes, Vol de Nuit was for the woman who laughs in the face of fear, for whom nothing is impossible. 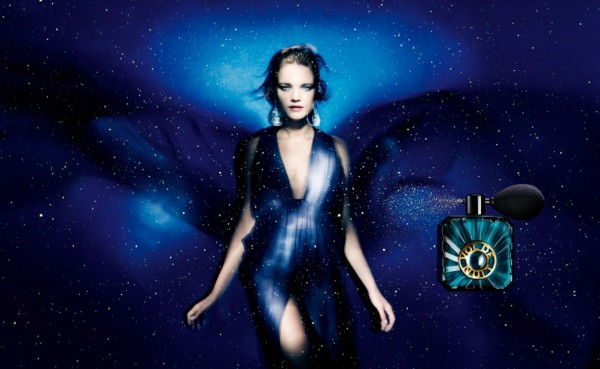 For Guerlain’s Holiday 2011 make-up collection Belle de Nuit, Creative Director Oliver Échaudemaison takes his inspiration from this legendary fragrance. Evoking the changing shades of the night sky, he created daring tones that are both dark and dramatic with mesmerizing iridescent accents. With lacquered and blue-green details, the products are encased within boxes that reveal the blue and black zebra motif found on the original Vol de Nuit box design. Belle de Nuit is a sophisticated and enchanting limited edition collection that is as fleeting as nightfall.” 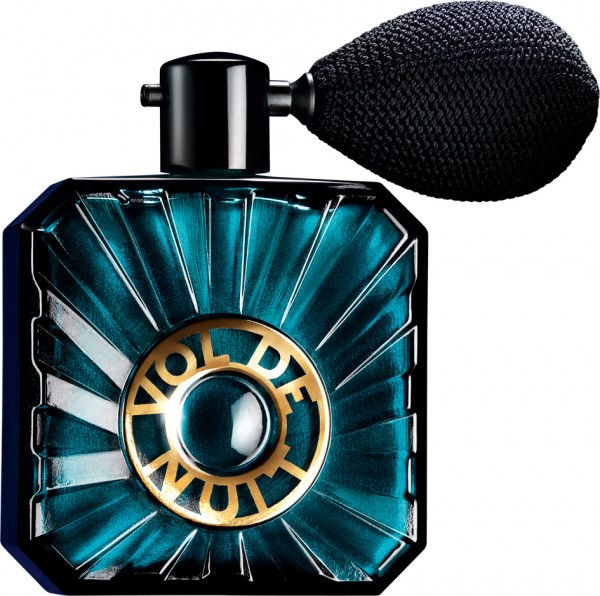 The star product is a combination of a luminous powder and a fragrance that wraps the skin with a veil of iridescent shimmer while being deliciously fragranced by the notes of Vol de Nuit. The universal pale pink shade is accentuated with blue-green and silvery hues to leave the face, body and hair sparkling. The bottle reinterprets that of the original Vol de Nuit, which was revolutionary at the time by being the first to combine glass and metal.

The cult favorite is back and reinvented this holiday season. Although the formula remains untouched, Météorites Perles de Nuit leaves the face glowing and radiant with a new tailor-made harmony. Five perfectly smooth pearls correct, illuminate and even out the skin. It is composed of pink pearls to capture light, white to illuminate the complexion, gold to reflect light, orange to boost radiance and silver to add shimmer without whitening the skin. 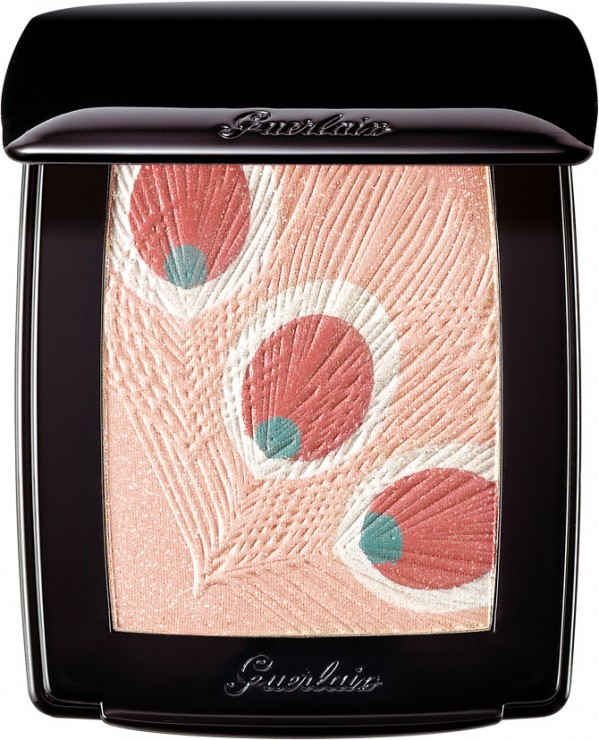 Parure de Nuit is a face powder and blush in one and uses pale pink, white, deep pink and blue green to harmonise skin tone. It comes with a super-soft brush so you can softly sweep across all the shades for face illumination. So pretty!

Guerlain has developed a new color harmony made especially for night owls that creates smoky, seductive and spellbinding eyes. An iridescent texture of green, blue and grey pearlescent particles release luminous color with an extremely metallic finish and is combined with an extra-matte black shadow for a precise, intense liner effect.

The thirties icon Rouge Automatique is back and is more modern and attractive than ever. The Art Déco inspired case opens and closes at the flick of a hand revealing two new shades for holiday. Seductive, yet innocent, in Rouge Automatique, Guerlain has created a second-skin texture allowing for long-lasting wear.

Opening a Guerlain product feels like opening a present, so have fun indulging yourself in pure luxury. The collection is available now.

My beauty must-have: Vol de Nuit Poudre Iridescente Parfumée that will add the perfect sparkle to every festive outfit.