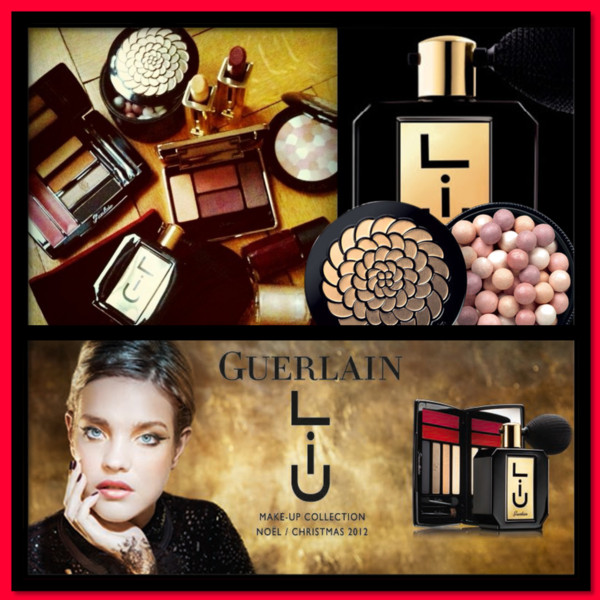 Guerlain’s Christmas 2012 makeup collection was inspired by the brand’s fragrance Liu. It is Olivier Echaudemaison’s interpretation of the scent which was created in 1929 by Jacques Guerlain. Liu is a hymn to femininity and true love, which was inspired by the heroine of Turandot, Puccini’s opera. The story is about the young slave who chooses to commit suicide rather than reveal the name of her master with whom she is in love. The scent symbolized the power of secrets. 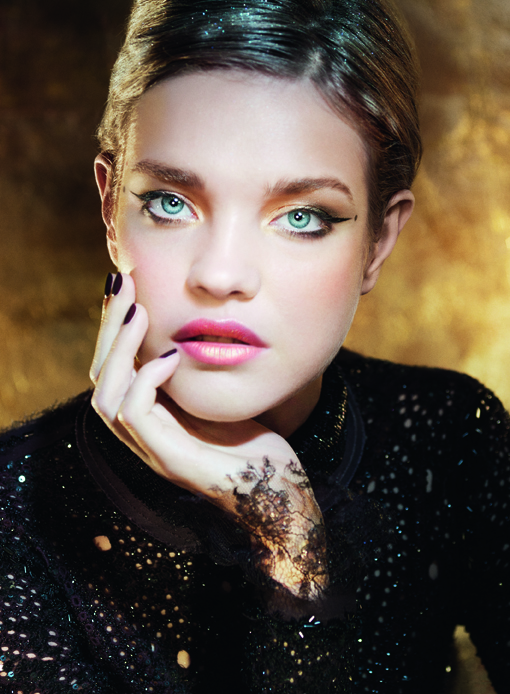 From scent to make-up, this bewitching journey transports us to the threshold of a fantastical and incredibly refined Asia. Golden mists, tapered eyes, a blood-red mouth… Beautifully enhanced by the opulence of the Orient, Guerlain’s modern heroine is Natalia Vodianova who stars once more in the house’s ad campaign. 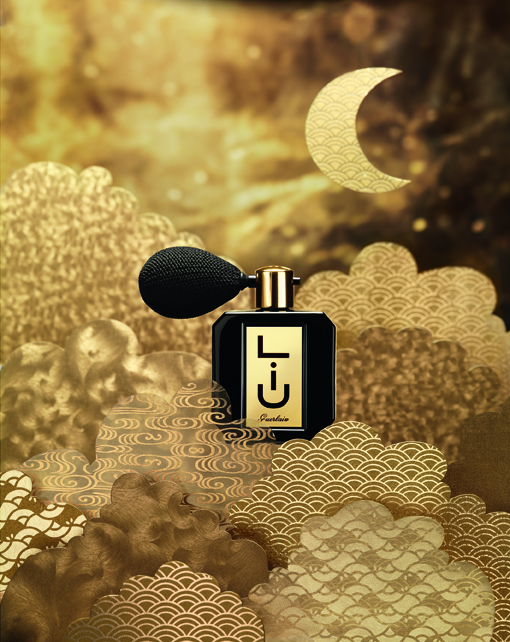 The magical light-as-air loose powder swathes the skin and hair in a silky halo with iridescent golden glints. The sensual universal shade softly illuminates the face, hair and exposed parts of the body from the curve of the shoulder to the top of the décolleté. A scintillating breath exudes luminous aldehydes, a sensual armful of roses and a caressing base of vanilla, iris and woody notes. CHF 112.- 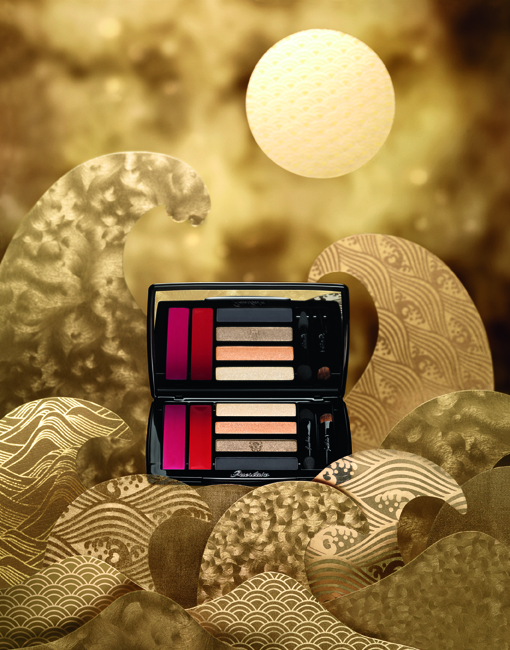 Another icon, the collector’s palette draws its inspiration from the art of calligraphy and Asian beauty rituals. Two fatal shades for the lips, carmine and blue-toned red, and three eyeshadows with an iridescent powder texture that plays on every tone of gold – bronze, copper and white. A matte black powder line that can be used wet or dry is the ultimate accessory for an unforgettable gaze. CHF 105.- The legendary Météorites have been reinvented in two luxurious limited-edition versions. In the year of the dragon, they have been christened Perles du Dragon and Wulong – meaning “black dragon”. They pay tribute to this mythical animal, a symbol of the emperor of China, whose primary source of power lay in pearl, synonymous with happiness, wisdom and abundance. Perles du Dragon CHF  76.- and Wulong CHF 220.- 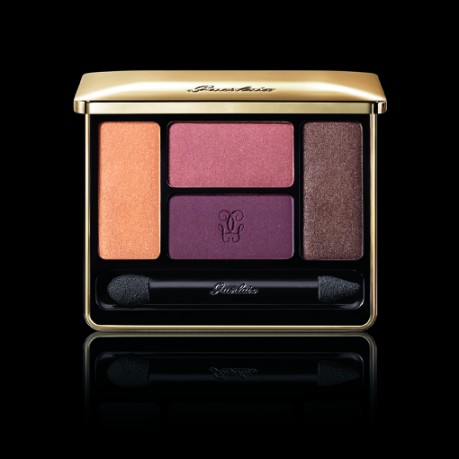 Available this fall in two colours: 700 Altoum, a gold adorned with tone-on-tone sparkle that is worn on bare lips or alternatively as a top coat and 760 Lou-Ling, an enchanting beautiful plum with a golden sparkle for an even more fiery effect. CHF 54.- each 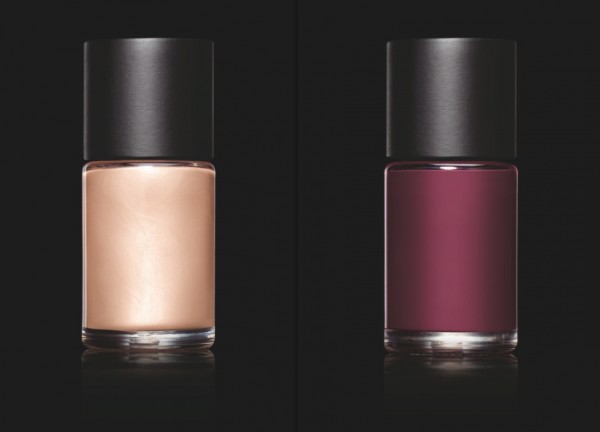 Dare to display ultimate sophistication down to your fingertips with limited-edition nail polishes in the same jewel tones 03 Altoum, a gleaming gold for a precious glow, 04 Lou-Ling, a stunning plum for spellbinding nails. CHF 36.- each

Personally speaking, I adore this festive make-up collection very much. The packaging itself is so luxurious and beautiful that you will enjoy the products whenever you hold them in your hands as much as putting them on your face. In stores now.