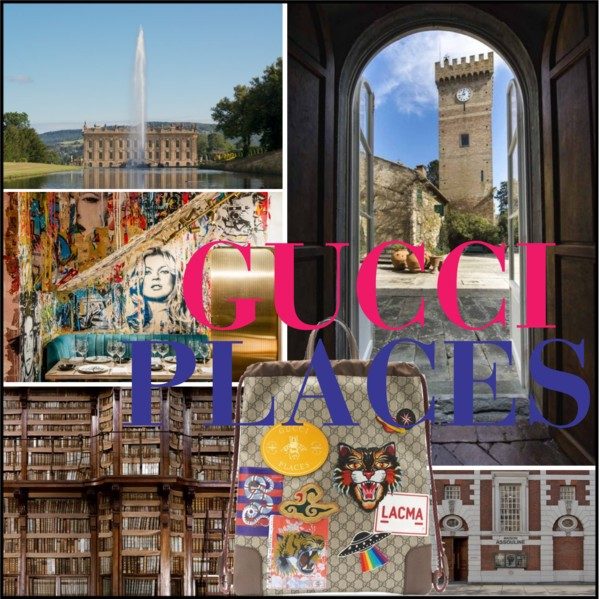 Gucci is pleased to announce the development of Gucci Places, its initiative designed to invite people to explore locations around the world that have inspired the House.
The very first Gucci Place, which was unveiled earlier this year was Chatsworth in Derbyshire, England, where Gucci supported House Style exhibition. Chatsworth was also the location of the Gucci Cruise 2017 advertising campaign.

Now Gucci has chosen a variety of further locations that reflect the taste and values peculiar to the House, and designated these: Gucci Places. The idea is to encourage people to discover interesting and unexpected stories about these places, and so become part of a community. The Gucci Places programme is thus a network of locations connected to Gucci, all of which possess the quality of being able to surprise, arouse interest and inspire a creative response. 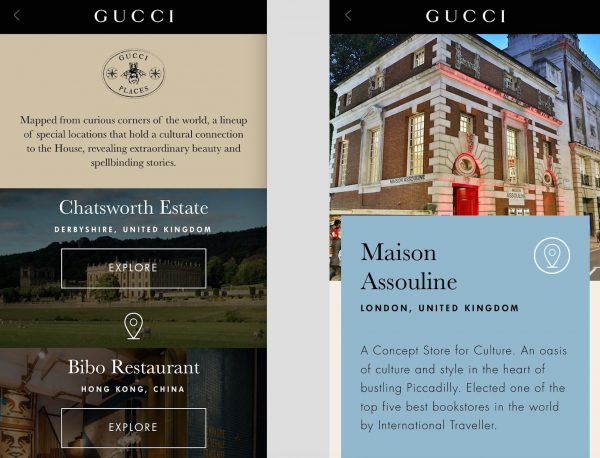 To bring the Gucci Places programme to life, the Gucci App has functionality that enables people to become involved in the story of each designated Place. It is configured to use the geolocation services of a user’s mobile device so that when you are in the proximity of a Gucci Place you will receive a push notification to invite you to visit the relevant location. When in the Gucci Place, the App allows users to check in and win a badge associated with it. You can thus collect the badges of all the Places recommended by Gucci, and can share these on social media.

The App also provides a detailed description of the Place, featuring texts, pictures and/or videos. Users can also access an information section, which enables them to contact the Place by email or phone, or visit its website. Each Place has a section on the App dedicated to the events it is staging, enabling you to browse the scheduled programme. 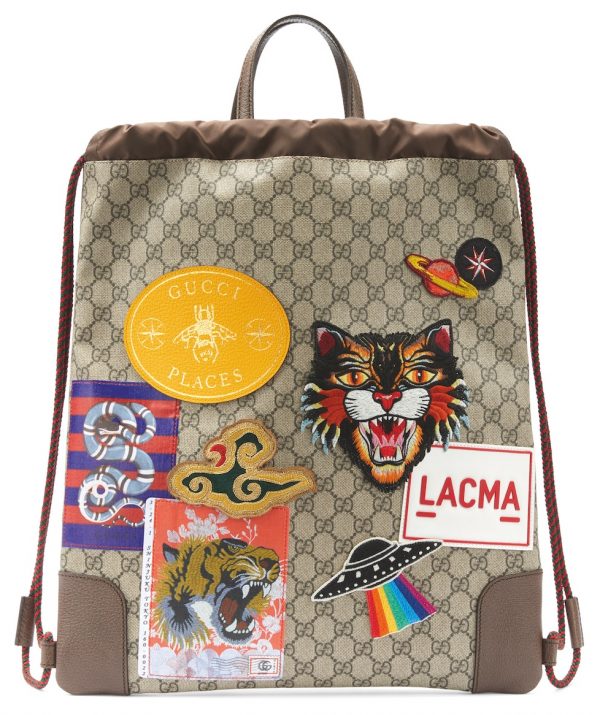 Furthermore, an exclusive selection of products, based on those in Gucci’s Courrier collection, is being created as part of the Gucci Places initiative. Special patches inspired by each Gucci Place have been developed and will feature on the products, which will be available for purchase at the relevant Gucci Place (when feasible) and at the nearest Gucci store. 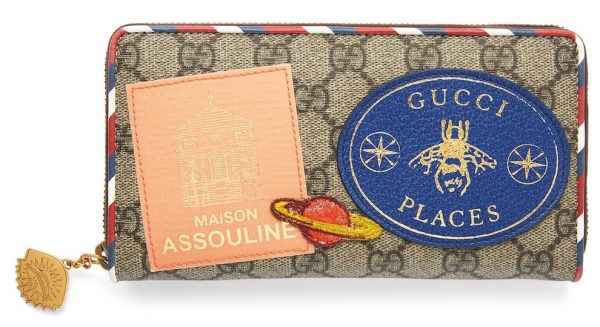 The patches are inspired by the Place in question and reflect Gucci’s eclectic aesthetic, incorporating motifs that reference the location – a coat of arms, perhaps, or a design detail from a building.
The first products featuring the Chatsworth patch have been on sale at Chatsworth House and the Gucci flagship store in Sloane Street, London, since July.

The new Gucci Places are:

The Biblioteca Angelica, Rome, Italy. Founded in 1604, the this was the first public library in Europe and has a vast bibliographic collection, featuring manuscripts that belonged to the Augustinians. Gucci hosted a private party here to celebrate the publication of A Magazine Curated By Alessandro Michele, and it was also the setting of the Gucci Pre-Fall 2017 look book, shot by Derek Ridgers. 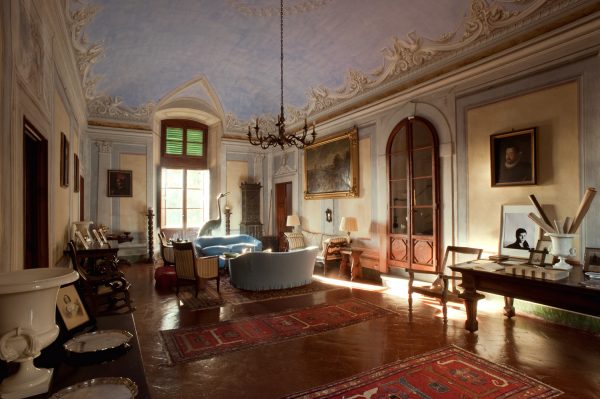 Castello Sonnino, Montespertoli, Firenze, Italy. A family home, historical wine estate and an international educational centre, Castello Sonnino was originally a customs post between the territories of Florence and Siena, and dates back to the 13th century. It was the location of the Gucci Cruise 2016 advertising campaign. 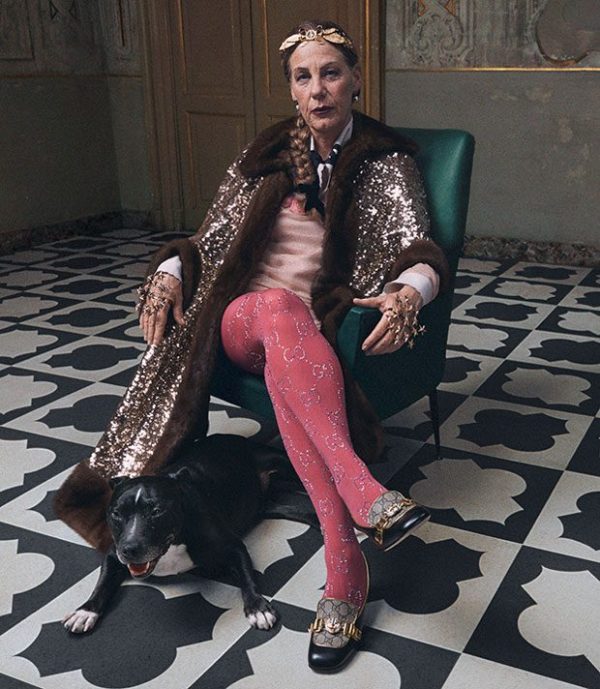 Moreover, Caterina de Renzis Sonnino, who lives and owns the Castle, has starred in the latest Gucci Cruise 2018 advertising campaign.

Maison Assouline, London, United Kingdom. Originally a banking hall designed by Sir Edwin Lutyens in 1922, this Grade II listed building is now home to the all-encompassing Assouline cultural lifestyle hub. The limited-edition Gucci book, Blind For Love, by Nick Waplington, documenting the Gucci Cruise 2017 collection, was published by Assouline and presented at this store at a special book signing by the artist.

Los Angeles County Museum of Art (LACMA), Los Angeles, California, USA. In 2011, LACMA launched its first annual Art + Film Gala. Each year the event celebrates the work of an accomplished filmmaker and artist who have made significant contributions in art and film. Since its inauguration, Gucci has been the presenting sponsor of this benefit event. 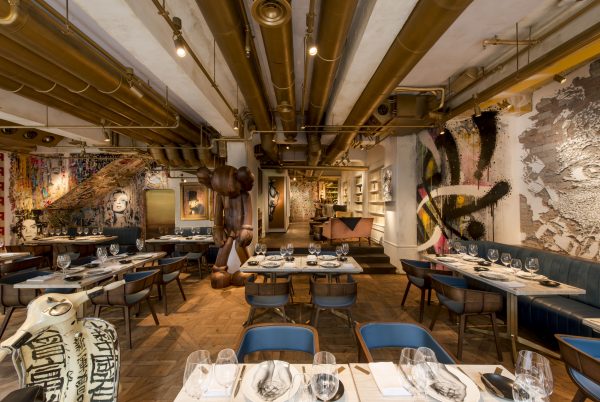 Bibo, Hong Kong. An extraordinary restaurant with a 1930s feel. Here, seasonal French gastronomy is served in a space featuring the works of some of the world’s most renowned contemporary artists, including Banksy, Damien Hirst and Jeff Koons. To celebrate the #GucciGram Tian digital art project, which took place during Art Basel Hong Kong 2016, Gucci held a private dinner at Bibo. 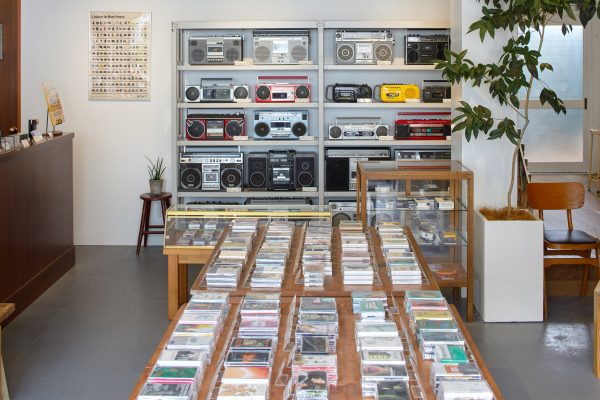 Waltz, Nakameguro, Tokyo, Japan. A shop specialising in cassettes, vinyl, VHS tapes and boomboxes, Waltz is a truly unique place. It also carries old magazine editions. The area of Meguro and its nostalgic atmosphere, where Waltz is located, evokes the set of the Fall Winter 2016 campaign which was shot in Tokyo by Glen Luchford.