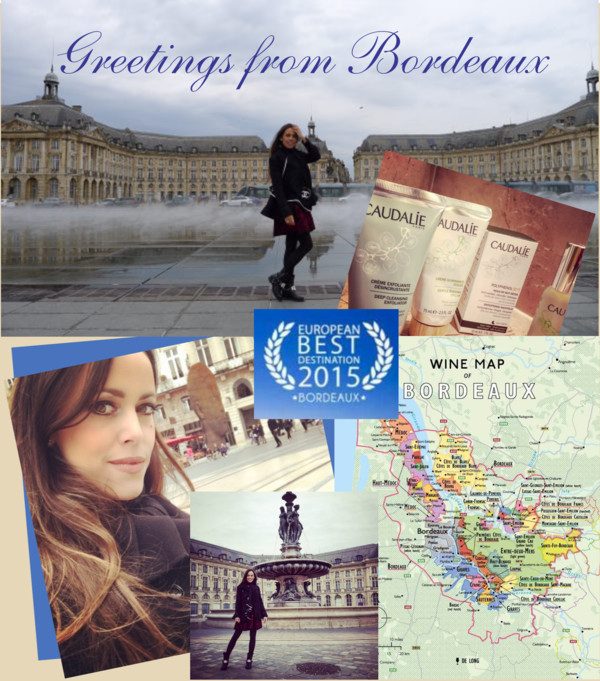 , the French beauty brand that is committed to delivering all natural, anti-aging skincare with the power of the vine. The port city on the Garonne River in southwestern France is home to the vineyard-inspired luxury house.

Despite the cold temperatures and the rain, I walked around the streets of this extremely picturesque town that is the world’s major wine industry capital. Its historic part is on the UNESCO World Heritage List as “an outstanding urban and architectural ensemble” of the 18th century.

I had so much fun that I was jumping around…

Located between the Garonne and beautiful 18th century architecture of the Place de la Bourse, the Mirroir d’Eau is the most-photographed site in Bordeaux and is listed as a contemporary World Heritage Site by Unesco. Designed by landscape artist Michel Corajoud, it alternates a mirror effect and artificial misting in an extraordinary way. 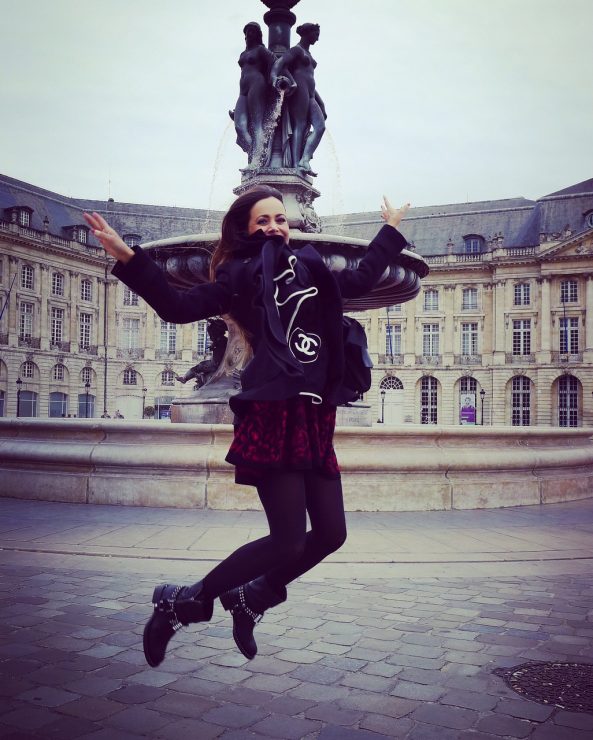 In front of the fountain at Place de la Bourse

Place de la Bourse, also known as Place Royale, is one of Bordeaux’s most beautiful squares.

The cutest stores can be found in the streets of Bordeaux. 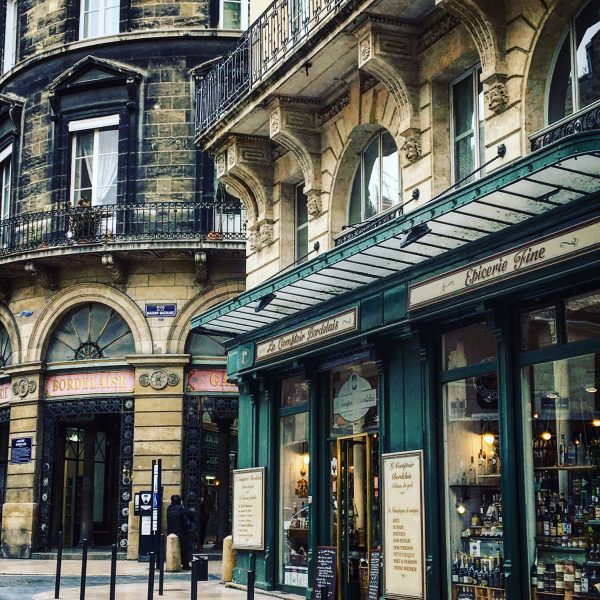 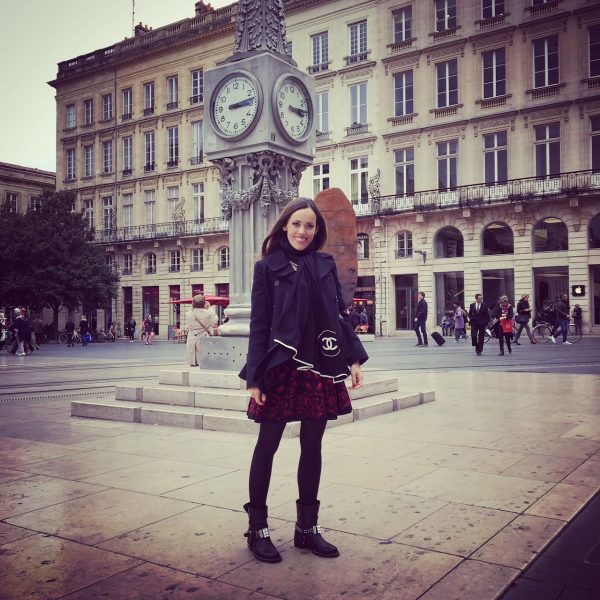 At the Place de la Comédie

Place de la Comédie is a place where the main streets of Bordeaux converge, including the 1200 meters long promenade Sainte Catherine, which is said to be the longest pedestrian shopping street in all of France. Mind the trams and settle on the terrasses to enjoy the beautiful sight of la vie bordelaise going by. A huge statue of a woman’s face, so-called «Sanna» by Catalan artist Jaume Plensa, has been standing there since 2013. 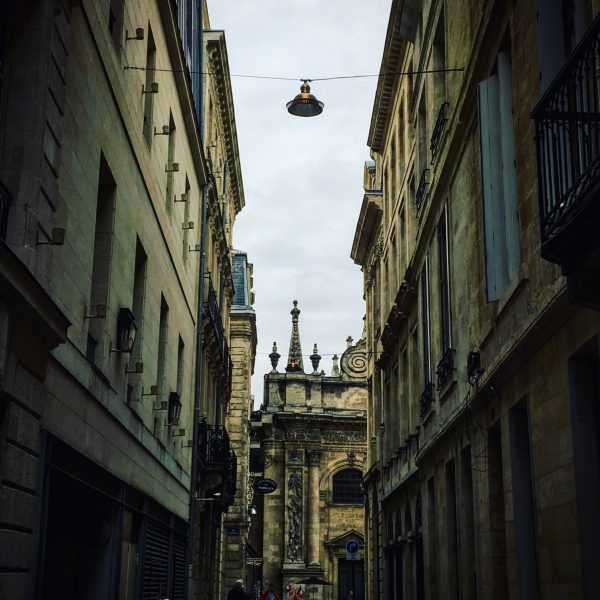 The name loosely translates as the «Church of Our Great Lady». It is an 11th century Gothic church located at Rue Marbly and one of the city’s most popular buildings. Built by Pierre Duplessy, a renowned architect and town planner in the late 17th century, it is a listed historical monument.

Bordeaux is an extremely beautiful city that I can only recommend to visit. Stay tuned as I will tell you more about my hotel, Les Sources de Caudalie and all my little adventures here soon.