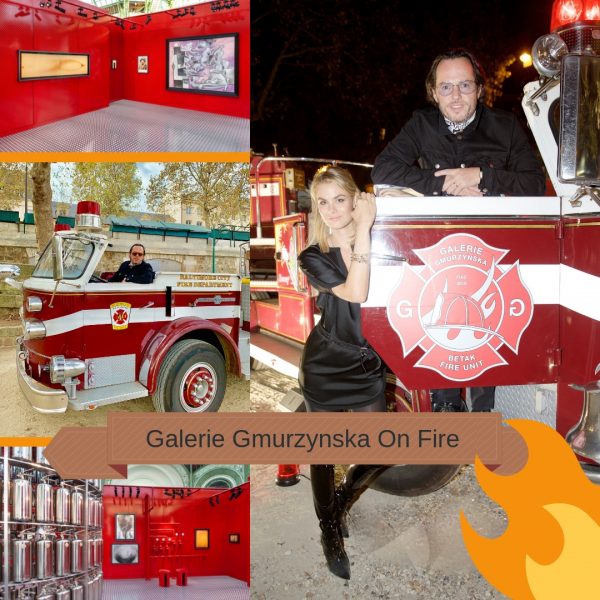 «An important part of my life designing installations, spaces and experiences is actually spent putting out fires! I thought it was time to celebrate that fire…and help put the Art World on fire too! So I chose to show only burnt art and art relating to fire from the fantastic Gmurzynska collection, and create for these an environment that is pop and thematic, inspired by the beautiful look of fire stations, as a boy dreaming of them, pop and joyful, yet modern, minimal and fairly neutral, to enhance the viewing of such important art. It is made of traditional industrial materials, lacquered diamond steel plates and fire extinguishers, but reinterpreted to serve their new purpose in a luxurious manner.» Alexandre de Betak

Having presented a Karl Lagerfeld designed booth in 2011 at FIAC, Galerie Gmurzynska – the leading international art gallery specializing in masterpieces of both classic modern and post-war art – is returning to the fair with a visionary installation by French designer, scenographer and creative director Alexandre de Betak, who is mostly known for his involvement in the production of Victoria’s Secret shows, which he has producing and choreographing for many years. 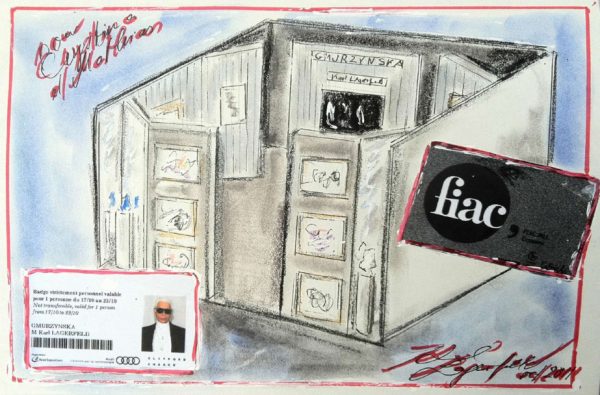 2003 marked de Betak’s debut in design, when he created an acrylic glass bookshelf and a leather bench with French design house Domeau & Perez. Moreover, he is known for various collaborations with important museums, among others the MOCA in Los Angeles and the Musée des Arts Décoratifs in Paris. 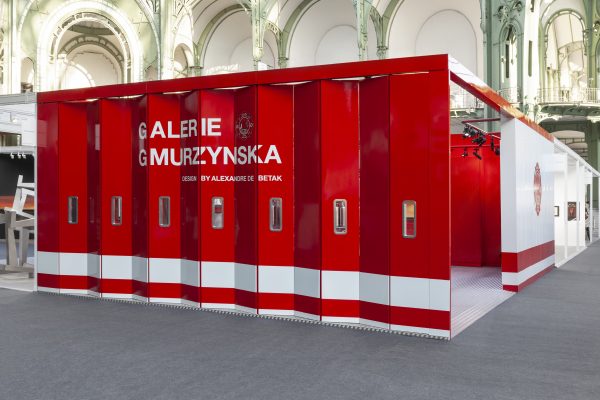 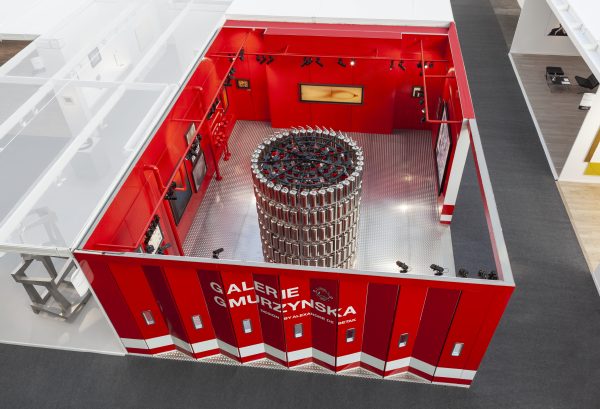 Since its discovery, fire has been the propelling force of innovation, civilization and ultimately cultural advancement. Artists throughout the history of art have been drawn to its ethereal power to destroy, create, cleanse and illuminate. 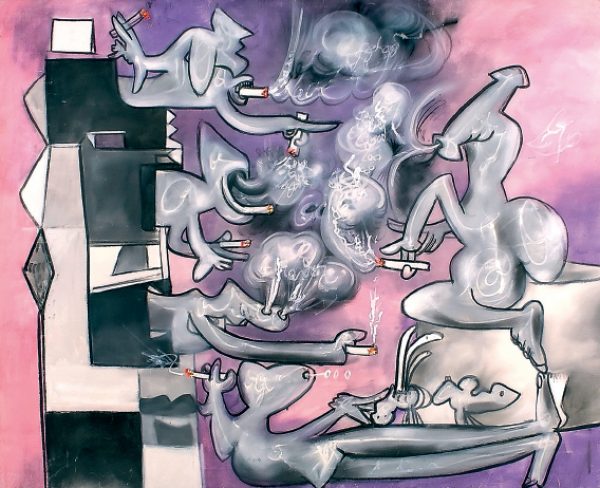 The survey exhibition «On Fire» will include a diverse list of artists using or depicting fire in all forms throughout the 20th Century, from Joan Miró to Otto Piene, Yves Klein, Alberto Burri, Roberto Matta up to Tom Wesselmann and others. A booklet with an introduction by Germano Celant will be accompanying the exhibition. 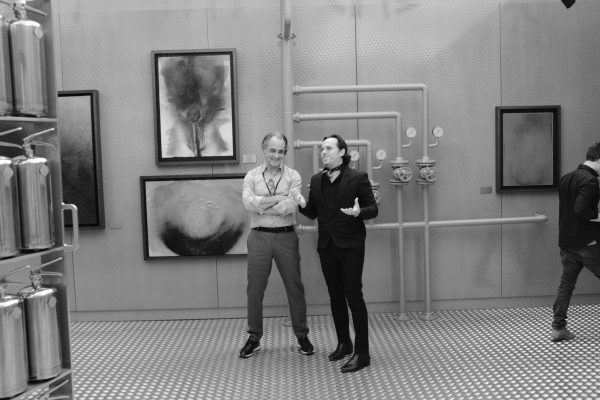 Mathias Rastorfer at the booth with Alexandre de Betak 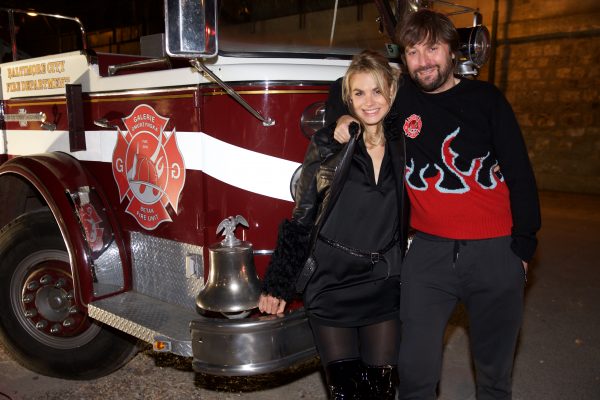 Isabelle Bscher at the opening party with Francesco Vezzoli 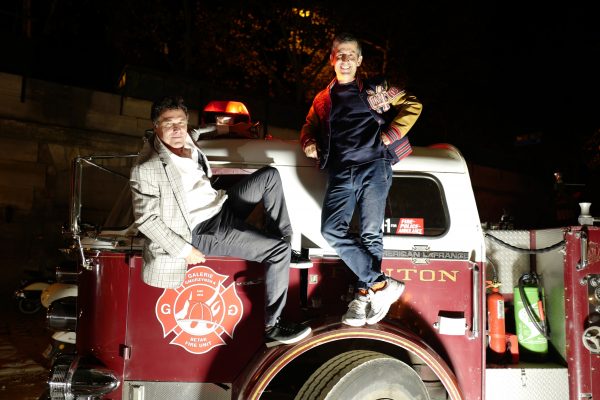 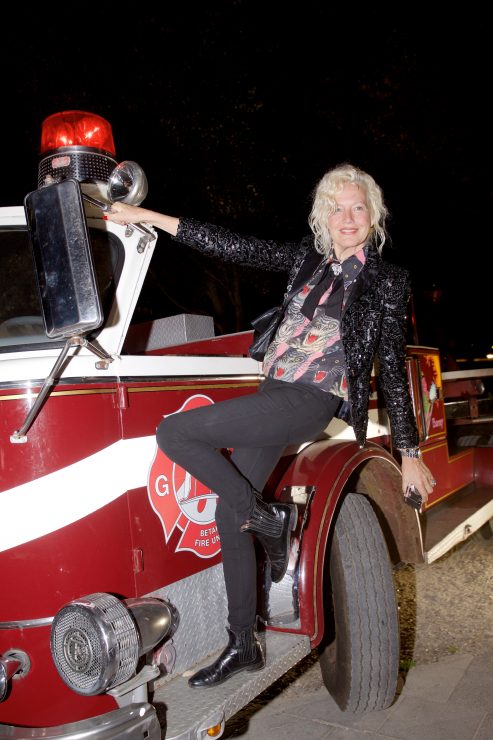 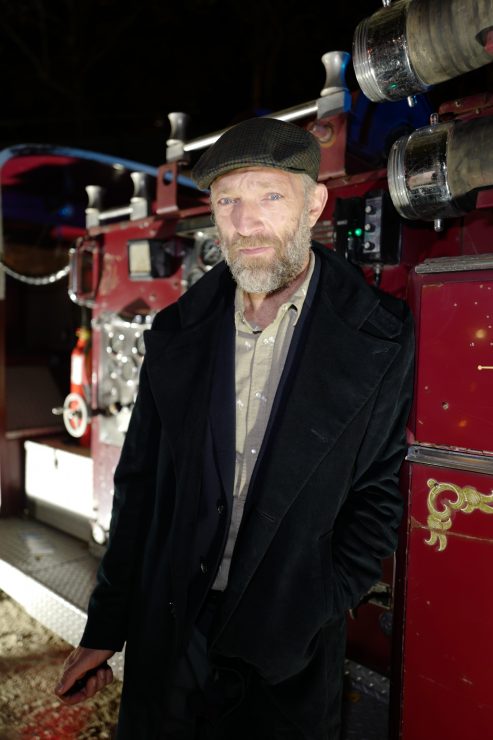