Editors of Vogue from around the world converge today in Tokyo for a very special Fashion’s Night Out event in a bid to boost spirits and sales following the earthquake and tsunami which devastated Japan earlier this year.

For the first time Vogue editors from all its magazines across the world joined forces for Fashion’s Night Out Japan. Led by American Vogue Editor Anna Wintour, who conceived of Fashion’s Night Out in the midst of the 2009 economic crisis, the editors represent the 18 countries where Vogue is published. 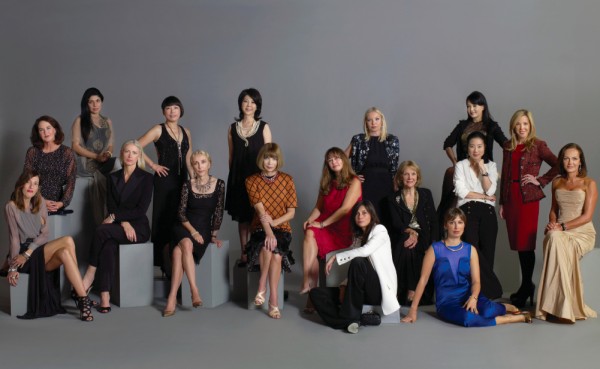 Jonathan Newhouse, Chairman of Condé Nast International, said, “The presence of all the Vogue editors in Tokyo underscores Condé Nast’s deep commitment to this market. Japan is a key market for the fashion industry, and we will give it the maximum support possible as the country recovers.”
Anna Wintour commented, “Japan is a major player in the global fashion community, both as supports and wonderful contributors to it. The country’s educated consumers and its designers – from supremely inventive established names such as Yohji Yamamoto and Junya Watanabe, to exciting new labels such as Sacai – invigorate our world. We are thrilled to support and celebrate Japan’s far-reaching influence and creativity with a very special Fashion’s Night Out in Tokyo.”

Asia is the future…