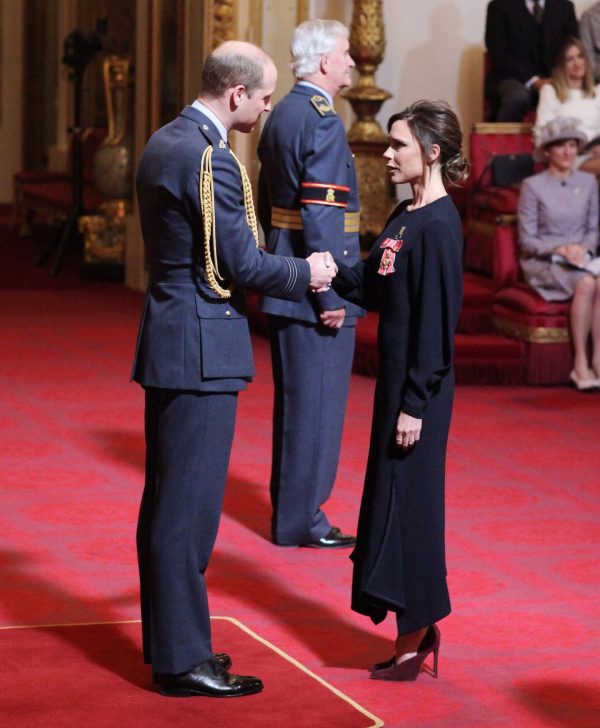 «Fashion stole my smile» is actually hard to believe when you think that Victoria Beckham received yesterday the Order of the British Empire ceremony as the designer’s and former pop star’s contributions to the national fashion industry were honored at Buckingham Palace. Wouldn’t we all be grinning if we received such a recognition from Prince William?! Dressed in one of her iconic ladylike knit dresses, she was accompanied to the palace by her parents and husband, David Beckham, who was granted the same title 13 years ago. 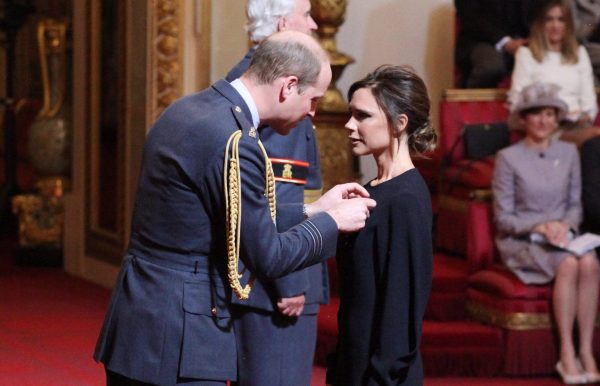 The dress was really beautiful and cozy. Its bouncing hem gave her a young school girl-like look that she paired with her signature sky-rocketing stilettos for a posh overall look.

Still the question, which she hates the most, is there: Why doesn’t she ever smile?

«I’m smiling on the inside—I feel I have a responsibility to the fashion community.» – Victoria Beckham 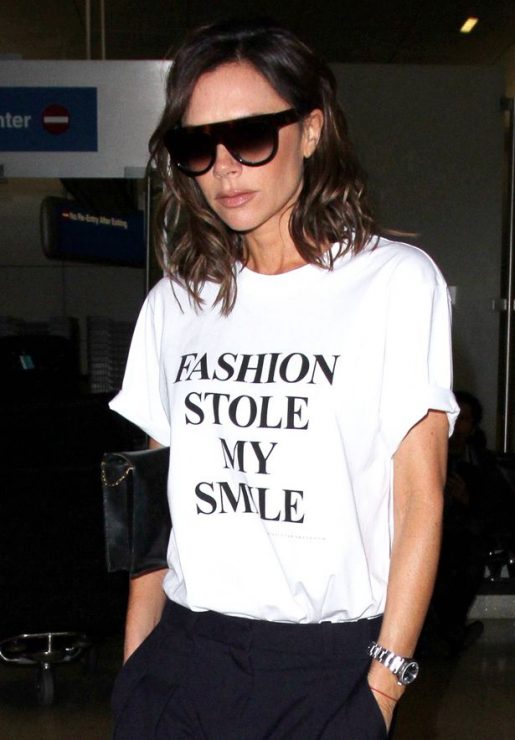 Recently she was spotted at LAX airport in a T-shirt from her Victoria, Victoria Beckham Pre-fall 2017 line, that has almost sold out in a second. It should put the issue to rest once and for all.

The slogan tee «Fashion Stole My Smile» is available now for £95.00 online in black and white and in her London store at 36 Dover Street.

YOU CAN SHOP A LARGE SELECTION OF VICTORIA BECKHAM ONLINE HERE.