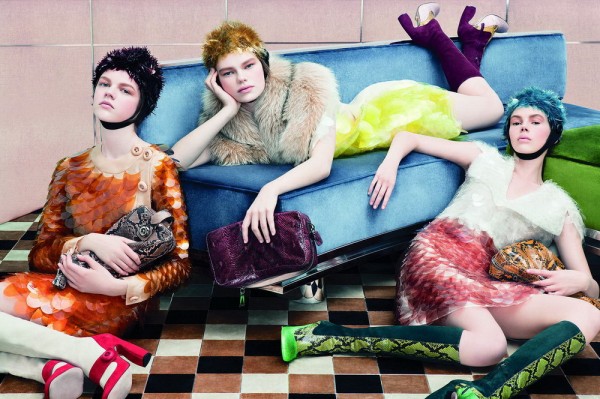 Summer has officially just started, but when it comes to fashion, we are right in the middle of winter.
The F/W 2011 ad campaigns are popping up and one of the most talked about this season is Prada’s „fashion maximalism“. Shot by Steven Meisel, the photos show never-before-seen faces such as Frida Gustavsson, Ondria Hardin, Dorte Limkilde, Kelly Mittendorf, Antonia Wesseloh and Julia Zimmer. 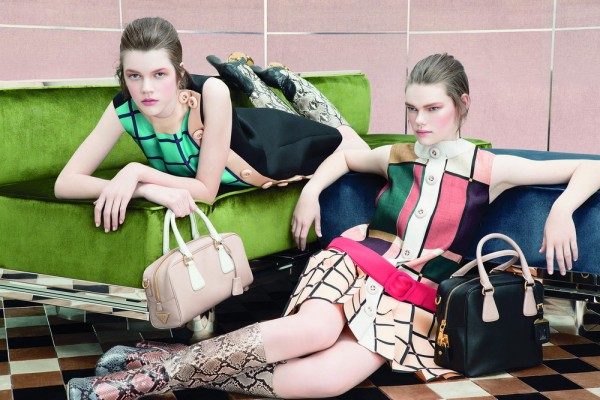 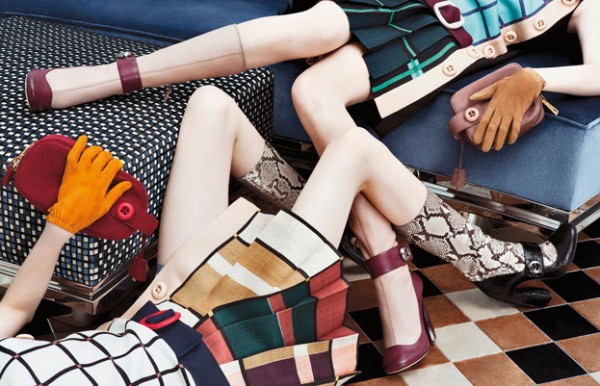 One thing is for sure, same as the S/S 2011 banana prints, those trompe l’oeil boots in bright and exotic skins will be seen everywhere the next season and the `60s colour block shift dress will be on every fashionista’s shopping list. 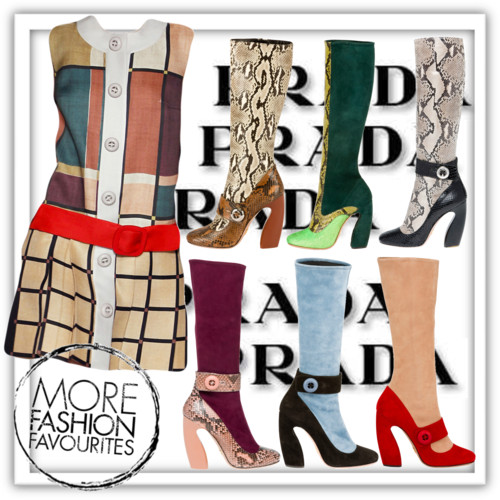 It wouldn’t be Miuccia Prada, if she didn’t surprise us once more. The face of her Miu Miu F/W 2011 ad campaign is 14-year-old actress Hailee Steinfeld who was photographed by Bruce Weber.

After nine seasons working with Mert Alas and Marcus Piggott, Miu Miu is going in a new direction, with this different and fresh campaign. 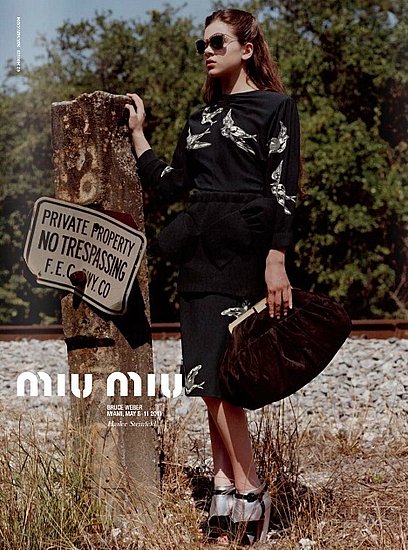 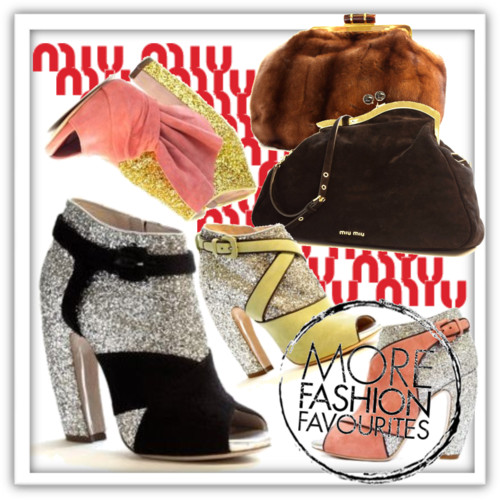 Those glitter booties are sure to get even more buzz, they are to-die-for! Same as the oversized clutch bags, preferably in fur.