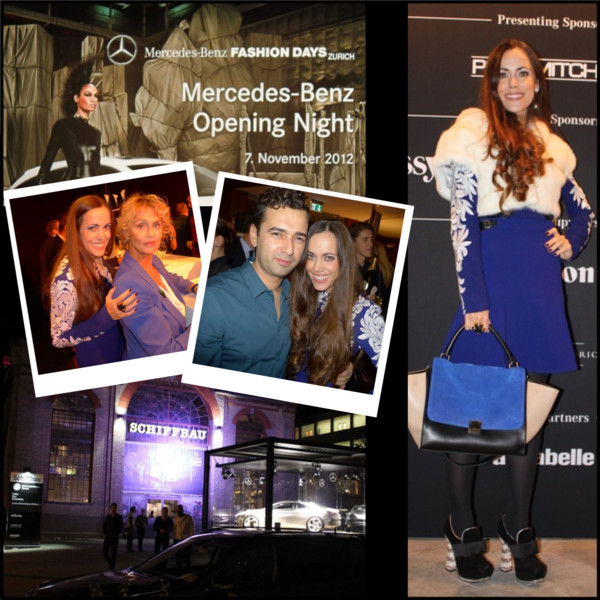 This week, the Mercedes-Benz Fashion Days Zurich take place. In comparison to the Fashion Weeks in Paris, Milan, London and New York, those days focus more on the business-to-consumer side with tickets available for sale to get a feeling of high class fashion in reality. They are also devoted to helping upcoming young designers, enjoying the S/S 2013 collections of established and famous designers and to just having a lot of fun. 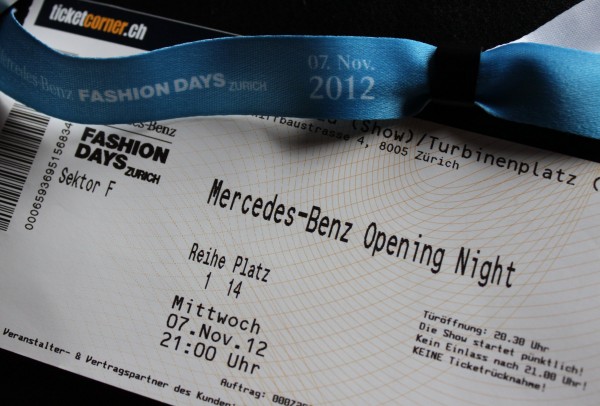 Speaking of which, the four-day event kicked off on Wednesday with the Mercedes-Benz Opening Night. Among the famous guests American actress and former model Lauren Hutton, the world’s first male supermodel Markus Schenkenberg and British singer Dionne Bromfield.
MSGM di Massimo Giorgetti, Marco de Vincenzo, Mila Schön and Angelos Bratis presented their collections for the next season, followed by a musical performance of the Swiss band Pegasus. The culmination of the event was the runway show of Laurèl. 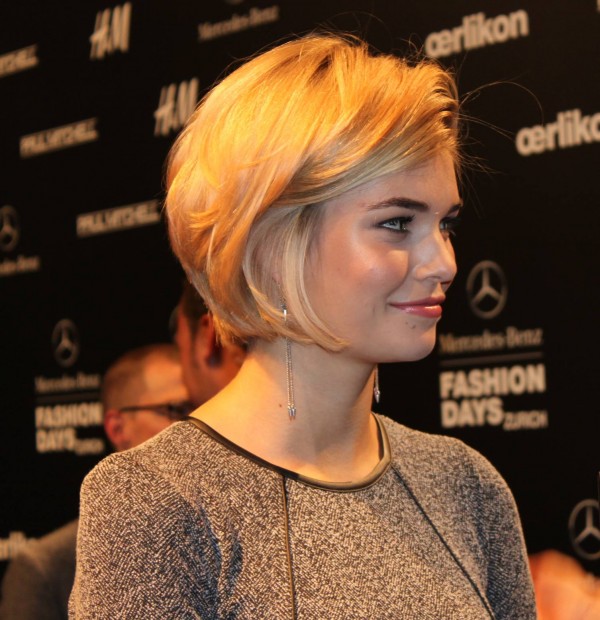 Spotted on the red carpet in the VIP-tent and later on the runway: Luisa Hartema, winner of Germany’s Next Topmodel 2012. 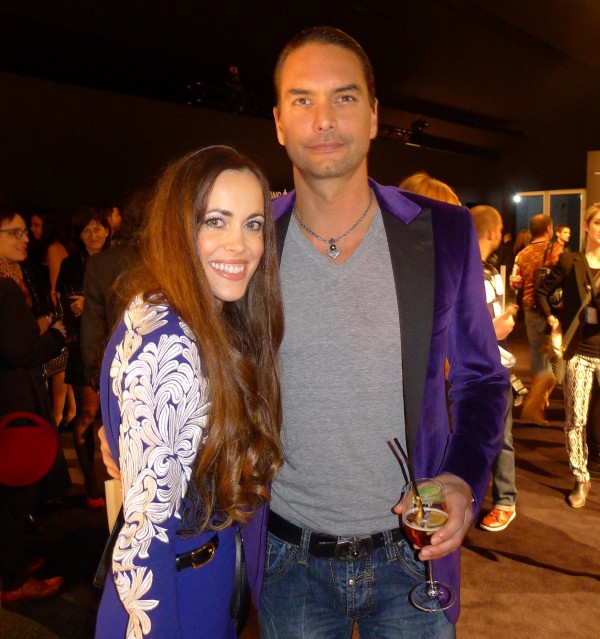 Markus Schenkenberg with me 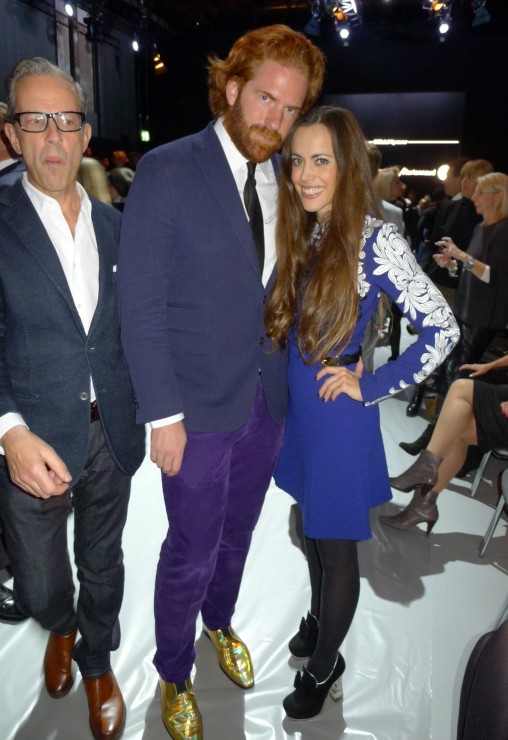 How cool are the shoes of Patrick Liotard-Vogt, especially in combination with his purple pants… 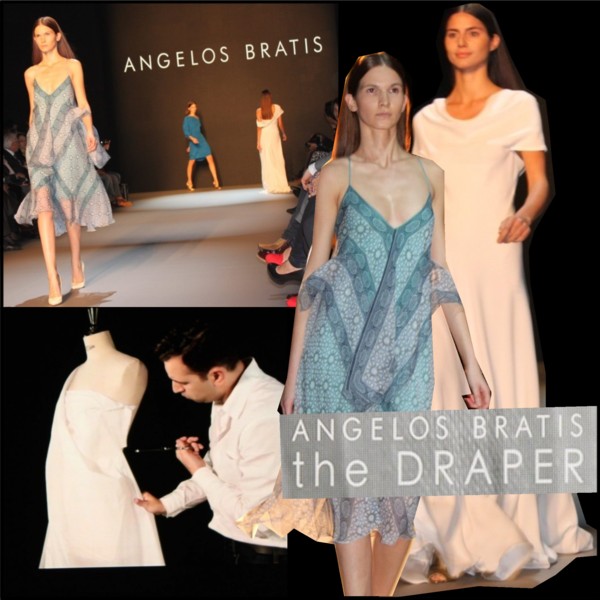 Greek designer Angelos Bratis,“The Draper”, won the first prize of the “Who Is On next?” competion for emerging fashion designers in 2011, organized by AltaRoma and Vogue Italia. The international jury was composed by important names of the fashion industry such as Suzy Menkes (International Herald Tribune) and Franca Sozzani (Vogue Italia). His winning brought him international press acclaim and a new job. He just moved to Milan to design the Vionnet collection. I couldn’t think of a better match! 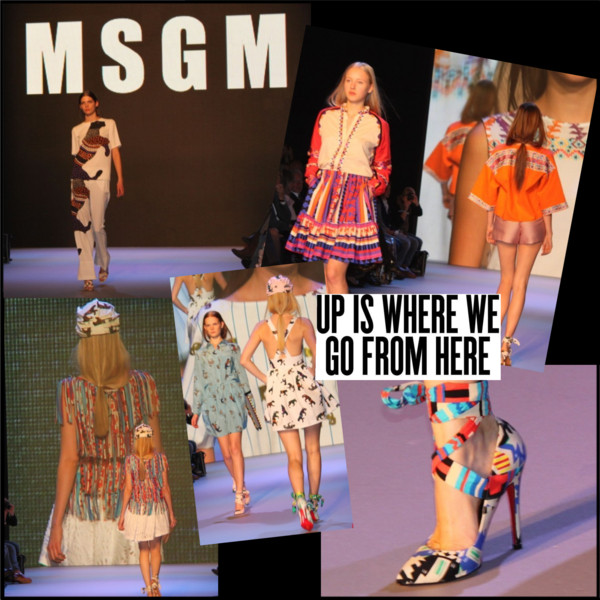 “I love the air, the sky and the people”, Massimo Giorgetti said about being in Zurich. He went on about his designs: “I love Indie music. MSGM is my soundtrack of the last six months when I was preparing the collection.” Massimo Giorgetti’s idea of MSGM is to mix and match great tradition with revolutionary ideas from the new millennium, and the first collections have been celebrated by the industry thanks to their inner iconoclastic and celebrative spirit.
To shop MSGM by Massimo Giorgetti click here. 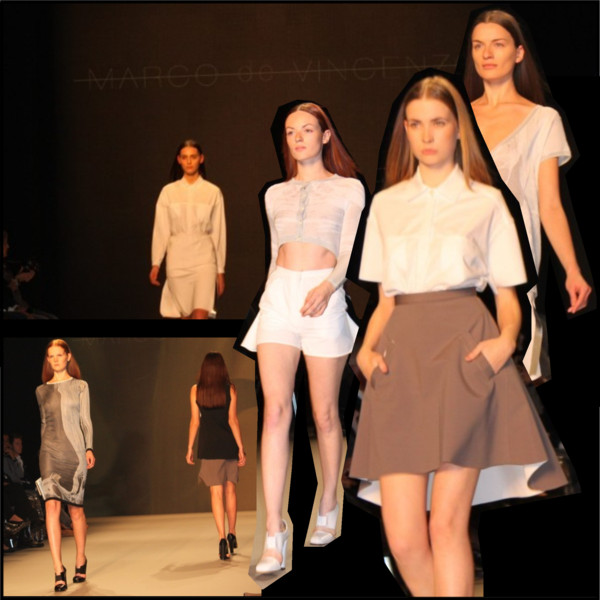 Marco di Vincenzo is Italian fashion’s rising star. He started his career as one of Silvia Venturnini Fendi’s key assistant on accessories at Fendi. Now with his own line, he has gone spare for the S/S 2013 season, showing cotton poplin pieces with jersey backs, sporty with an interesting approach to volume.

Bianca Gervasio, Creative Director of Mila Schön, has a very good eye for colour and feminine cuts and showed a contemporary lightness paired with romantic details for the next summer. The young designer said about Zurich that she likes “the colourful and prismic light that gives it an elegant ambiance and its sophisticated people.” 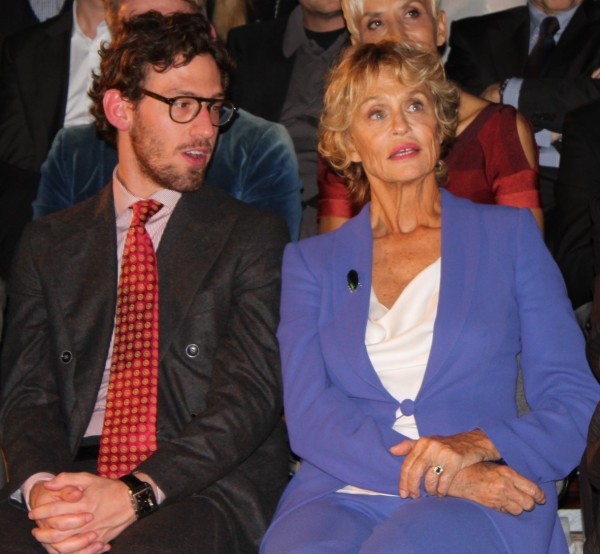 Lauren Hutton, who had graced 27 Vogue covers, was sitting of course front row and told Annina Frey that “her beauty secret is having a good man in your life”. 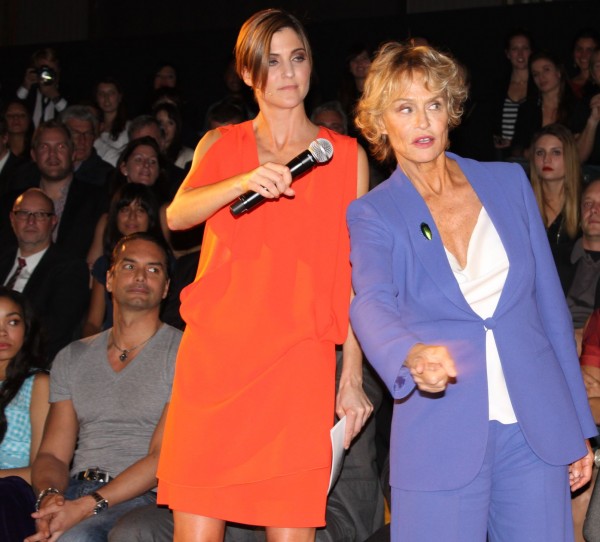 At the Mercedes-Benz Opening Night, Laurèl sent their models in ’50s bikinis, pencil skirts and cute little tops down the runway. Highlight of the collection: The vibrant gowns.

The after party took place at the Park Hyatt and was a lot of fun. 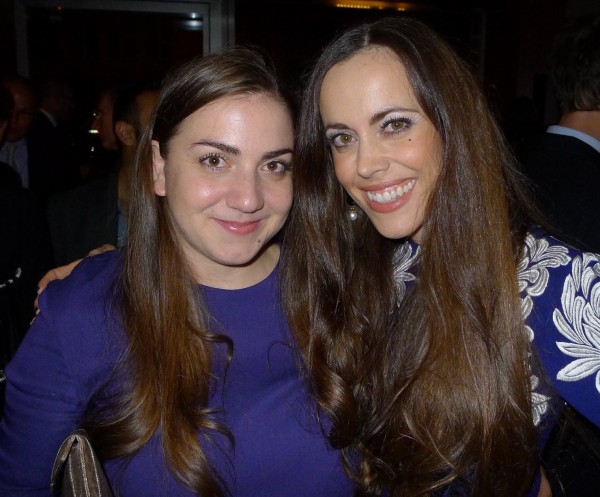 Bianca Gervasio with me 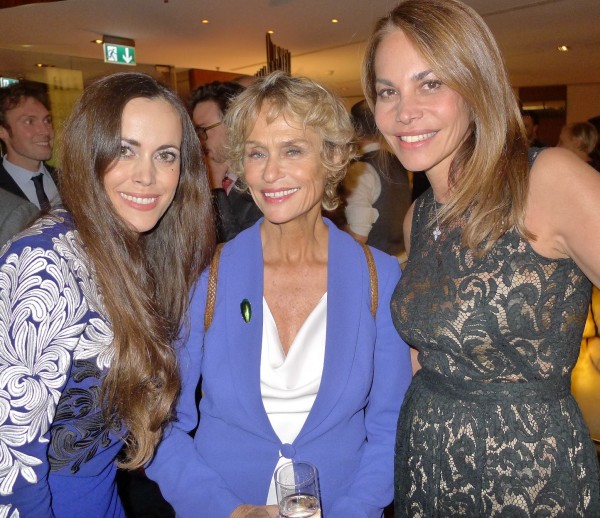 Celebrating with Angelos Bratis and his friends.

Stay tuned for a detailed post of my outfit and of course all the other nights coming up soon. Unfortunately, I am little behind with my posts as my blog has experienced some technical problems during the last days due to maintenance work. You might have realized that the newsletter hasn’t been sent neither. My apologies for that!