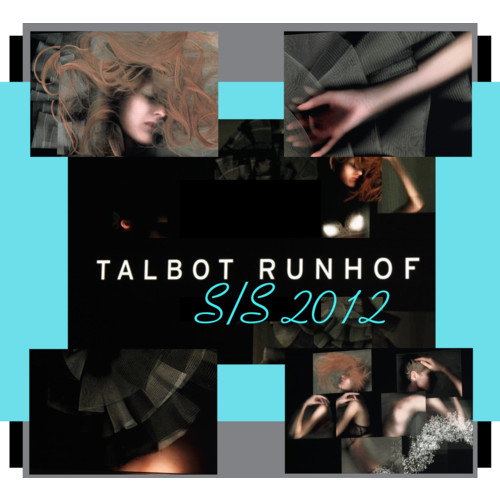 As the culmination of the Mercedes Benz Fashion Show Friday night in Zurich, Talbot Runhof showed their beautiful S/S 2012 collection.

The Munich-based label was born under Johnny Talbot & Adrian Runhof. The best way to describe their style is to focus on their attention to craftsmanship and detail and their exquisite couture cuts. A Paris Fashion Week regular and often seen on the red carpets, their billowing gowns and playful creations present a sophisticated, feminine glamour.

Talbot Runhof can be found in the best boutiques all over the world, including leading American department stores, such as Bergdorf Goodman, Neiman Marcus, Saks Fifth Avenue and at Harrods in the UK. 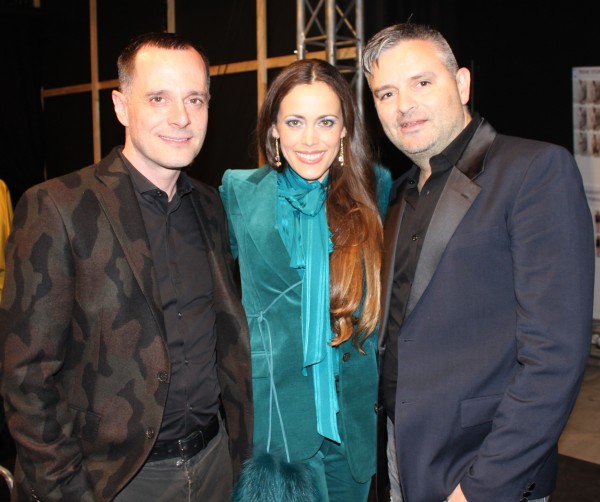 Johnny Talbot to the left and Adrian Runhof to the right with me.

Before the fashion show, I went backstage to talk to the designer duo. Enjoy!

Adrian,  how does it feel to be here in Switzerland to present your collection?

I love Switzerland, I am often here. Therefore it is so exciting for us to have a show tonight. We have many fans among the Swiss and sell very well in Switzerland.

Please tell me something about your inspiration for the S/S 2012 collection that we are going to see tonight!

Christian Lacroix has designed the costumes for the Munich Opera recently. This has inspired us, not the costumes themselves, but the early stage of Lacroix. When we got started in the Nineties, Lacroix played such a major part in our fashion history. Later, he lost it, his creations became overloaded. His golden age was marked by his ability to mix and match patterns and fabrics, as well as his amazing colour combinations. And this has inspired us!

Do you have any Swiss woman that you would like to dress?

Actually yes and we dress her tonight: Sarina Arnold. She will open the show and will present the final look, too. 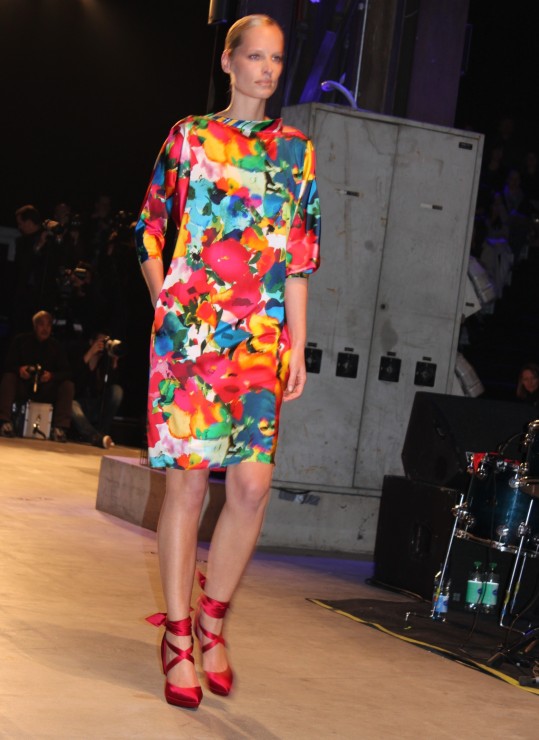 Sarina Arnold opened the show in a bright floral dress

What are your future plans?

(Both smiling.) Who knows? We have created for the first time bags and shoes and will take it from there. 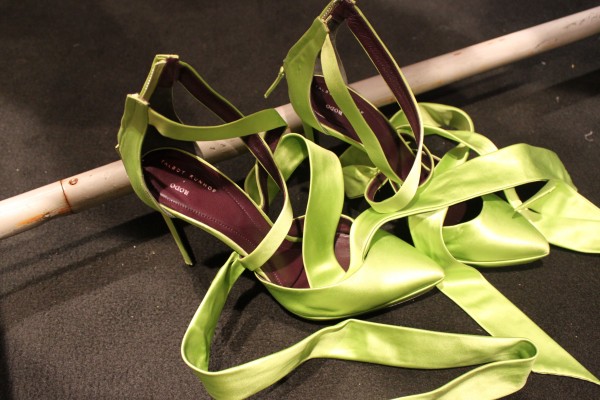 The shoes are amazing!

Below you can see my favourite looks from the show. I took some details shots of the fabrics and details backstage for you to see the wonderful craftsmanship. Have fun! 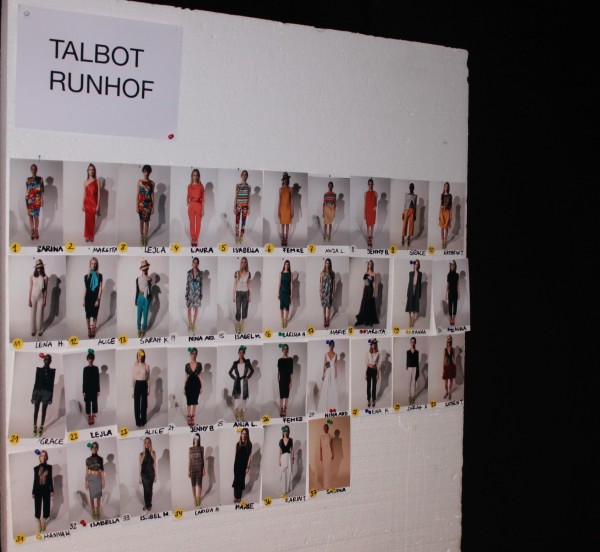 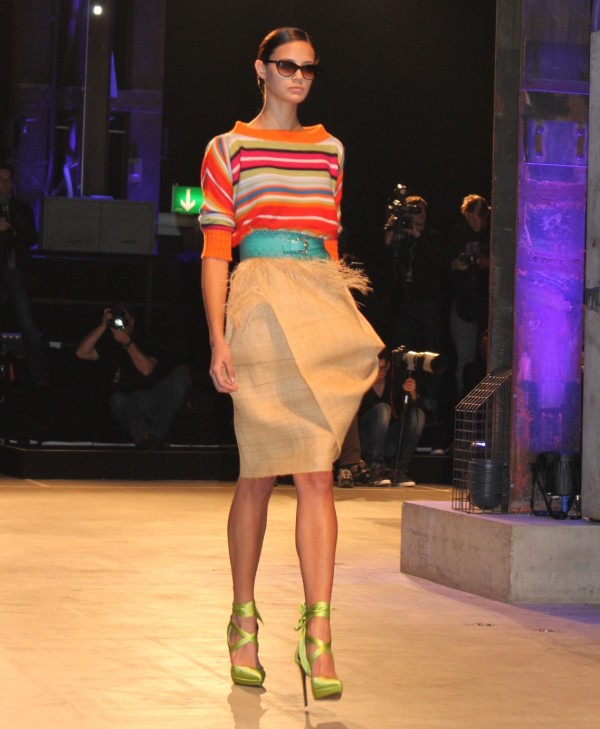 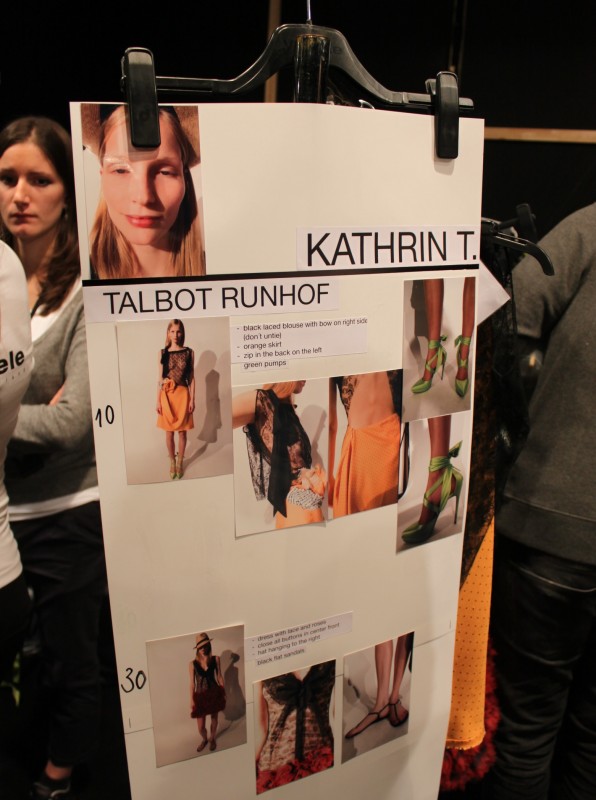 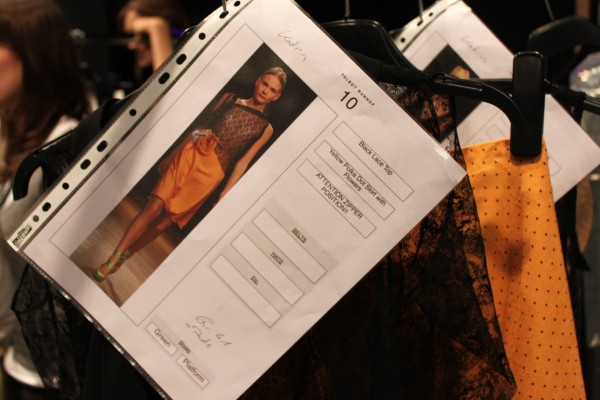 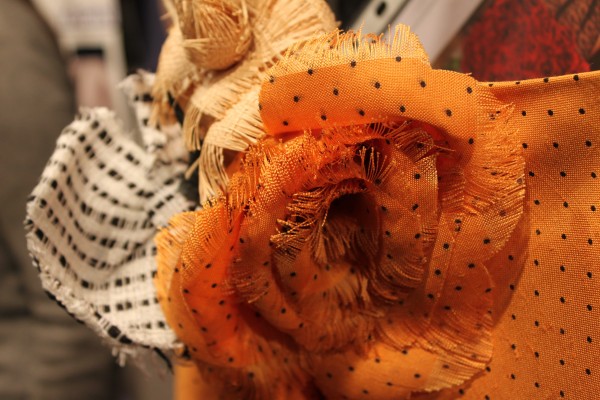 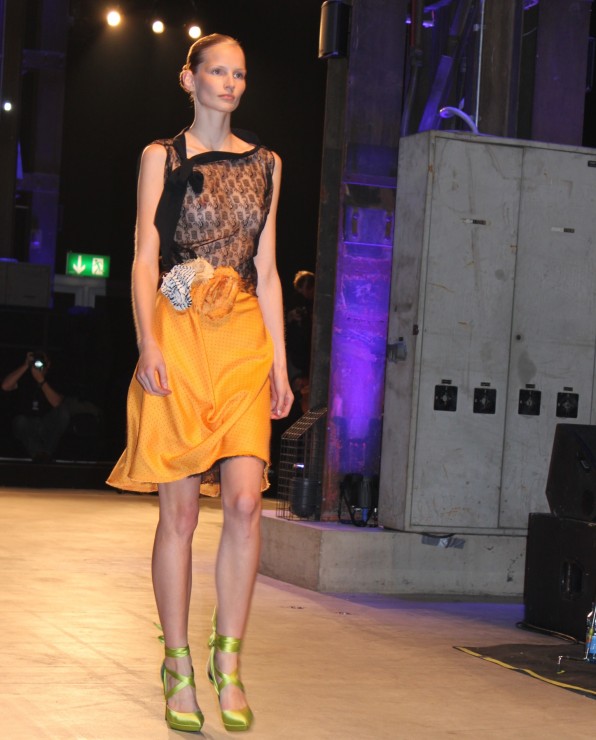 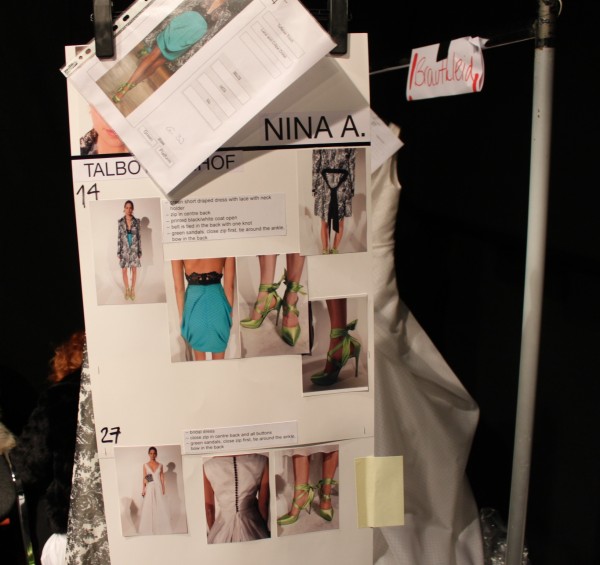 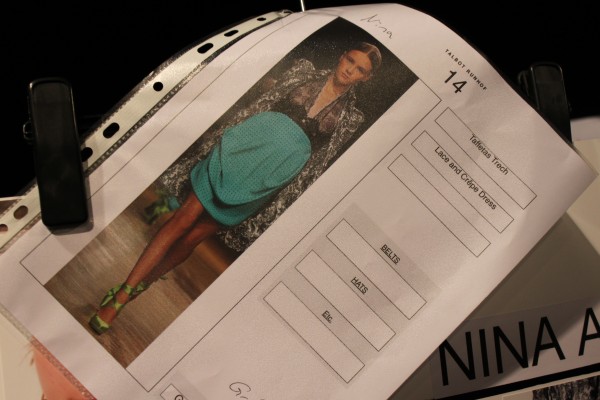 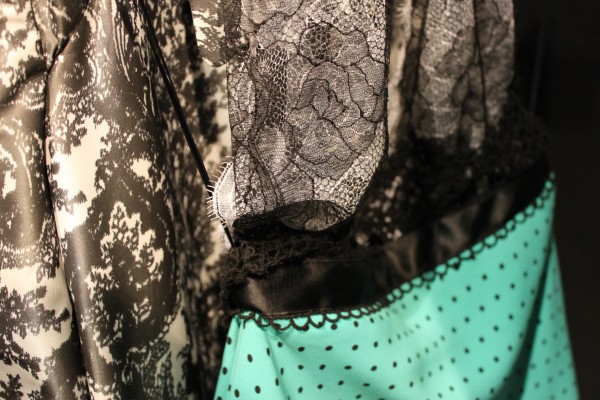 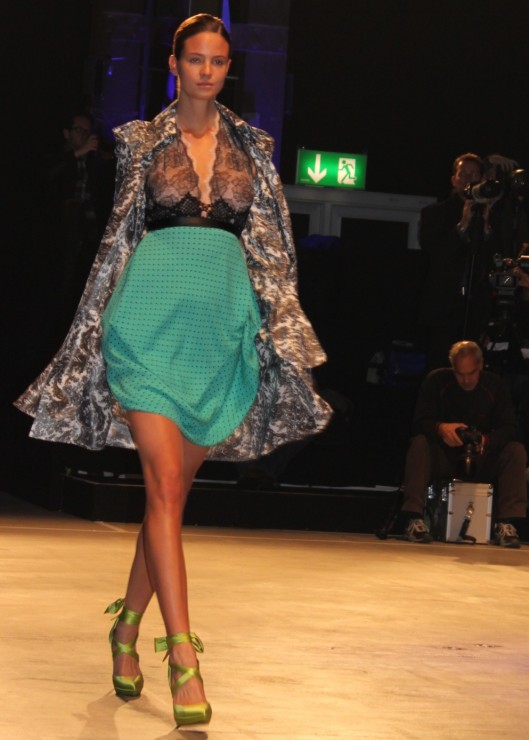 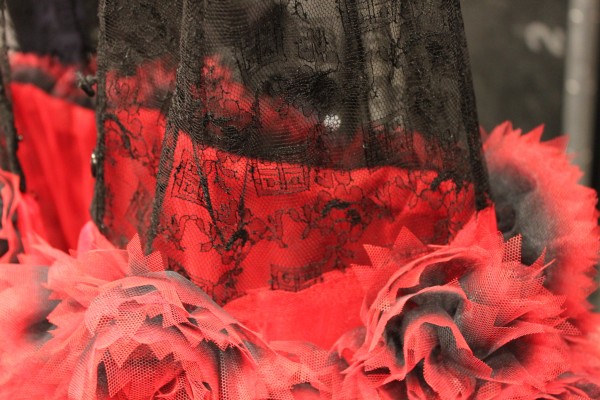 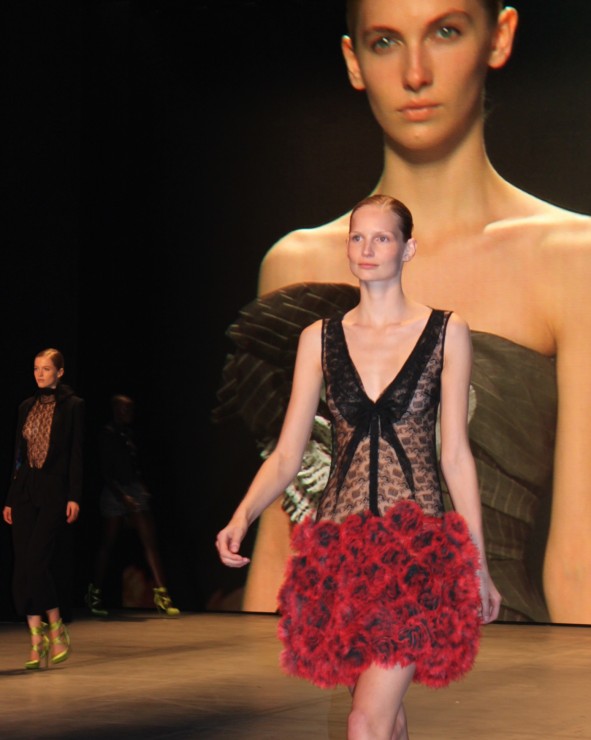 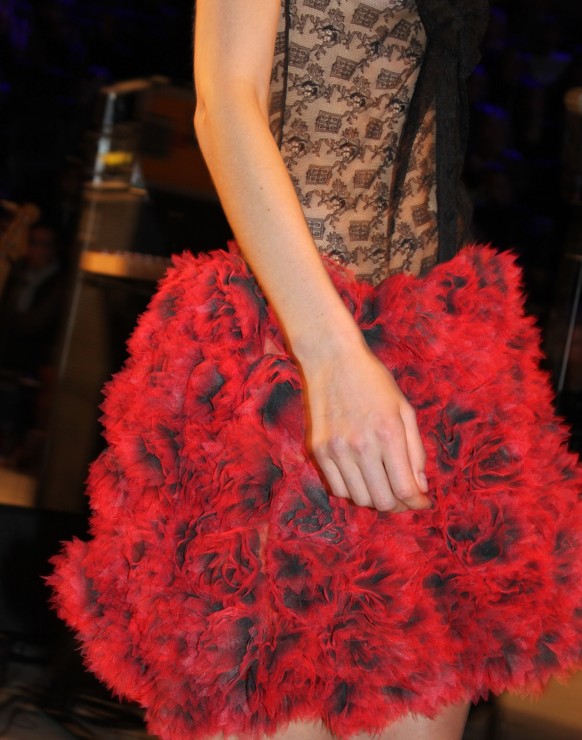 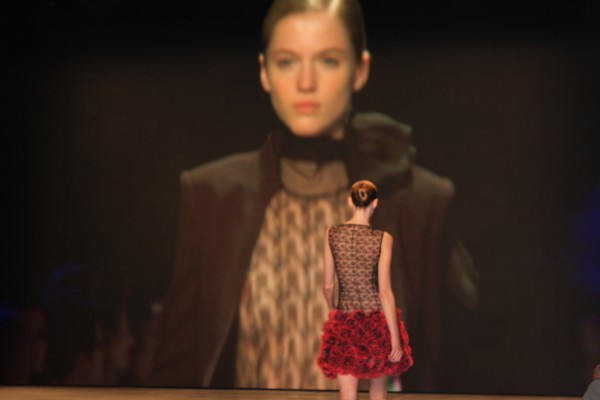 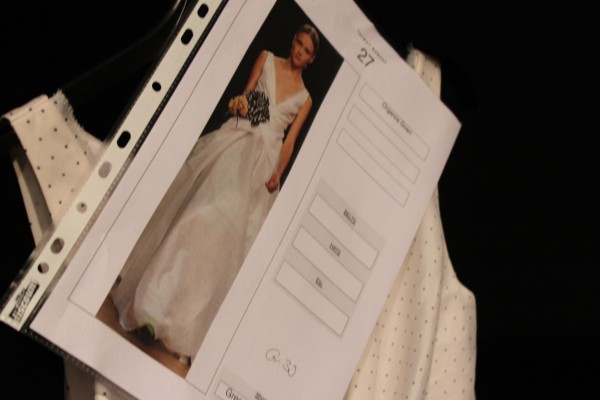 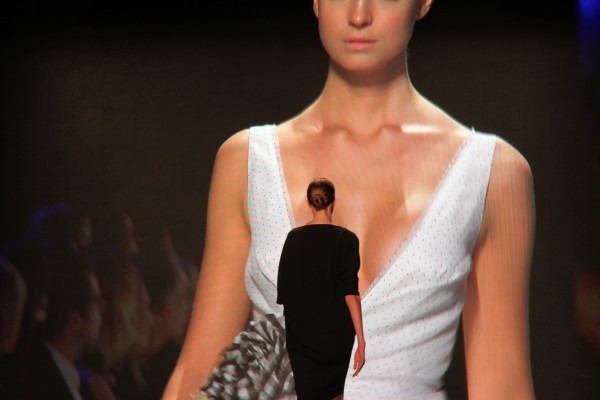 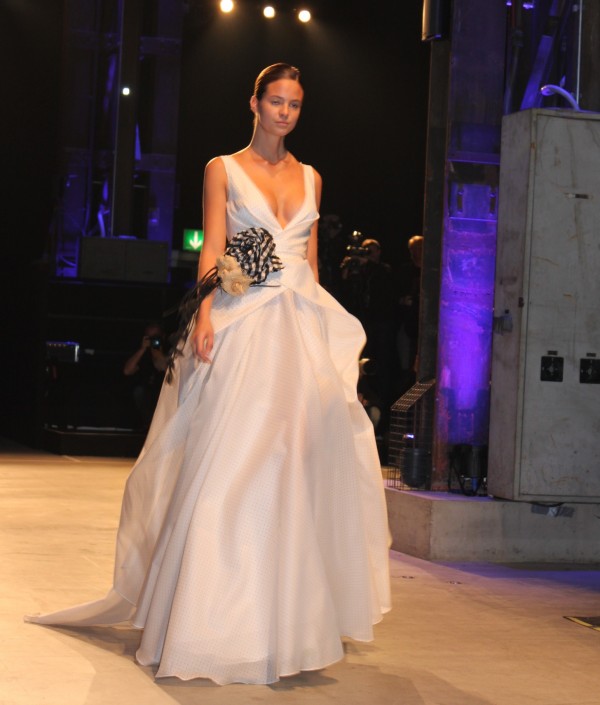 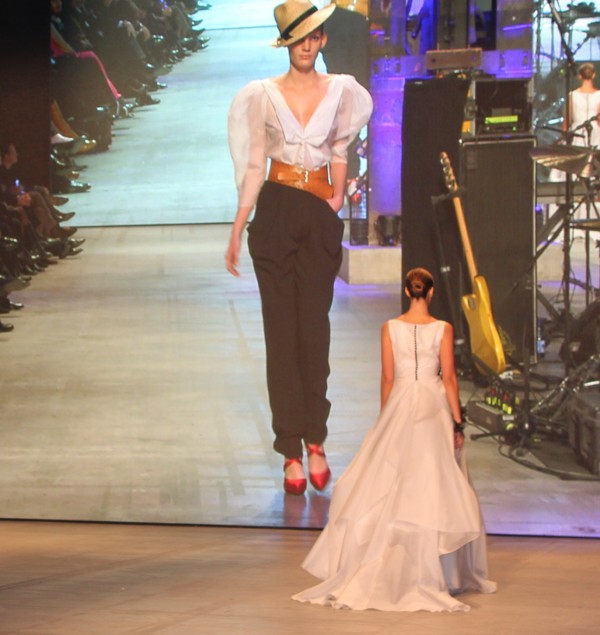