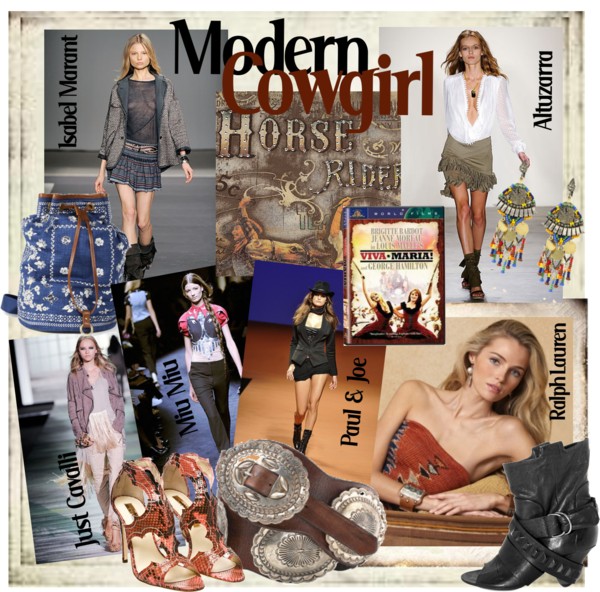 Far Western chic is a must for next summer. Seen on the S/S 2010 runways were pretty cowgirls, pioneers of the prairies, lumberjack`s girlfriends and a new sort of trappers.

Especially D&G made a superb collection of versatile western references. The silhouettes were made of looks reminding me of Brigitte Bardot and Jeanne Moreau in the movie “Viva Maria” or Penelope Cruz and Selma Hayek in the remake “Bandidas”. Denim, suede and eyelet were used – definite key elements for next season. But also Amerindian inspirations like navajo prints, lucky charms, feathers and tassels appeared along with stetsons, bandanas and broad belts. The inspirations and designs were numerous, only lassos and spurs were missing. 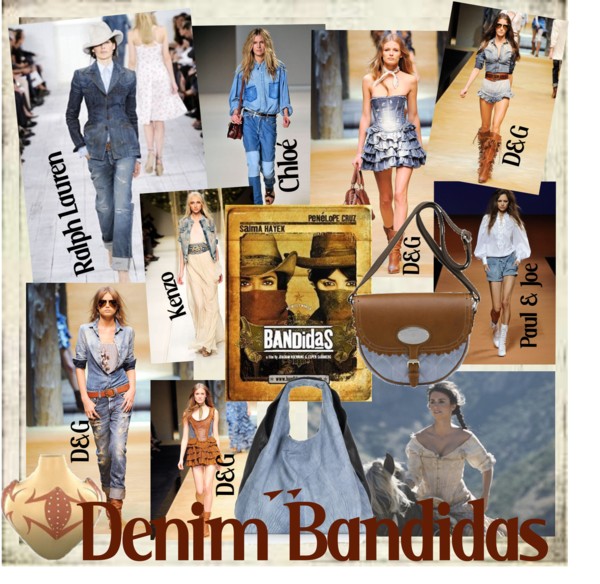 Lumberjack`s plaid shirts were transformed into cocktail dresses and denim was pervasive in all sort of styles. Faded, worn out, mended mixed with cut-out suede, a sexy look that creates immediate seduction.