You cannot be everywhere… The same day I flew to Paris for the amazing shoot with Dior, I was also invited to London for another special event.

La Mania – the Polish fashion house under the Honorary Patronage of Karl Lagerfeld – and Galerie Gmurzynska hosted a multimedia event, so-called “Fairy Tale Mania”, presenting La Mania’s F/W 2012 collection and exhibiting the new work of artist Marco Perego. You might recognize Perego’s work from last year’s post when I met him in Zurich.

In case you haven’t heard of La Mania before, here are some facts. The label is the brainchild of Joanna Przetakiewicz, launched in 2010 with the one-of-a-kind blessing by her friend Karl Lagerfeld who has been offering guidance and inspiration to the Polish designer. Joanna is not only wearing her designs, she is also one of the rare Haute Couture clients in the world. The last time I saw her, was at the Stéphane Rolland show in Paris.

The exhibition “Fairy Tale Mania” is open to the public until the end of February at the Royal Opera Arcade Gallery, 5b Pall Mall, London SW1 (free entry). It represents Poland in the International Fashion Showcase project, organized by British Council and British Fashion Council as part of London Fashion Week.

Below you can see some photos of the event in London.

Joanna Przetakiewicz with models in her F/W 2012 collection 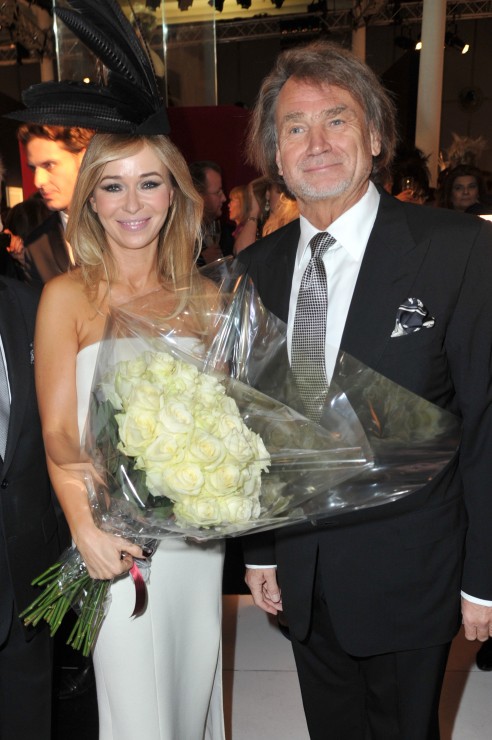 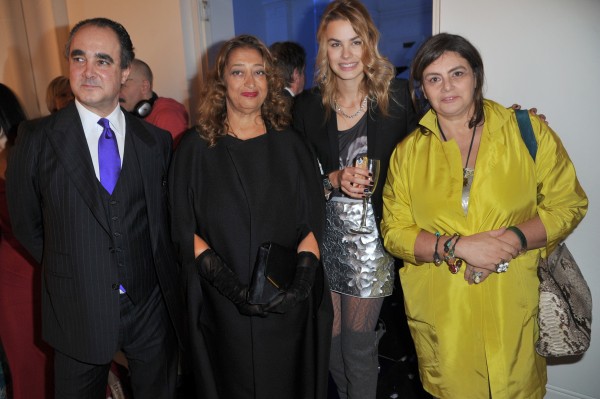