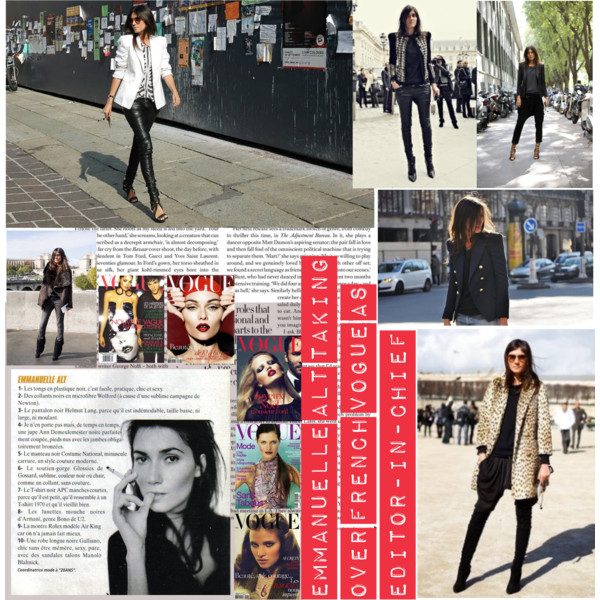 Even while I am very busy in Florence, I don’t want you to miss anything. Breaking fashion news arrived today: Less than a month after Carine Roitfeld announced that she would leave the editor-in-chief’s position at French Vogue, the magazine named Emmanuelle Alt to succeed her, starting Feb. 1, 2011.

Emmanuelle had been French Vogue’s fashion director since 2000 (same year Carine Roitfeld became editor-in-chief).  The decision to elevate Ms. Alt  makes me assume that Condé Nast International does not want to change course. Ms. Alt knows the job and is very well connected.

Her rock style of skinny pants and Balmain jackets is not bad, isn’t it…?! Let’s see what she will be coming up with.