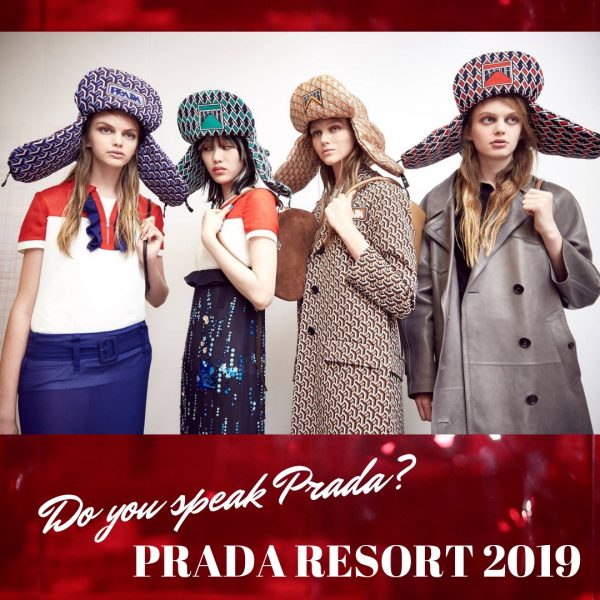 PRADA REINVENTS ITS OWN CLASSICS FOR RESORT 2019
Established in 1913 at Milan’s prestigious Galleria Vittorio Emanuele II, Prada is one of the world’s most iconic luxury fashion houses. Contemporary art and society inspire its collections, which are designed by visionary Miuccia Prada, granddaughter of founder Mario. Miuccia is fashion’s undisputed trendsetter and mood maker. 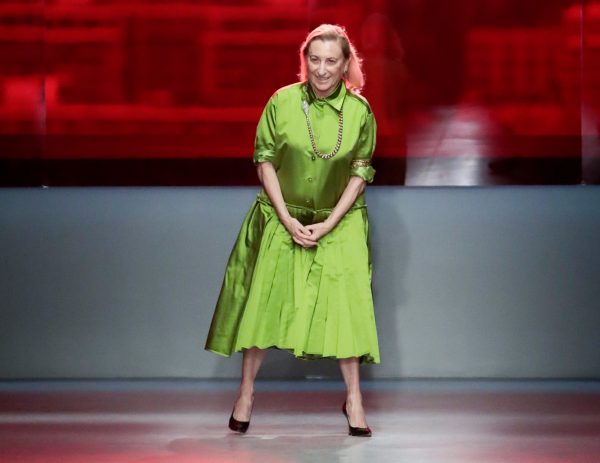 In the mid-90s she made ugly chic. For Resort 2019, she went exactly through her rich archive to revisit her famous ’90s decade. In times when everybody is doing more, she takes us back to minimalism but in a modern and updated way – spiced up with geek chic athleticism and playful embellishments. 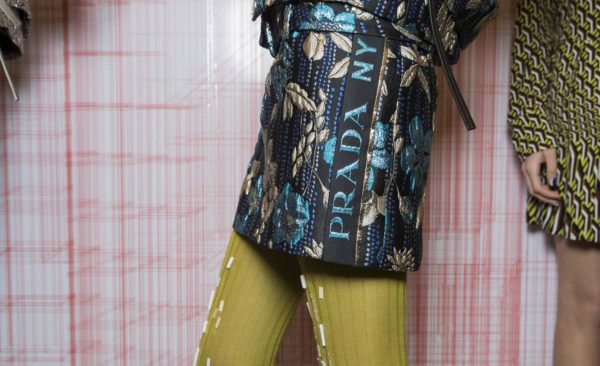 Many of the pieces felt like revamps of prior Prada classics: a quirky mix of chunky loafers, the famous «yes, they are bad, that is why they are so good» patterns, low waists, kick flares, and opulent brocades combined with leather polos, sequin-studded tights, plastic necklaces and trapper hats. Think of me, once again, it’s Prada’s inimitable way with texture… Miuccia has started a wave. More is more or let’s say more is less. Maximalism is not over, just different. 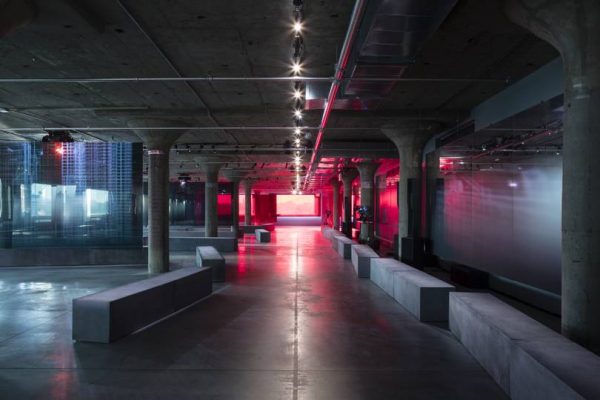 LOCATION
In May 2018, Miuccia Prada chose the seventh floor of the Herzog & de Meuron–designed Prada HQ in New York as the venue. The transformation of the former piano factory was the first project entrusted to the famous architects by Prada in 2000. It was a kind of a striptease of the existing building: all architectural elements were removed so only the naked concrete structure remained. 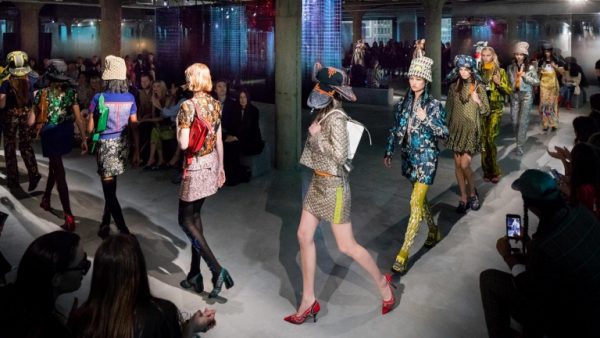 THE SHOW
The space was kept as open and empty as possible for the fashion show. Only one new element was added to the space: large floating panels reflecting the cityscape outside and thus transferring images of the real city deep inside the space of the presentation. In addition to the real image of the city, other images of virtual cityscapes were projected onto the boards for an intriguing mix of inside and outside, of analogical and virtual realities. 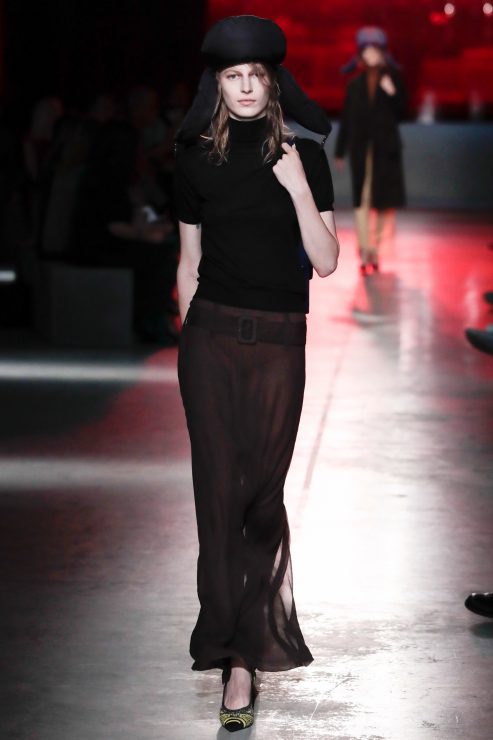 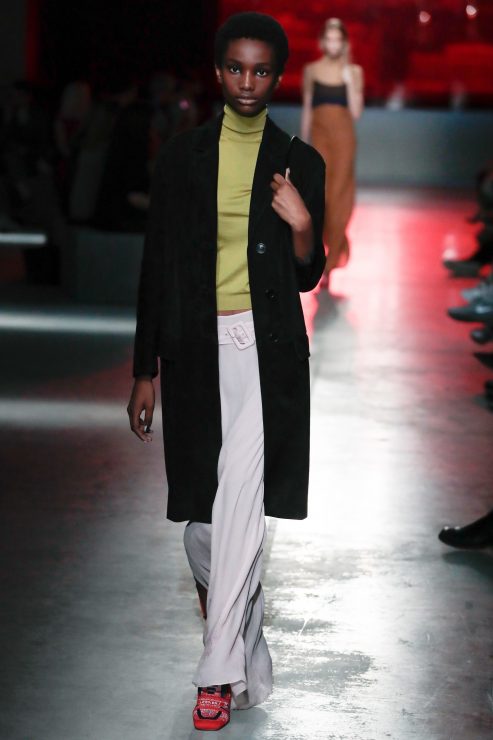 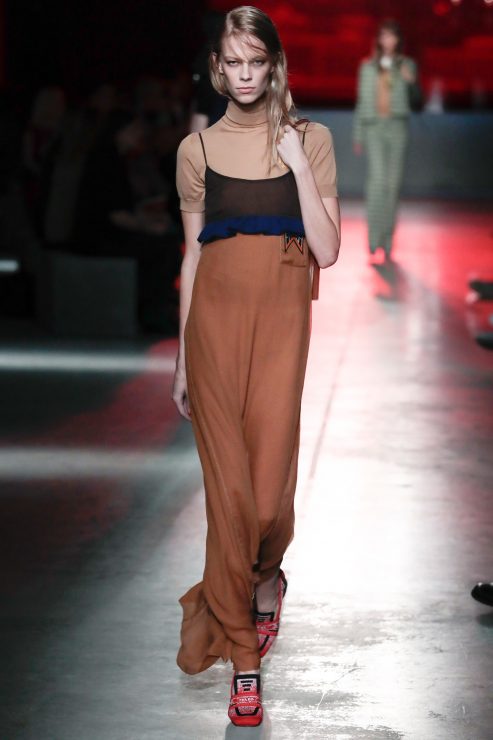 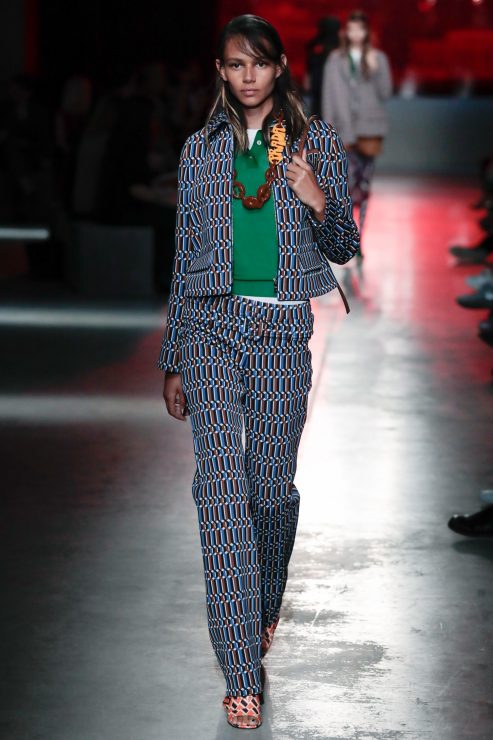 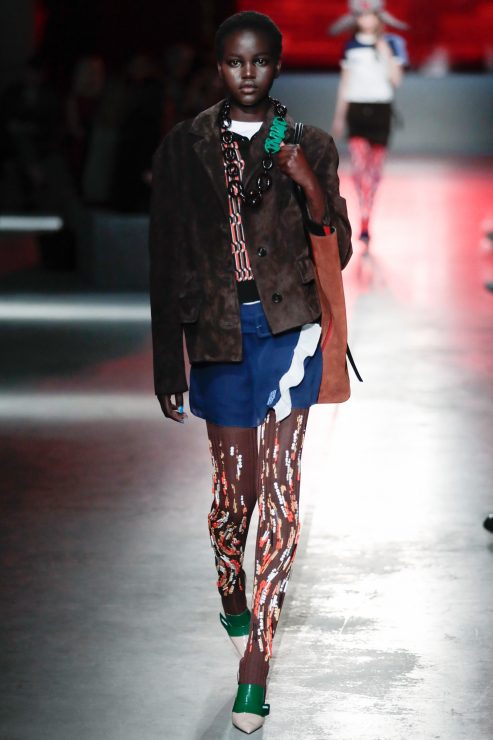 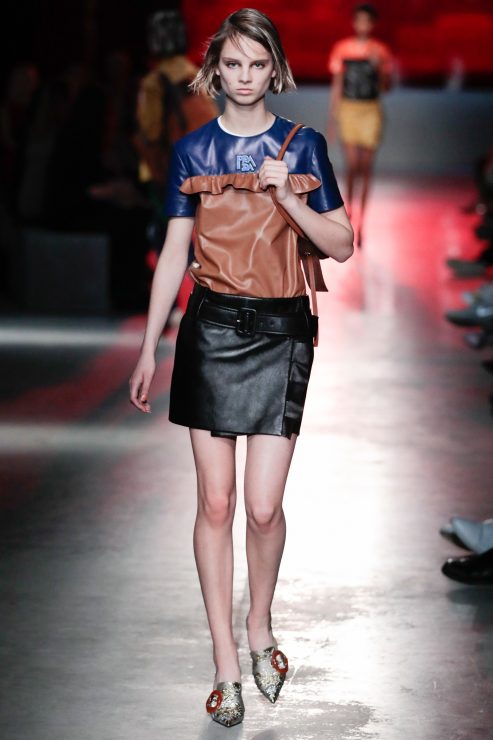 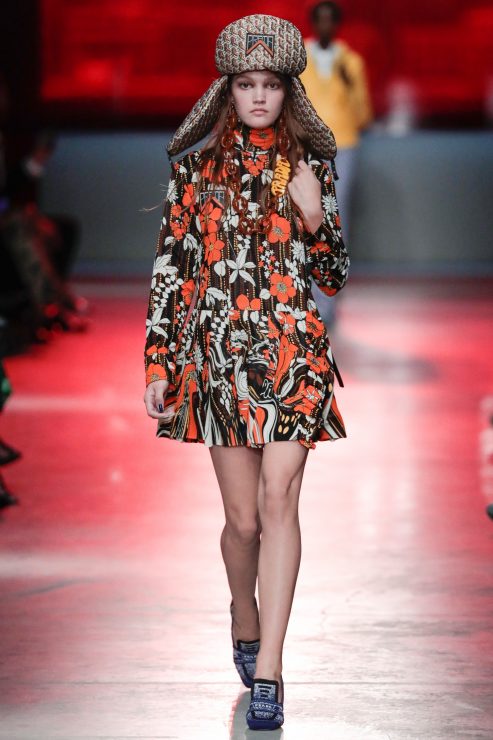 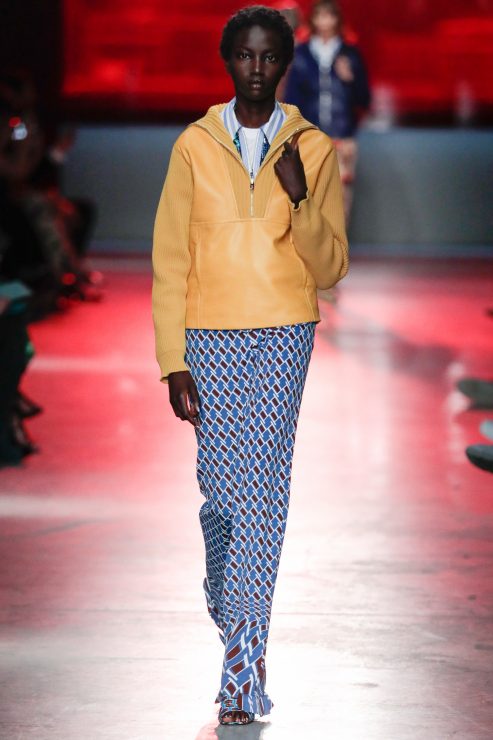 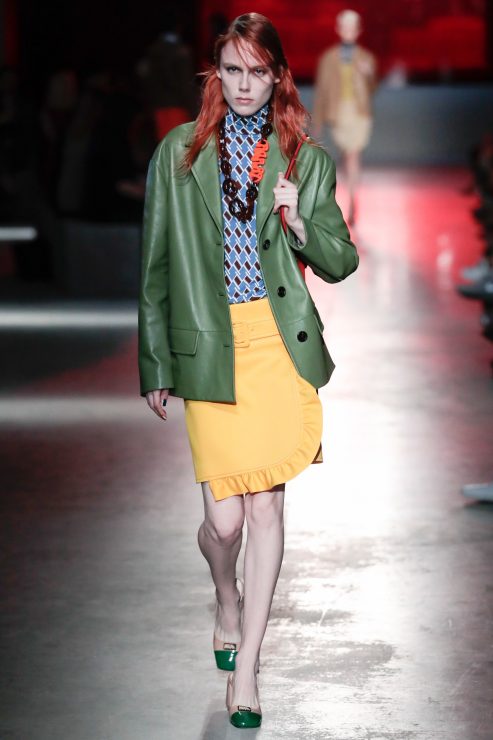 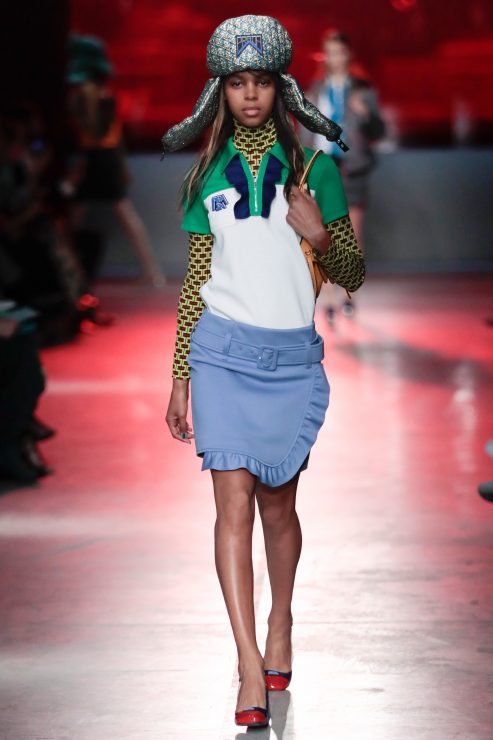 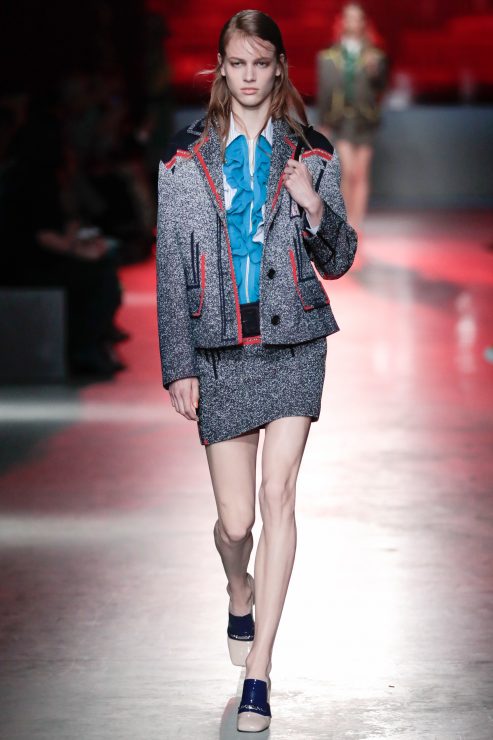 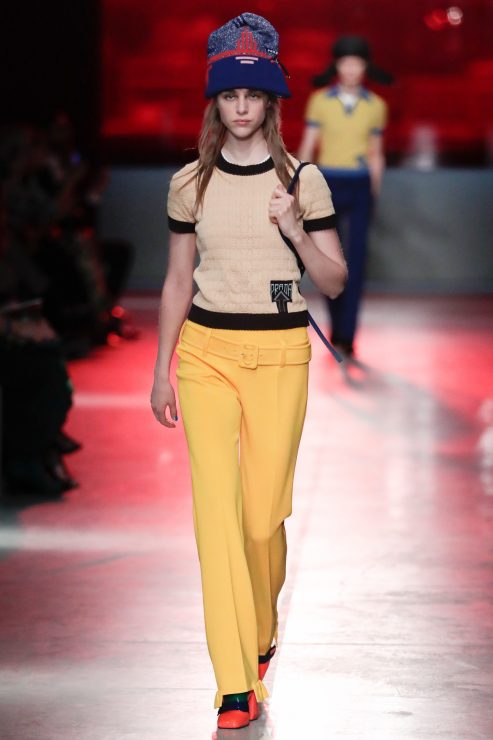 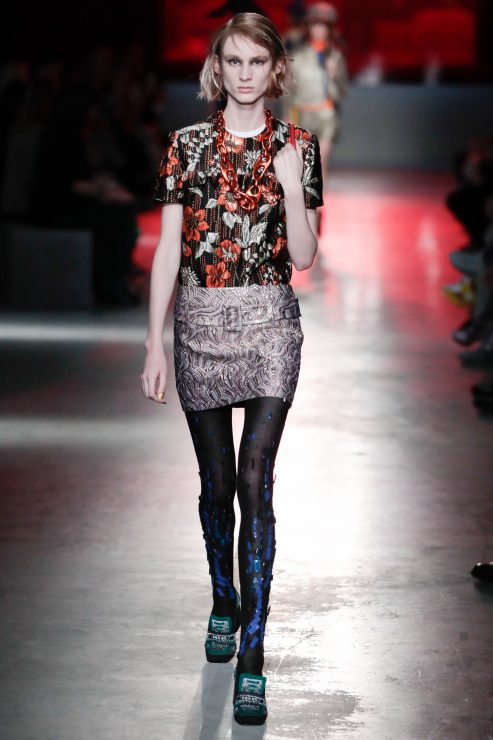 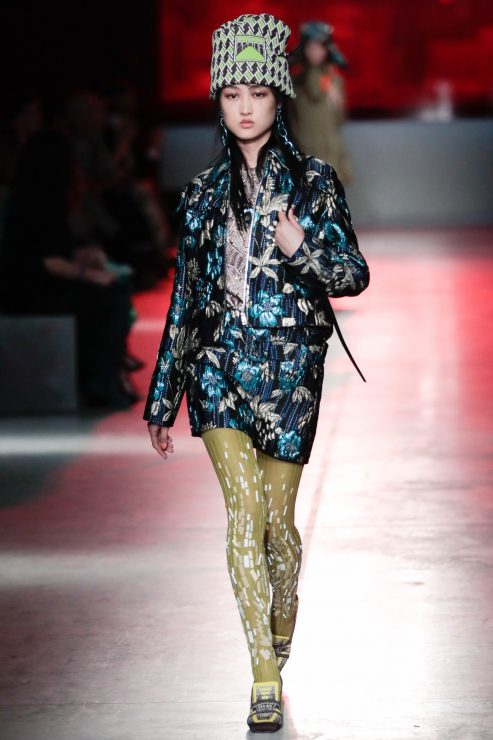 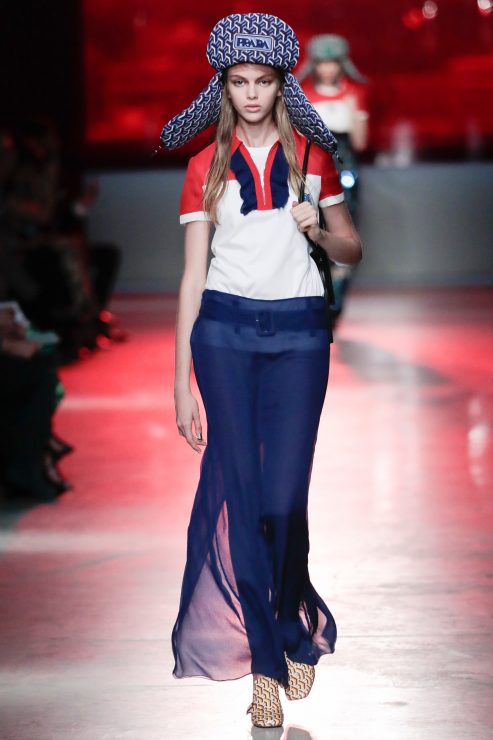 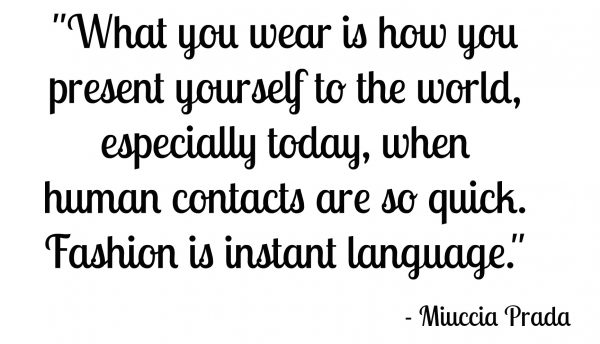 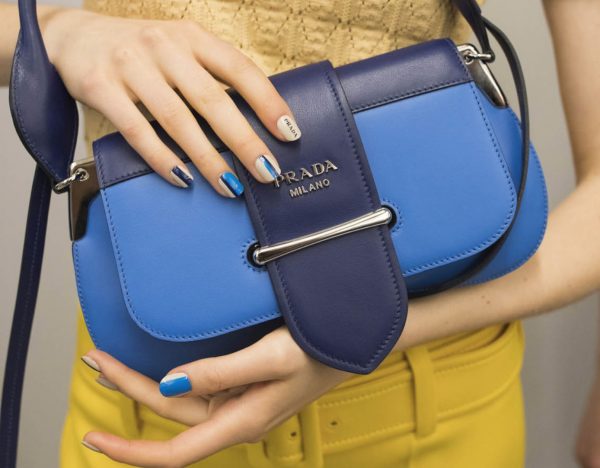 PERSONAL NOTE
I have been a fan of Miuccia Prada from the beginning. A Prada nylon backpack was my school bag and I always felt very strong in her designs. When I studied fashion design, I realized how advanced her thinking is. She is a true pioneer and with her Resort 2019 collection she got the ball rolling again. Is the world ready for a return to minimalism? Probably in a different way than what we are used to. Look at the manicure for the Resort 2019 show, it is minimalistic yet maximalist. It depends on the way of looking at things… as Miuccia says: «Fashion is instant language». Do you speak Prada? 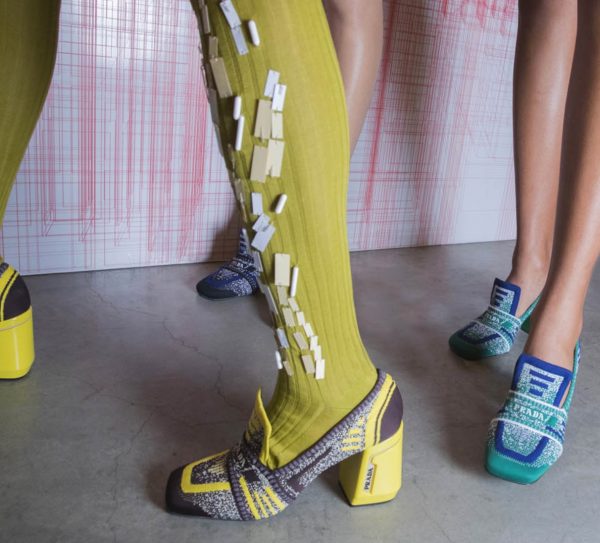