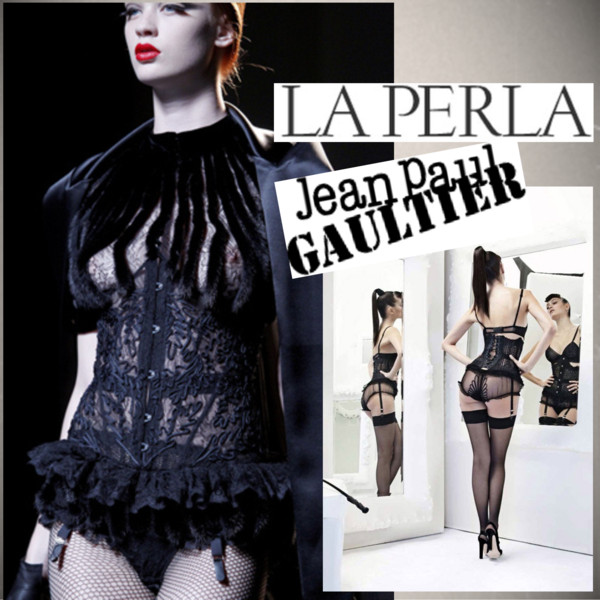 What a divine liaison: the “Collection Créateur” – an collaboration between Jean Paul Gaultier and La Perla.

I could not think of a better designer to join forces with the Italian house. Gaultier has lingerie in his blood being the godfather of the very pointed conical bra cups that became famous due to his creations for Madonna`s 1990 Blond Ambition Tour. He loves to use underwear as outerwear. 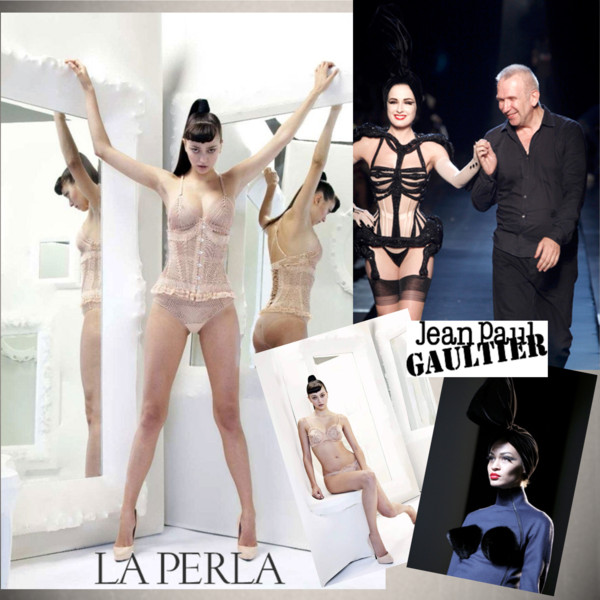 During the ongoing haute couture shows in Paris yesterday, two special limited edition garments were already presented at Gaultier`s show: a backstitch satin bra with a shoulder-strap motif and glove-holding strings plus a suspender belt, demonstrating the stylish union between haute couture and lingerie. Dita van Teese walked down the aisle as the finale, what a match!

The 27 creations of the capsule collection will go on sale in November 2010 at La Perla and Gaultier boutiques worldwide, and select department stores.
So pretty and soooo hot!