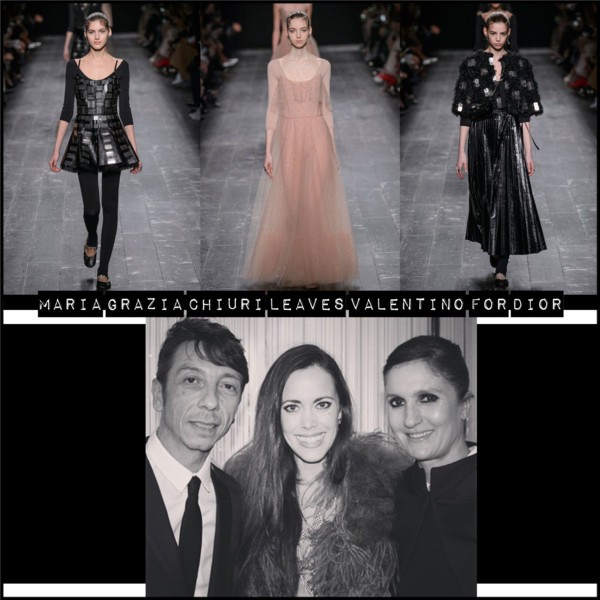 In the end of last week, it was announced that Maria Grazia Chiuri had left Valentino, where she was co-creative director with partner Pierpaolo Piccioli. One day later, we knew where she would head to. It is quite breaking news: she will be the new artistic director at Dior, which marks the first woman in the fashion label’s 59 year history to take this position. Chiuri takes the place of Raf Simons who departed in October (for the previous post, click here please). 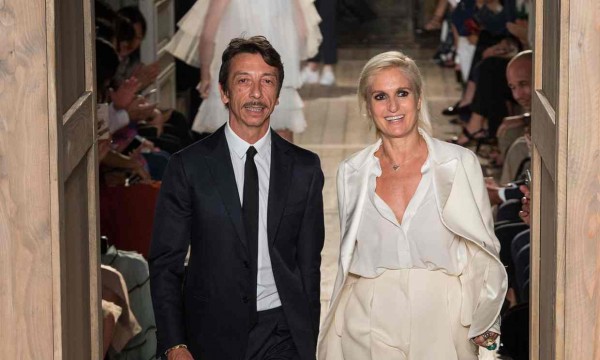 Pierpaolo Piccioli and Maria Grazia Chiuri take a bow after the Valentino couture show on Wednesday.

Somehow, it feels quite sad. Chiuri worked with Piccioli for 25 years, first at Fendi then behind the scenes at Valentino. In 2008, they were named creative directors in 2008 and brought the label into a new era. 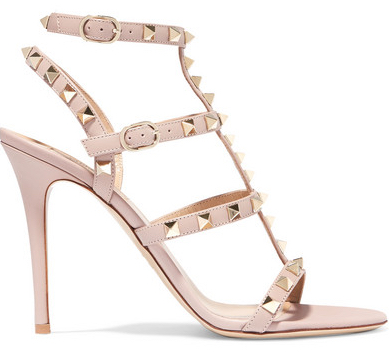 Think of all the famous «Rockstuds» that gained a huge following… romance with a twist of coolness, that is what there collections have been made of. The Valentino sales rose constantly, in the first quarter of 2016, already by 9%. 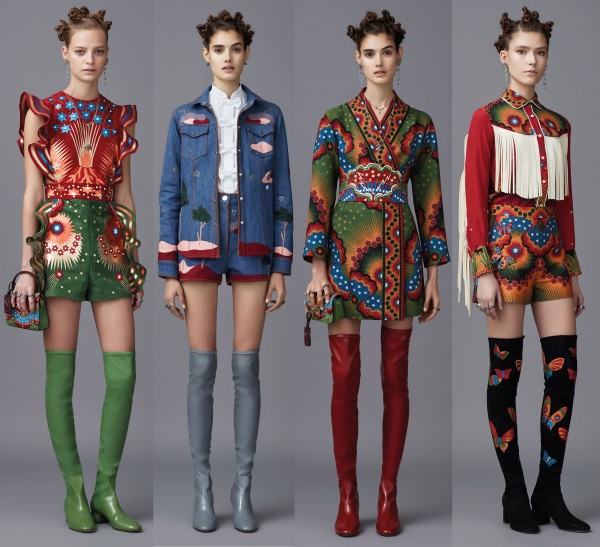 It is sure that LVMH, Christian Dior’s parent company, is hoping for Chiuri bringing the same success there. She beat other contenders for the highly prized job, including Alexander McQueen designer Sarah Burton and ex-Lanvin designer Alber Elbaz.
Her first ready to wear collection will take place on September 30 in Paris.