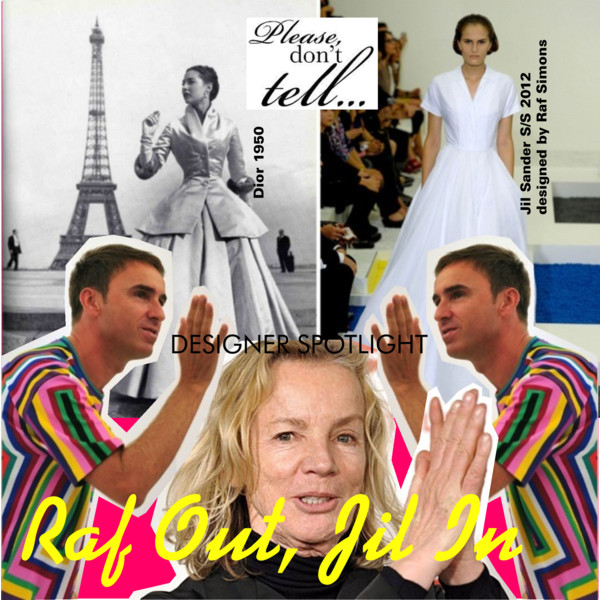 It is Milan Fashion Week but the buzz is all about something else. As you know, I am in Florence with Gucci at the moment and during the day all those twitter messages came in that Raf Simons, Creative Director of Jil Sander since 2005, has confirmed he will be stepping down following the F/W 2012 show this Saturday. This is breaking fashion news!

Rumours are out and huge that the avant-garde Belgian designer will take over Dior succeeding Galliano who left last year after his anti-Semitic comments. Looking closely at Raf’s S/S 2012 collection for Jil Sander, you could totally see some Dior references (see above), so let’s see if the speculations are true or not… At the moment, Dior collections are created under the supervision of Bill Gaytten, Galliano’s former studio head.

But it gets better: It is looking more and more like Jil Sander, herself at age 68, will return to the eponymous label that she founded in 1968. All good things go in threes: The German designer, who sold in 1999 75 percent of her company to the Prada Group, left the label in 2000 after a falling out with the owner, Prada’s Patrizio Bertelli. Later, following a brief return in 2003, she departed again and began working on other projects, such as the very popular high street collaboration with Uniqlo. If she comes back now, it will hopefully be for good!

This will be a very interesting week…