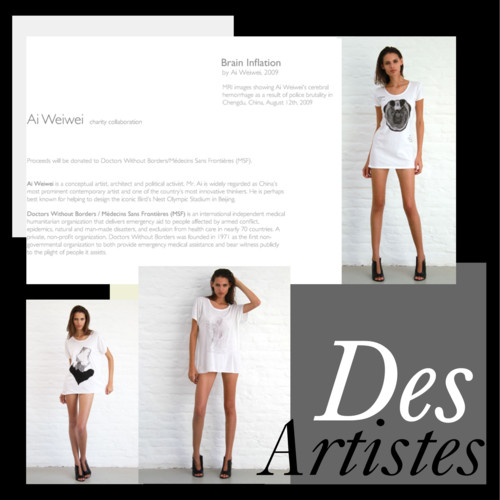 Most of us might be in the mood for art, the Biennnale, Art Basel just in front of us, so much to be inspired from. Have you ever dreamt of carrying your favourite piece of art around with you? Here is your chance to explore wearable art. Meet Des Artistes:

The Munich based label is an eco-and socio-conscious line of conceptual printed tees featuring work from notable and emerging contemporary artists. The T-shirt becomes a canvas upon which to inspire and explore the human spirit.

Launched in 2009, Des Artistes reflects a creative mindset that is fueled by contemporary art. Every season the brand showcases artists from a range of backgrounds, genres, ages and cultures to maintain its ongoing evolution. Every artist is acknowledged on every tee, rightfully so.

Des Artistes strives to use the finest organic and sustainable fabrics in combination with super low-impact waterbased inks. The aim is to make awareness with real art that inspires. To that end, a portion of sales will benefit a different charitable organization each season.

Below you can find some of my favourite tees: 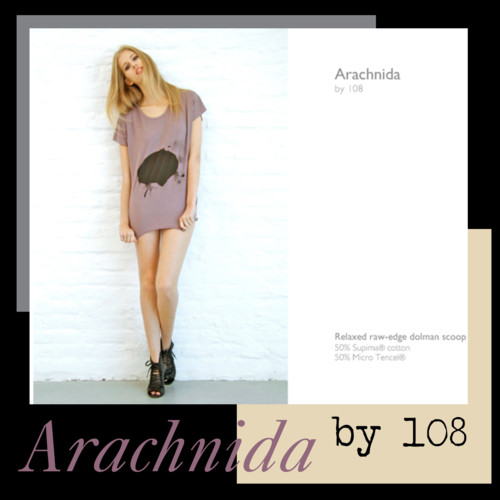 108 (born 1978) is an Italian artist in the field of street art from Alessandria.

108 has moved from working in traditional graffiti art to painting large and mysterious figures that invade public spaces. He was one of the first writers to use numbers instead of letters for his name. He started to work when he was a child on the streets of Alessandria, and used different names. His work has appeared on the streets of Milan, Paris, London, Berlin, and New York City. His first works known by people are enigmatic “blob”-like yellow shapes. It is his firm intention to make visual chaos. His new works are labyrinths, dead trees, 3D objects and installations, but especially black and gloomy shapes. 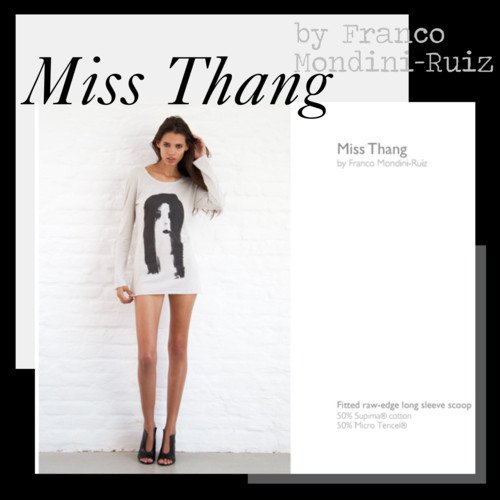 “My art is about following my impulses as to what I feel is beautiful, interesting, and poetic.”
–       Franco Mondini-Ruiz

The son of an Italian father and a Mexican mother who grew up in San Antonio, Mr. Mondini-Ruiz gave up a law career to become a full-time artist in 1995. His first works were installations that favored kitschy found objects, then smaller assemblages of same. Accessibility, portability and spontaneity were key concepts.

Invited to be in the 2000 Whitney Biennial, Mr. Mondini-Ruiz sold objects on the street in front of the museum, some of them made on the spot, for 10 cents to $10. A few years ago, he took up painting in earnest, determined to initiate people into the joys of art collecting and also to bring different communities into contact with one another. He staged shows in Charlotte, N.C., San Antonio, Rome and Florence, selling quantities of paintings for $99 or 100 euros each in a few hours. Demand never exceeded supply: if someone wanted a painting that was already sold, he would make a copy, guaranteeing that it would be ”as good or better.”

Charles Anderson is a painter whose work plays with the relationship between art, its context and those by whom it is viewed. His paintings explore art’s role throughout history and the ever-changing importance of painting within the art world. Charles incorporates a diverse range of techniques to create layers of imagery taken from aspects of popular culture: newspaper headlines, beer bottle labels, nightclub flyers and fashion among them. The results are rhythmical paintings which provoke more questions perhaps than they answer, constantly challenging the viewer’s senses and understanding of what constitutes art. Does a fabricated relationship create the image or does the image define the relationship? In the end, it is the viewers who decide by drawing whichever connotations of modern life are relevant to them. The work of this award-winning artist is included in international collections, including British Airways. 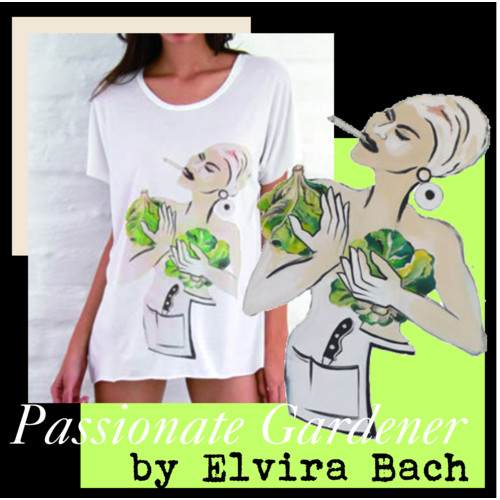 Elvira Bach is a Berlin-based artist. In 1982 at the age of 29, she was invited to participate at the documenta VII, one of the most important modern and contemporary art exhibitions. Many of her works have been strongly influenced by her time spent as an artist in residence in the Dominican Republic.

Proceeds will be donated to SOS Kinderdorf / Children‘s Villages.

For my Zurich based readers, I recommend a visit to Nina Arnold-Shah, owner of Kids and the City. This week on Tuesday, June 7th and Wednesday, June 8th, she is having a very special Shopping Spree at her house where you can explore those amazing designs among other great stuff. For further enquiries, please do not hesitate to contact her on her mobile +41 79 768 37 23.

See you at Nina’s!