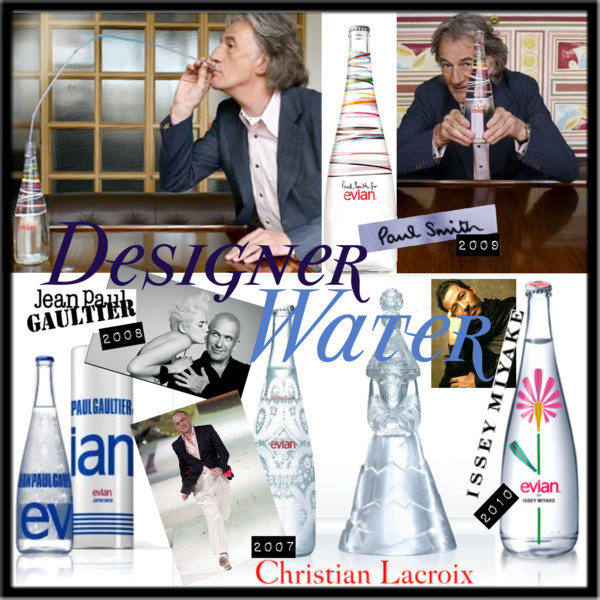 Recently the couture bottle design has become a huge craze. Companies team up with famous designers to get new “clothes” for their drinks.

After some really amazing collaborations with some of the biggest names in fashion, like Christian Lacroix, Jean Paul Gaultier and Paul Smith, Evian has chosen Issey Miyake this year to create a stylish cover. Clean, contemporary and colourful is the new design that will be available in gourmet stores. 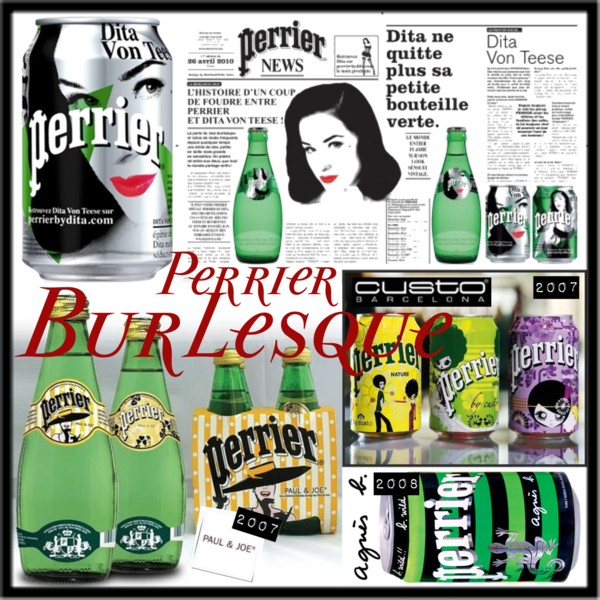 Perrier is spicing up his bubbles with the help of burlesque star Dita van Teese who will be their new cover girl this year. Before that they worked with Custo Barcelona, Agnès B. and Paul & Joe to create some very desirable cans and bottles. 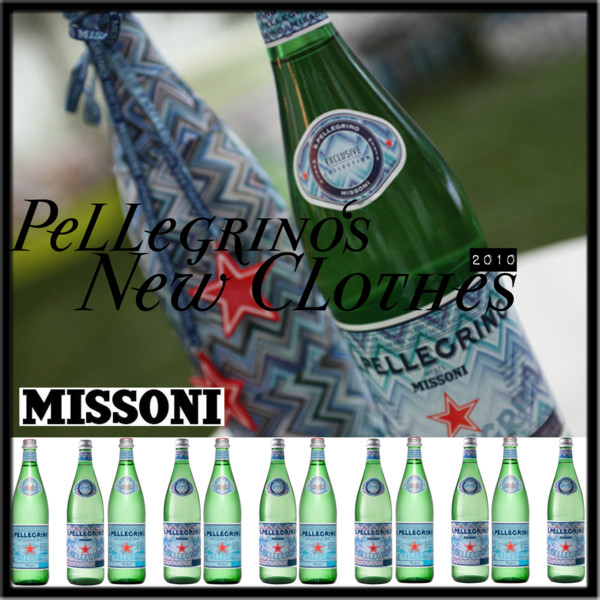 Finally San Pellegrino decided to be part of the hype and has chosen Missoni to cover their famous bottle label with the Italian fashion house’s zig zag pattern for their 111th anniversary. Thirty million units are being produced and will be sold in the best restaurants worldwide. In Zurich, they are everywhere. 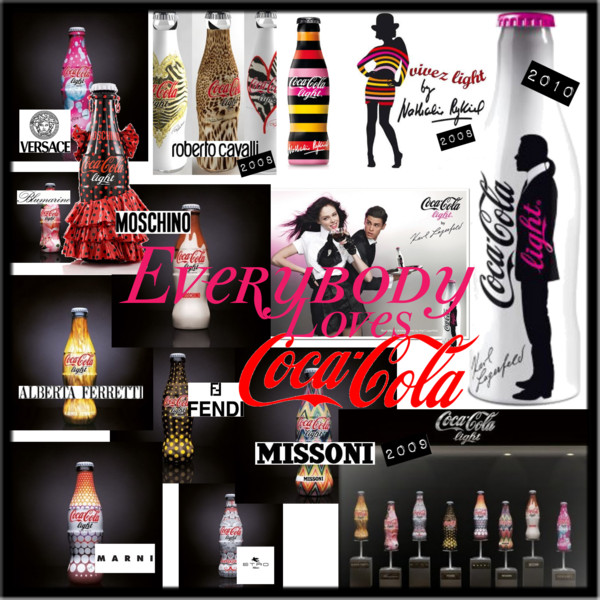 Diet Coke has been increasing its connections with the world of fashion since quite a while. So no wonder that a long list of famous designers already have got a chance to embellish the beloved soft drink. Karl Lagerfeld has even changed the shape of the bottle this spring. 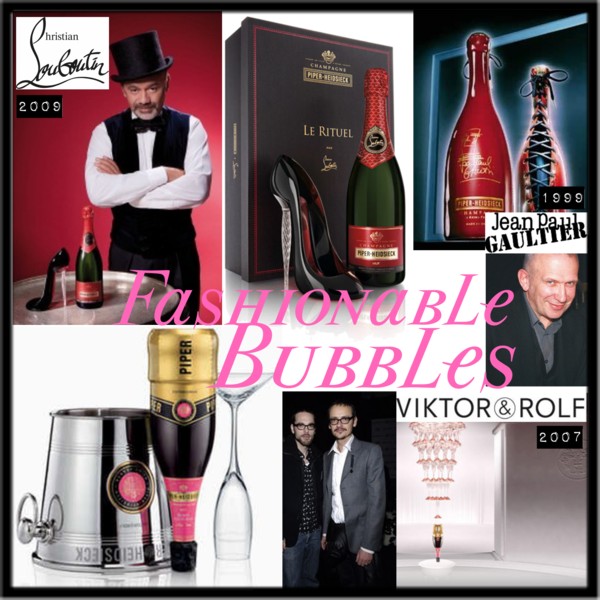 For all champagne loving fashionistas, Piper-Heidsieck has got some amazing pieces, from the corset bottle designed by Jean Paul Gaultier in 1999 to Christian Louboutin’s Le Rituel Box with a red soled shoe flute and Viktor & Rolf’s limited edition Rose Sauvage set with an upside down bottle. 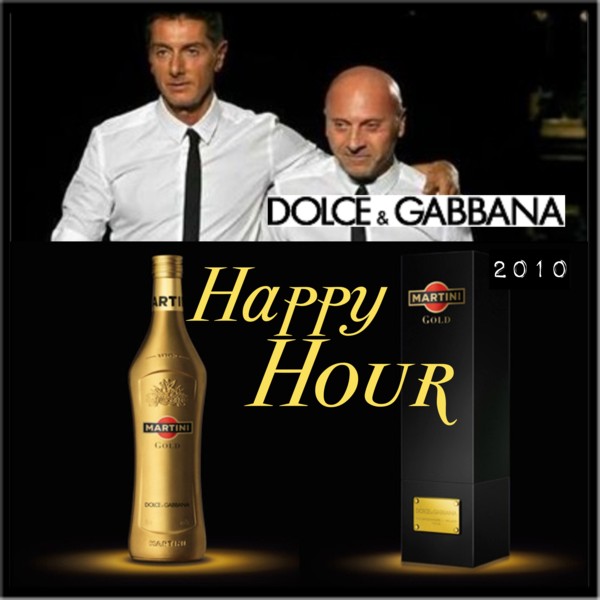 Dolce & Gabbana’s first experiment in the wines and spirits sector is the Martini Gold Limited Edition. The exclusive mix: bergamot from Calabria, lemons from Sicily as well as oranges, Spanish saffron, myrrh from Ethiopia, ginger from India, and cubebe pepper from Indonesia was developed by the design duo themselves. 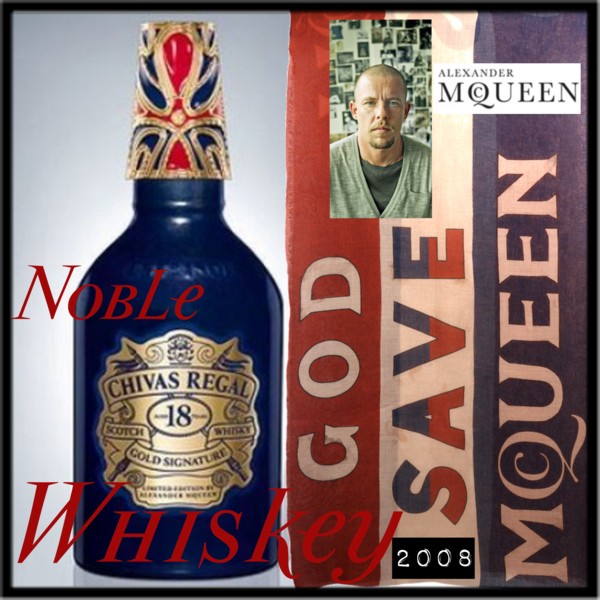 A good investment was definitely one of the 2000 individually numbered whiskey bottles that featured Alexander McQueen’s signature Union Jack colours. The late designer had teamed up with Chivas Regal to create that special piece in 2008.

As to me, all those bottles are really striking and sophisticated object d’arts and a show stopping addition to any dinner party.