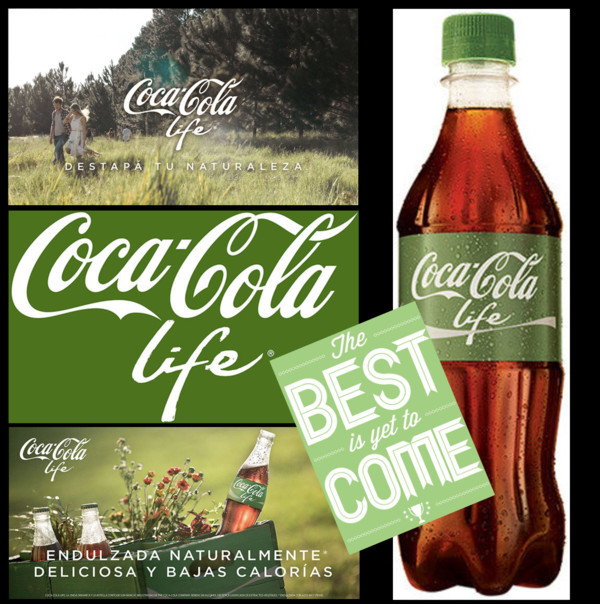 In June 2013, the Coca-Cola Company launched in Argentina its first soda that is said to be naturally sweetened with sugar and stevia: COCA-COLA LIFE.

The product can be seen above sporting a green label and is packaged in the award-winning PlantBottle™ that is constructed of 30 percent plant material and is fully recyclable. The new drink contains 54 calories per 300ml, a 60% reduction compared to the classic Coke.

For the time being, it is only available in the South American country and it is still unknown if it will be launched elsewhere in the future. 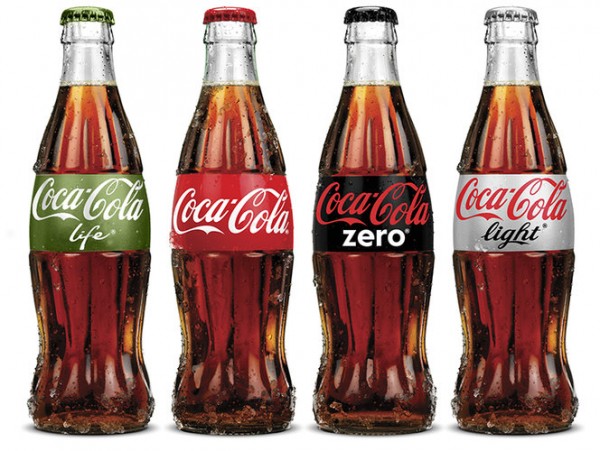 Personally speaking, I am a Coke Zero addict and drink a lot of it. Of course, I would be over the moon to consume a “healthier” version of my favourite drink. But drinking sugar or high fructose corn syrup – even that it is less – is still kind of absurd. On the other hand, what does this new launch say about the other Coca-Cola drinks?!

What do you think about the green label? I don’t find the bottle appealing at all and prefer my Diet Coke without calories well-dressed in Marc Jacobs. Cheers!