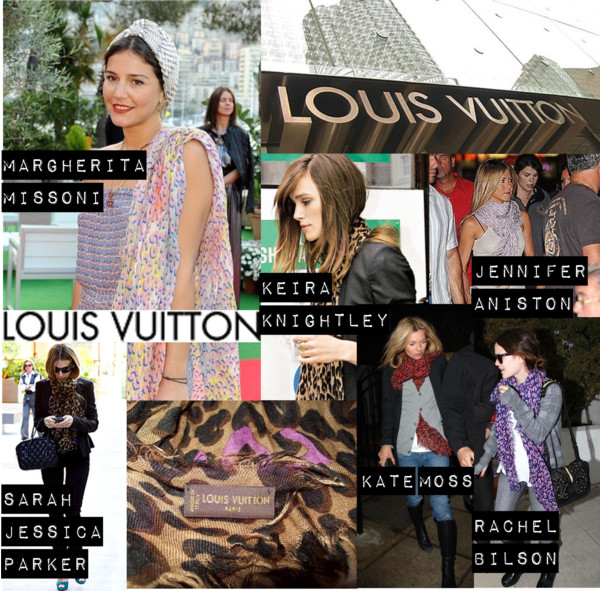 The cult of Louis Vuitton`s Stephen Sprouse leo scarf is a worldwide phenomena. It started in 2006 when Marc Jacobs made his first tribute to the artist, who had died at the age of 50 in 2004, by using the leo print the two had created together. An It-stole was born.

The first colour marron has become an integral part of every year`s collection, followed by other seasonal versions. Wrapped around many celeb necks, the scarf is bound to go down in history as one of the most famous of its kind.

Another historical moment took place last month in London when Louis Vuitton celebrated their new store on New Bond Street with the launch of 4 limited editions of their iconic Leo scarves. Only available in the British capital, they were sold out immediately on the opening day.

I know so many who were diappointed the last years because they missed the new colours. We do not want this to happen again! Here is the preview of the two latest designs for F/W 2010, said to be in stores around August. The statement piece was seen already on Margherita Missoni in Monte Carlo (see above). Always good to be friends with a designer. 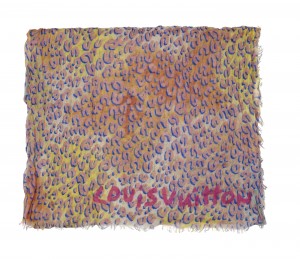 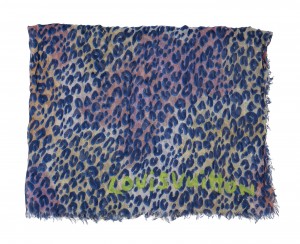 So girls, who are not on good terms with Marc, get yourselves on the wait lists now and claws out for the new leo!