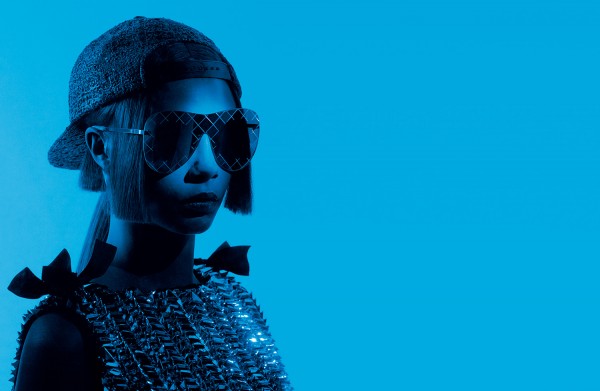 Karl Lagerfeld has chosen Cara Delevingne as the face of the S/S 2016 CHANEL eyewear campaign. Since 2012, the young actress has been a close friend of the House and of Karl Lagerfeld. She has walked the runway several times and appeared in different campaigns.

For the S/S 2016 eyewear campaign, she sports a very urban and contemporary look wearing pieces from the CHANEL AIRLINES ready-to-wear collection. The new must-have shades have been presented on the catwalk last October during the S/S 2016 show: an ultra-graphic, mirrored mask with a quilting effect engraved by laser.

Other eyewear models for this summer are: 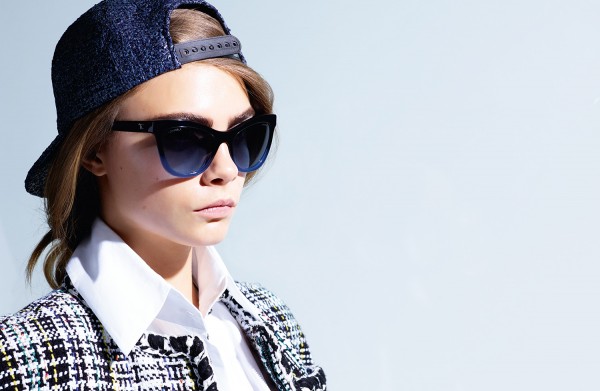 The Plein Soleil 2016 collection revisits the two-tone – an emblematic House signature – and is inspired by tie-dye motifs. The colours subtly melt into the acetate, sliding progressively from black into blue on the cat-eye sunglasses, and from black into white on an oval optical. 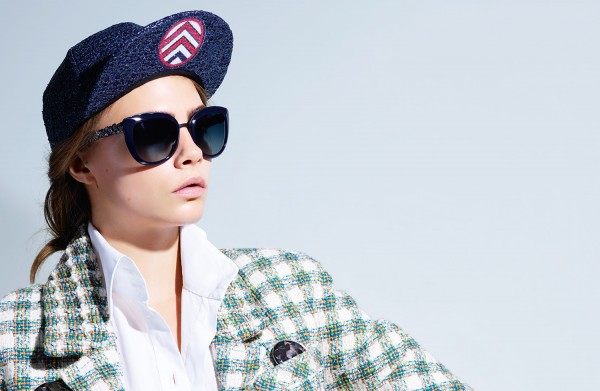 The Bijou 2016 eyewear collection draws inspiration from another CHANEL code: the camellia. The temples of the butterfly shaped sunglasses and a cat-eye optical are adorned with an abundance of camellias in metal and enamel.

The campaign has been shot by Karl Lagerfeld and is expected to be released in April 2016.