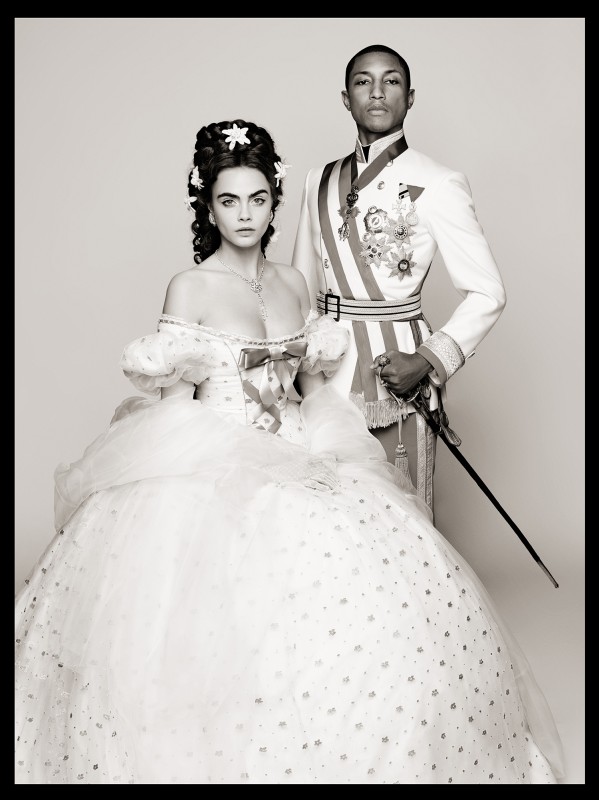 I am so excited as I will be leaving this Sunday to Salzburg following Chanel‘s invitation to watch their upcoming Paris-Salzburg 2014/15 Métiers d’art collection that will be presented on December 2nd, 2014 in the Austrian city. To celebrate this occasion, Karl Lagerfeld created a video-clip with the title “Reincarnation” (watch the trailer at the end of this post).

This new short film was the perfect opportunity for Karl Lagerfeld to develop an artistic collaboration with Pharrell Williams, a close friend of the House and personal friend of the designer. In fact, the artist composed and wrote the lyrics to “CC The World“, the original soundtrack for Reincarnation, and he also played one of the lead roles and will be, along with Cara Delevingne, the face of the upcoming campaign of the Paris-Salzburg 2014/15 Métiers d’art collection. 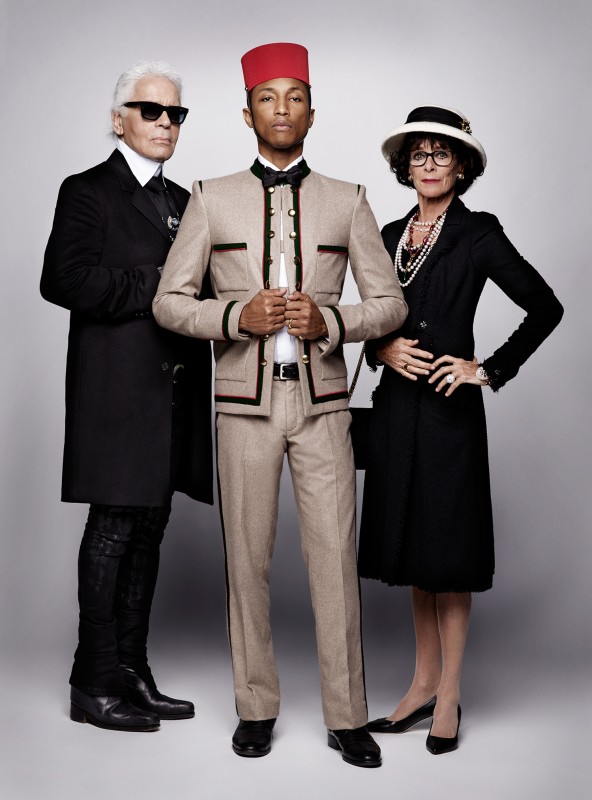 Once again Karl Lagerfeld had imagined an episode from the life of Gabrielle Chanel. Embodied by Geraldine Chaplin, Gabrielle Chanel is holidaying in the suburbs of Salzburg in 1954. At her hotel she meets a young lift-boy played by Pharrell Williams who wears a jacket which would later inspire the iconic CHANEL jacket.

“It was time to show the origins of the CHANEL jacket, inspired by the one worn by the lift attendant in a hotel near Salzburg in the 1950s (…) Reincarnation is the story of a lift attendant’s jacket being reincarnated as a timeless piece of women’s wear,” declares Karl Lagerfeld.

Reincarnation is also the evocation of another era, that of the Austro-Hungarian Empire, which Karl Lagerfeld brings to life for one night in the heart of the 1950s.

Karl Lagerfeld adds: “None of this would have been possible without Pharrell Williams, Cara Delevingne and Geraldine Chaplin. It’s the perfect cast. Pharrell is a genius and Geraldine at her best in the role of Gabrielle Chanel in the year of her comeback.”

Reincarnation will be screened in Salzburg on December 1st, 2014 the night before the Paris-Salzburg 2014/15 Métiers d’art show and I couldn’t be happier to be there to watch it live. Stay tuned for more…