Being the last fragrant masterpiece from Gabrielle Chanel herself, Chanel N°19 entered the world of perfumery in 1970, created by Henry Roberts. The number 19 stands for the birthday of Gabrielle Chanel: August 19th. The year of its launch, she turned 87 and died only a few months later. The green fragrant trail with distinctive hints of iris has remained a bestseller among women all around the world. 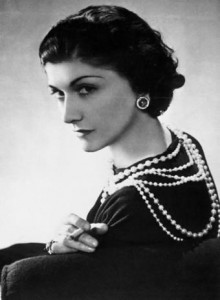 One day, having ordered labels with the name “Coco” on them, she realized that it didn’t work for that fragrance. And so she called it “N°19”. Why N°19? Not long before her death, Coco explained why to her friend and confidante, Carmen Tessier.

“It is the day of my birthday, August 19. I was born under the sign of Leo – the lion. And I am just like the lion: I will bring out my claws to protect myself against being hurt. But believe me, it is har­der for me to lash out at someone than to have someone lash out at me.”

“So what do you think of this fragrance?” she asked, while spraying us with more. “Believe it or not but a man once stopped me in the street because of it. As I was leaving the Ritz, I felt someone touch my shoulder.

I turned around and saw a stranger. Before I could sharply brush off this intruder, he said, with an American accent: ‘Excuse me, I’m with two ladies who would like to know what perfume you are wearing.’

This summer, a new chapter created by Jacques Pole, begins: Chanel N°19 presents itself as delicate as a cloud of powder combining iris with musky notes to give a surprising fresh aroma:
CHANEL N°19 POUDRÉ 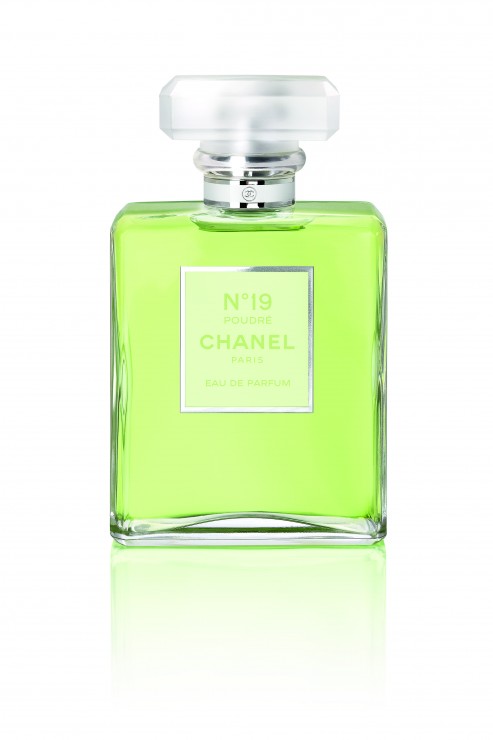 “I wanted to underline the importance of iris at CHANEL, while giving a new facet to N°19,” revealed Jacques Polge. “The desire to rework the original accord with other, more contemporary, powdery notes, came naturally to me.”

And so it is that the latest generation of the most sophisticated, beautifully soft and light musks has joined the world of N°19. Although clearly less green, N°19 POUDRÉ diffuses an incisive freshness on first contact with a zesty sensation of Grasse neroli and mandarin. Then Iris pallida appears, clinging to the dry swirls of Haitian vetiver root, bringing hints of powder cases and lipstick wax, archetypes of noble femininity. Iris fully expresses itself, enveloped in comforting and vel­vety white musk. A light almond impression from tonka bean gives the musk an even cosier feel. And then there’s that irresistible sensation of a cloud of scent on the skin…