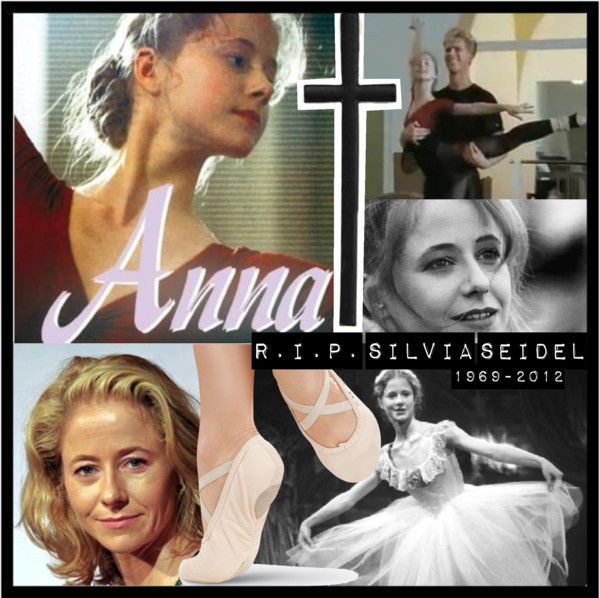 My German speaking readers will know what I am talking about. Silvia Seidel was an icon. In 1986, she played the role of Anna in the eponymous television series, followed by a motion picture in 1987, a young ballerina who finds herself paralyzed after a car accident, and afterwards learns how to walk and dance again. Because of her, ballet schools in Germany were flooded with little ballerinas. Personally speaking, she had absolutely inspired me to follow my love for dancing to that day. The dress codes were all pink, ballet slippers and tutus.

Tonight, I heard that she killed herself last week at the age of 42. I am shocked and devastated at the tragic loss of such an inspirational, extraordinary talent that unfortunately had the peak of her career at a too young age.

Rest in Peace, Silvia and thank you for the inspiration!