A rare enamel and diamond wristwatch designed by Bvlgari in 1965 was sold on June 4th at Christie’s in London from a private collection. This extraordinary sale, tripling the estimate, has set a new world record price for a Bvlgari snake watch at an auction. 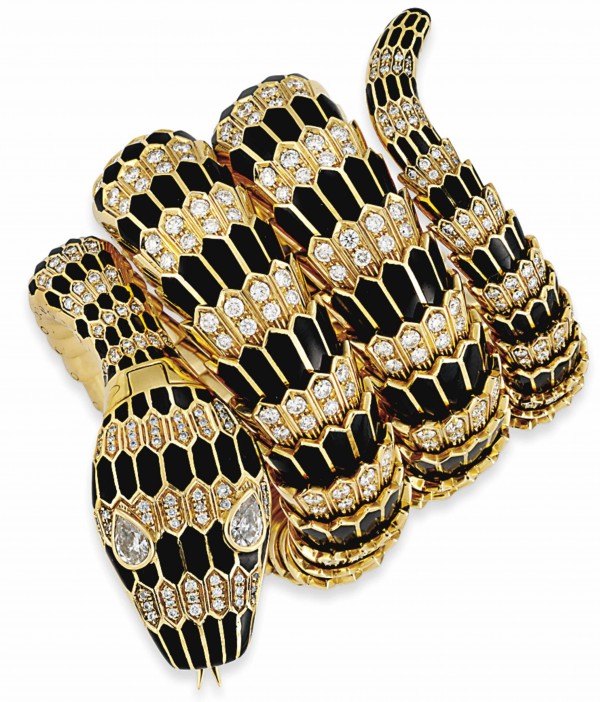 The iconic piece, estimated between $300.780 and $417.750 fetched more than $ 1 Million, changing hands for the final price of $1.107.038. The Roman jeweler, today part of the LVMH Group, celebrates its 130th anniversary this year. The important achievement at Christie’s is testament to the investment value Bvlgari jewelry has, now for over a century.

Since their first introduction as wristwatches in the 1940s, the Serpenti creations became the icons of Bvlgari’s creativity. As the years went by, eclectic reinterpretations in tune with major trends and prestigious endorsements consolidated their status of brand icons.

No leader of the ancient world is more closely associated with the snake than Cleopatra. Strongly intertwined to the Roman Empire through her love affairs with Julius Caesar and Marc Antony, when she first arrived in Rome in 46 BC, the cheering crowd could admire her beauty enhanced through the coiled gold snake bracelets that were adorning her body.
Almost 2000 years later, in the 1960s, Elizabeth Taylor could not resist to ask her favourite jeweller in Rome at via Condotti 10, to create especially for her a Serpenti bracelet, that she was wearing on the set of Cleopatra, as the new queen of the Nile (see photo in the first collage). 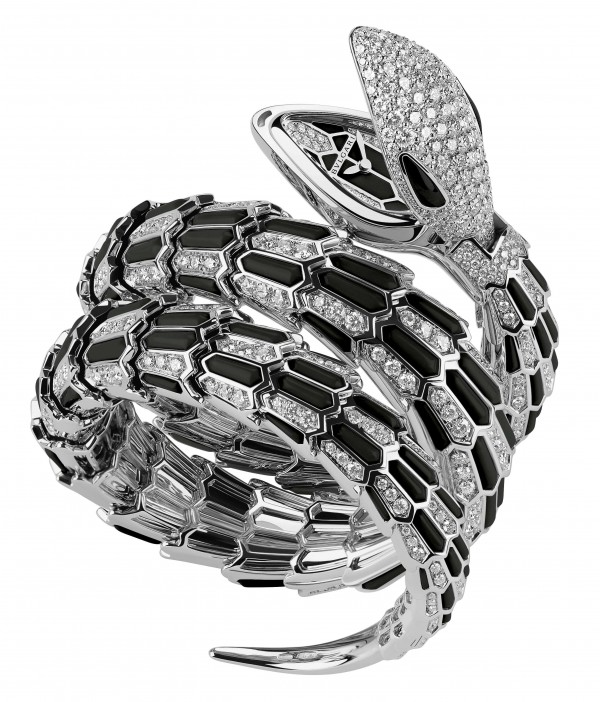