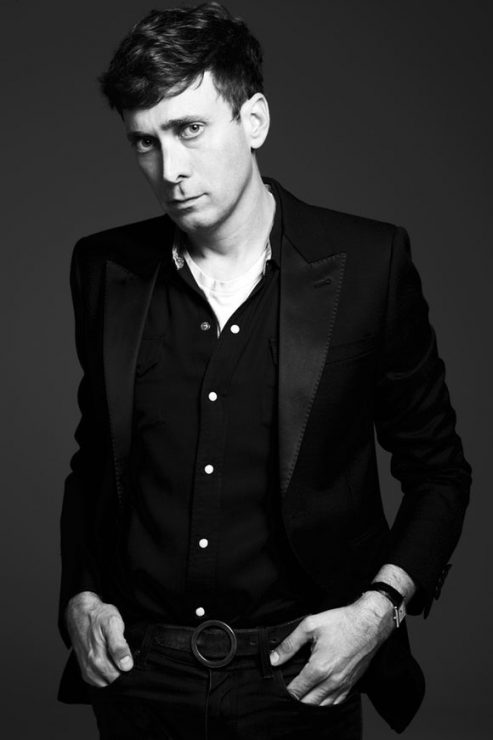 This breaking news for all fashion lovers. One of the industry’s leading image-makers and trendsetters, Hedi Slimane, was announced by LVMH today as Artistic, Creative and Image Director of Céline with effect from February this year. He will direct all Céline collections, extending to men’s fashion, couture and fragrances.

Hedi Slimane rose to fame during his tenure as the Creative Director for Dior Homme (also under the helmet of LVMH) in the mid-2000’s. You could say that he invented the skinny suit. A decade later and maybe most notoriously, he went to Yves Saint Laurent and rebranded the label simply Saint Laurent. Its entire visual identity was reengineered by moving the design studio to Los Angeles and showing revamped rocker looks each season. Hedi Slimane’s talent and his remarkable ability to anticipate and express in a unique way the evolutions and desires of his age, will ensure a further era of exceptional growth and development for the House of Céline.

Bernard Arnault commented: “I am particularly happy that Hedi is back within the LVMH Group and taking the reins of our Céline Maison. He is one of the most talented designers of our time.  I have been a great admirer of his work since we collaborated on Dior Homme, which he launched to global critical acclaim in the 2000s. His arrival at Céline reinforces the great ambitions that LVMH has for this Maison. Hedi will oversee and develop all creativity for both women’s and men’s fashion, but also for leather goods, accessories and fragrances. He will leverage his global vision and unique aesthetic virtuosity in further building an iconic French Maison”.

Hedi Slimane said: “I am delighted to join Bernard Arnault in this all-embracing and fascinating mission for Céline. I greatly look forward to returning to the exciting world of fashion and the dynamism of the ateliers”.