This month, CHANEL‘s S/S 2012 Haute Couture makeup collection BLUE ILLUSION will hit the stores.
As free as the air itself, blue has always been an invitation to travel, from inky nights and clear lagoons. In a design-forward fashion show setting recreating a long-haul flight in midair, Karl Lagerfeld‘s designs were presented with the clouds and moon floating above the audience last January. In a halo of light and strong lines around the eye, blue eyeshadows caressed the eyelids to echo jewel dresses, accompany tomboy postures and soften rebellious hairstyles with a new chic look. Peter Philips, Creative Director of CHANEL Makeup, borrows the intangible hues of summer blue. Like a cloud-strewn sky, eyes take up shimmering reflections that change with the light.

The juvenile grace of an almost nude face showcases eyes with marine depths, mellowed by the radiance of blue tones. On eyelids, ILLUSION D’OMBRE takes on a scintillating and satiny effect that makes eye makeup glow with each bat of the lashes. Two airy shades of grey blue, one pale, DESTINATION, and the other more intense, APPARITION, adapt to all faces. Eyeshadows are applied according to inspiration: in sheer washes or deep colour blocks, in mono­chrome or gradations. Mascara-laden lashes accentuate the graphic tracing of the eye contour with a sophisti­cated note. LE CRAYON YEUX BLEU AÉRIEN borders the eyelids with an intense stroke, like a horizon line over the ocean. The effect can be optimized with LE CRAYON KHÔL and LE STYLO YEUX WATERPROOF, chosen in the MARINE shade, perfect to intensify the depth of the eyes or create evening makeup. The natural complexion is simply dressed in a tender pink blush with JOUES CONTRASTE ROSE ÉCRIN. 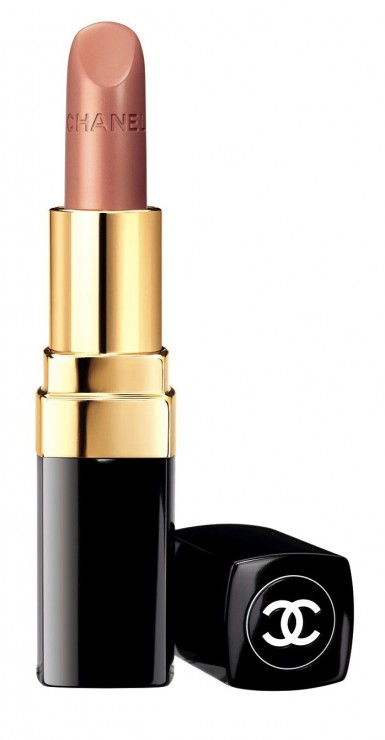 LE CRAYON LÈVRES NATURAL becomes one with a subtle shade of ROUGE COCO SUPERSTITION, a golden beige, the favorite colour of Mademoiselle. For the final step of this chromatic journey, LE VERNIS SKY LINE sweeps nails with a delicate shade of pearly blue that captures and softens the light in its pearly reflections. Available this month in Chanel stores worldwide and at Jemoli in Zurich.