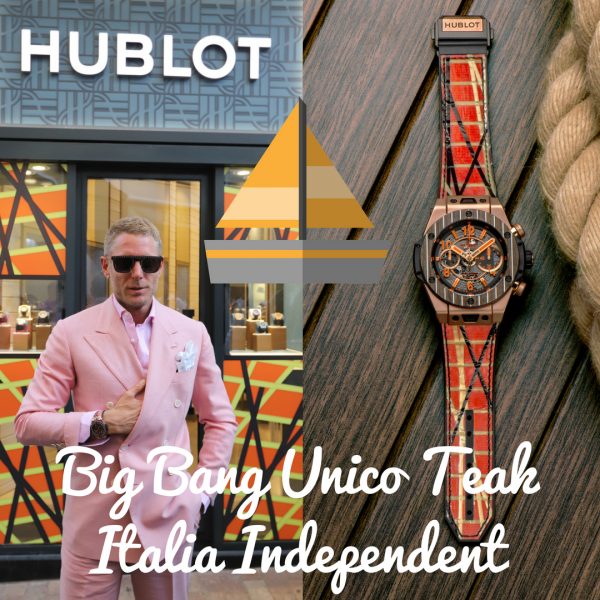 Why do all good things happen at the same time? Last week, I was invited by HUBLOT to join them in Capri for the launch of an amazing nautically-inspired piece in collaboration with ITALIA INDEPENDENT. As I had my girls’ weekend in Belgrade, I couldn’t go unfortunately but I still want to share this with you as I find the watch a true must-have. Paying tribute to Lapo Elkann’s passion and love for the sea by drawing inspiration from the nautical world and from his own experiences and memories within. 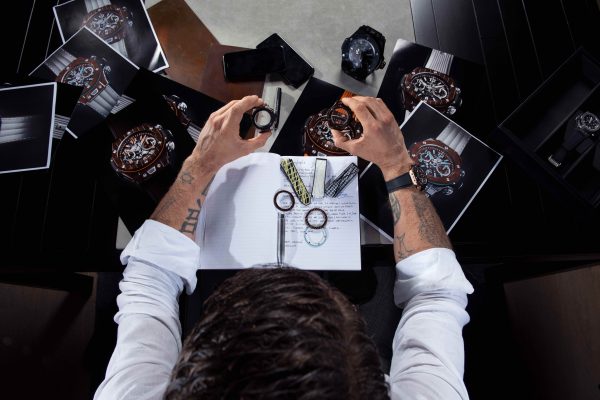 It has been several years since the Founder and Artistic Director of Italia Independent and Garage Italia, Lapo Elkann, and HUBLOT were discussing about a nautical-related watch. And for good reasons. From his earliest childhood, Lapo was cradled by the movement of the waves, thanks to his iconic grandfather who was himself passionate about sailing. Lapo even won the famous race, the Fastnet, with his brother aboard the mythical Stealth. 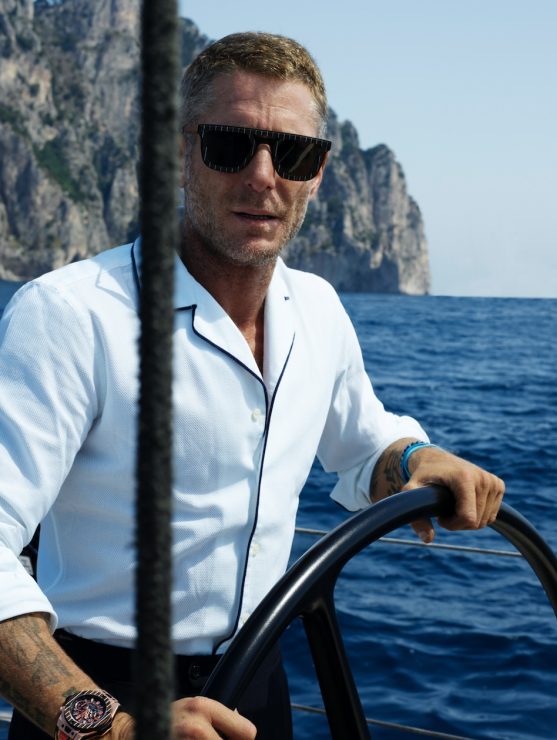 Lapo Elkann’s legendary grandfather, L’Avvocato (the lawyer), Gianni Agnelli, had indeed an all-consuming passion for sailing. This was to such an extent that he was responsible for creating Azzurra, the first Italian team and challenge to win the America’s Cup. During his enthralling life, he had several yachts built so that he could indulge in his favourite sport. 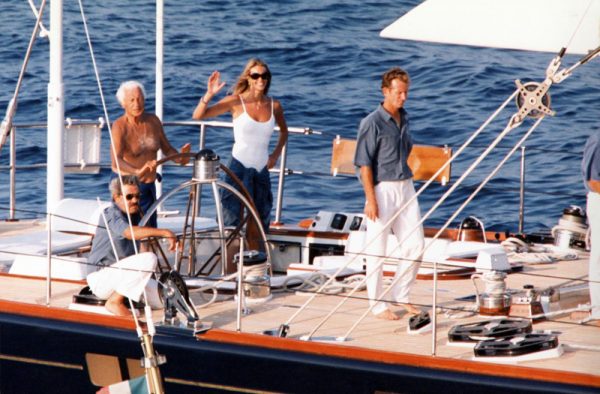 In the mid-1990s, he ordered from the naval architect German Frers an exceptional, unique sailing boat whose name Stealth was a nod to the American Air Force’s F-117 fighters which were capable of avoiding radar detection. Like these aircrafts and thanks to the visionary Gianni Agnelli, this superyacht displayed the technical characteristic, a first at the time, of the wide use of Kevlar carbon and other composite material. The yacht was characterised by cutting-edge geometrical shapes, which together with the carbon fiber black sails would have a great influence on Lapo Elkann’s work as a designer. 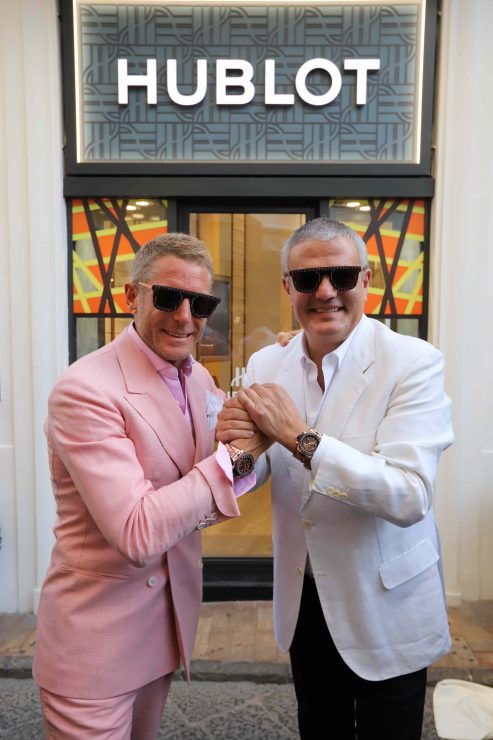 «This new project made us aware of the unsuspected links between the world of sailing and our watchmaking expertise, including, for example, the use of materials and techniques that are at the forefront of innovation we have managed to combine with traditional teak wood. A perfect match between technology and tradition, or the very meaning of the Art of Fusion! Here, our partnership with Lapo Elkann and his brand Italia Independent takes on an emotional, creative and technical dimension.»
Ricardo Guadalupe, CEO of Hublot

Paying tribute to this passion, HUBLOT and Lapo Elkann have once again come together to make a watch. And what setting could be more appropriate for its presentation than the blue of the island of Capri? It was here in the Hublot boutique on the main street Vittorio Emanuele, that guests were able to discover the Hublot Big Bang Unico Teak Italia Independent, the production of which will be limited to 100 pieces. 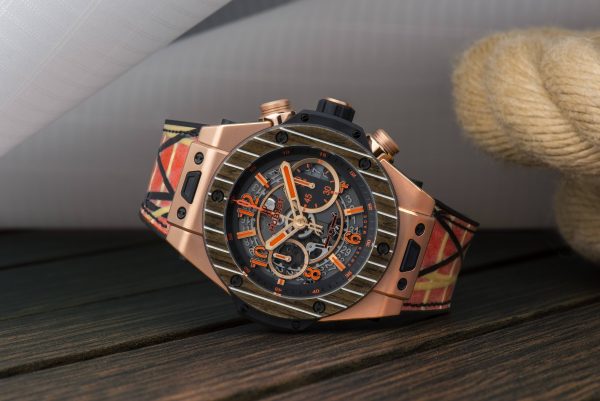 Based on the legendary Big Bang Unico chronograph, this watch uses the style codes of the yachts of the late Gianni Agnelli, Azzurra, Agneta, Extra Beat, Stealth and particularly the Tiketitoo, whose hull was stained a warm golden colour. The case and the push-pieces are machined in King Gold, a unique alloy of gold and platinum developed by the HUBLOT manufacture. On the dial, the indexes are in orange while its bezel is cut out of teak, a precious wood usually adorning the deck of the finest boats. With a 45-mm diameter and water resistance to 100 metres, the watch encloses the UNICO HUB1242 calibre house chronograph movement, which has a 72-hour power reserve. This masterpiece of technology and watchmaking expertise is visible through the sapphire glass mounted on the back of the watch. 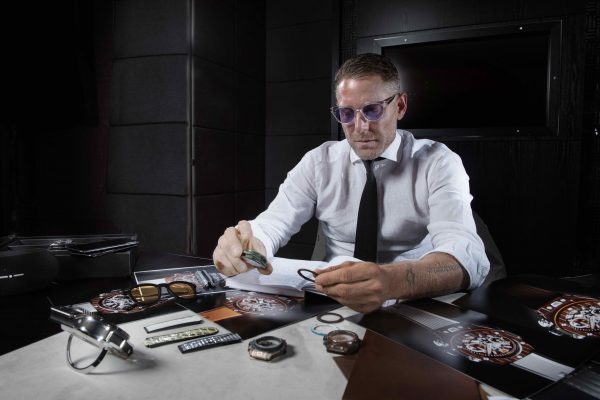 «As long as I can remember, sailing has been part of my life. I have spent many hours sailing the Mediterranean, like here in Capri or off the coast of Brazil.
I started very young thanks to my grandfather Gianni Agnelli love story with incredible boats which I was lucky to sail on. Each of them has a special memory but Stealth has a special place not only for his unrepeated, one of kind design but also because of our victory of the Fastnet with it.
I am therefore very proud to be able to pay tribute to him with this new watch.
A maritime spirit that has been perfectly restored thanks to the technical expertise of our partner Hublot.»
Lapo Elkann, Founder and Artistic Director of Italia Independent and Garage Italia 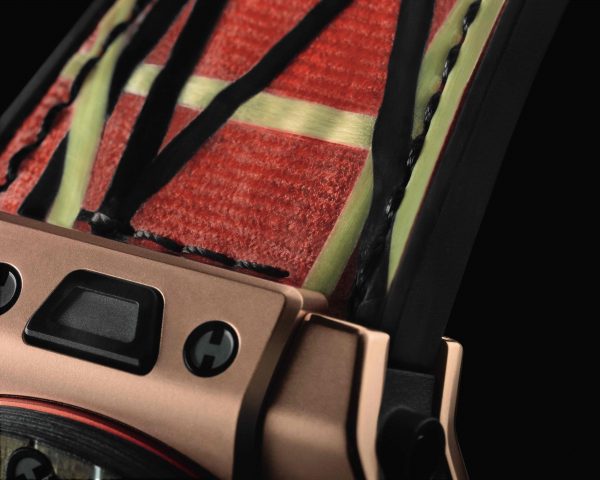 Each model of the Big Bang Unico Teak Italia Independent has two straps. The first, inspired by the world of regattas, is cut out of a real boat sail in Kevlar carbon with a rubber base. The second, which is orange and striped, is made entirely of rubber. The watch is fitted with the revolutionary One Click system which means that both straps are interchangeable at whim. 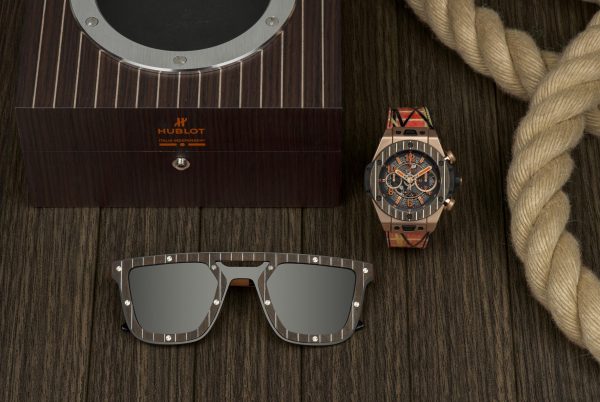 The 100 pieces of the Hublot Big Bang Unico Teak Italia Independent watches will be delivered in a case containing a pair of Italia Independent sunglasses whose frames uses the same teak wood as the bezel of the watch. Do you fancy setting sail?

Photos: ©Hublot and via L’Avvocato