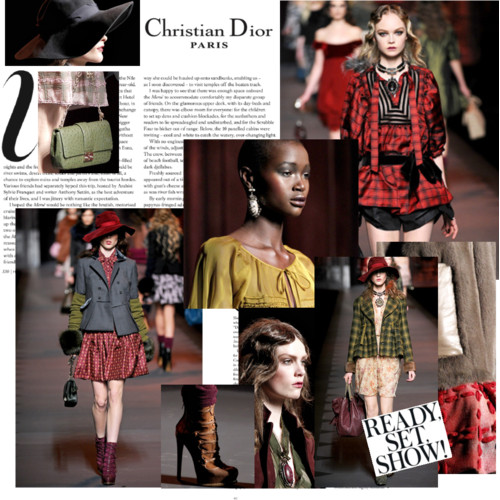 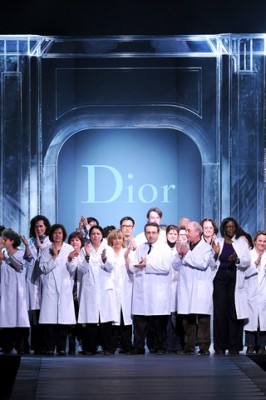 Yesterday, despite all the horrible incidents that happened to the famous French fashion house during the last seven days, the Dior F/W 2011 show took place inside the tent situated in the gardens of the Musée Rodin – just without its designer John Galliano who got fired after his anti-Semitic assaults.

But before the models appeared on the catwalk, Dior CEO Sidney Toledano made a speech onstage about the values that Christian Dior has represented for more than six decades. With no word he mentioned John Galliano by name.

In the end of the défilé, the seamstresses and craftsmen who had been working for Galliano over the past 14 years showed up on stage and the audience cheered and clapped.
Isn’t it on one side such a sad ending for such a talented designer as Galliano is and on the other hand so unbelievable that it took an heinous act like that to finally thank the people in the ateliers for their amazing work! 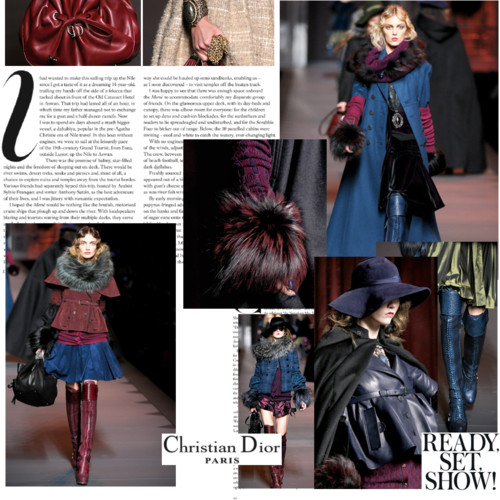 I have absolutely loved the collection, the rich colours, lush textures and the bohemian theme. Romantic and edgy, quintessential pillars of the Galliano woman. The buckled knee boots worn with a sweeping cashmere cloak, mmh, just love that! And our Swiss supermodel, Julia Sahner, looked so pretty in the long ruffled chiffon gown, blowing kisses. 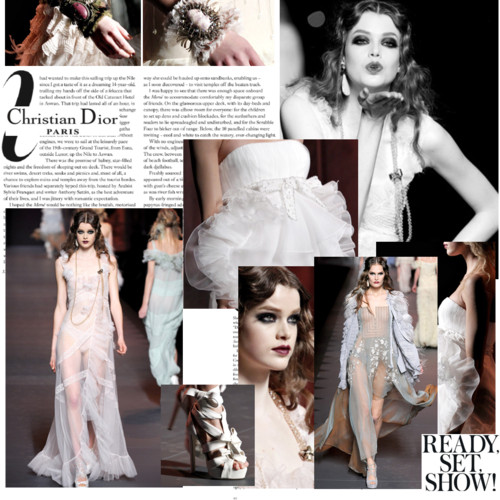 It was completely wrong and despicable what Galliano did but let’s see if he will have a comeback one day. People forget and time changes everything. Did you know that Coco Chanel experienced an exile from the fashion world for nine years after having been denunciated as a Nazi collaboratrice? I detest Galliano for his behaviour but I absolutely love his talent.