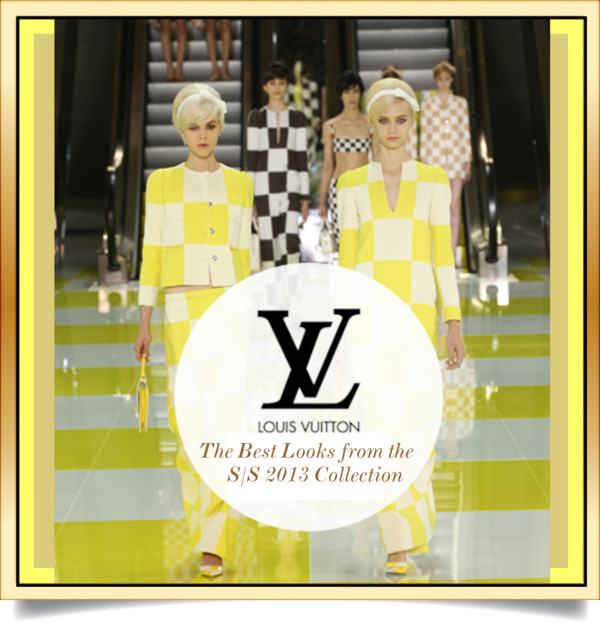 On Wednesday morning, I went to Louis Vuitton‘s S/S 2013 show that was as energizing and different as it was brief because the models walked out in pairs like twins. The setting was once more very special: Four escalators formed the fundamental structure of the presentation inspired by Les Deux Plateaux, a famous installation piece in the Palais Royal by the artist Daniel Buren with columns arranged in a grid. 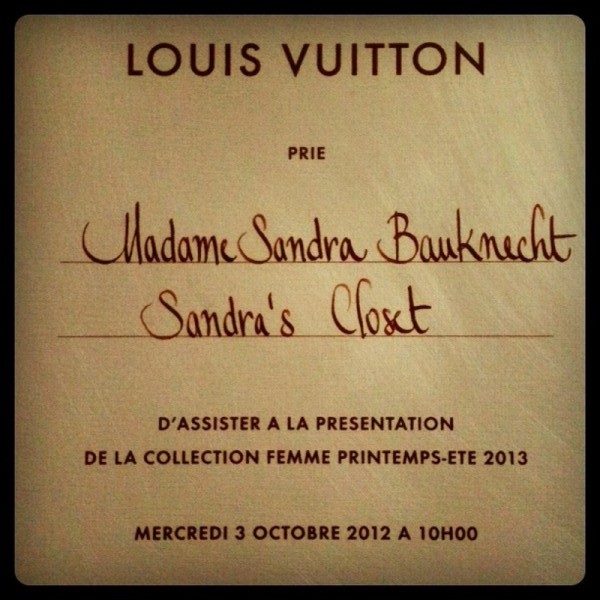 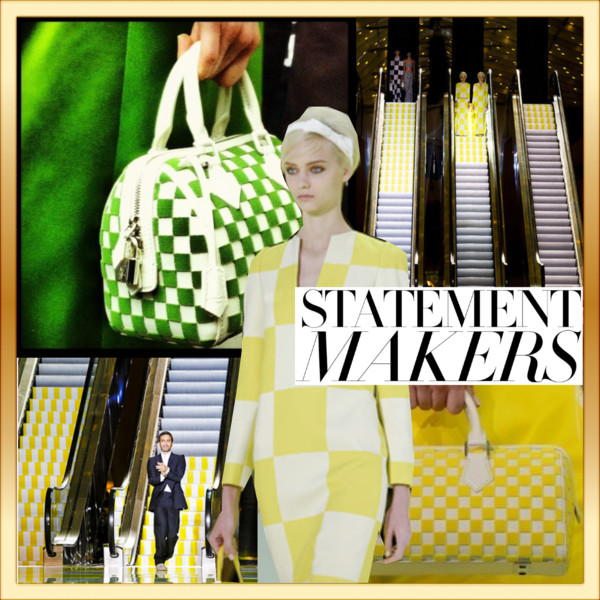 The collection was very graphic and structured which had I expected after having seen Marc Jacobs’ signature line where minimalistic stripes ruled the runway (for more information, please click here). For Louis Vuitton, the designer went for ’60s silhouettes, gigantic checks and floral embroideries stitched in mini-squares. Even the house’s iconic Speedy bag got cubed, too.

It was the first ever Louis Vuitton collection not to make use of the Monogram. Instead, the Damier pattern provided the house’s signature. 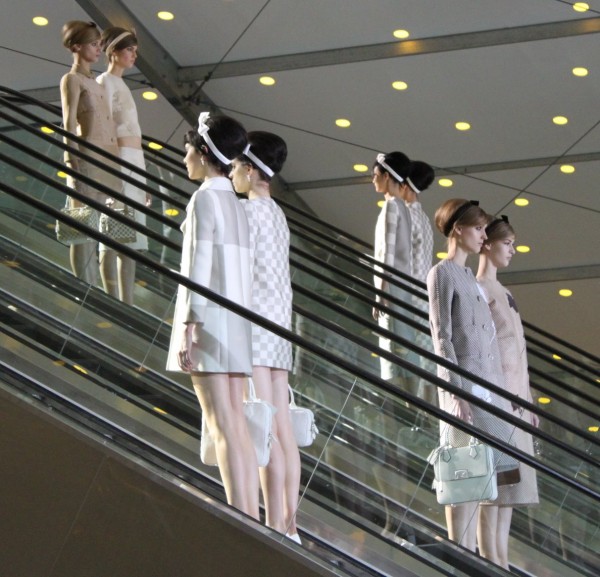 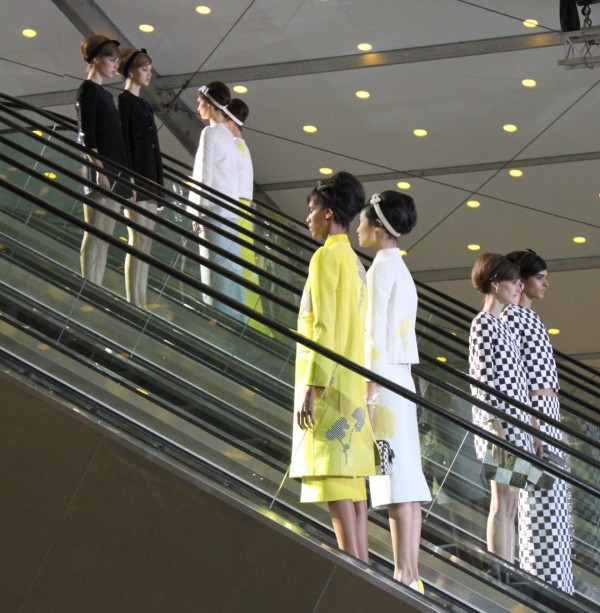 A fundamental duality underpinned the collection, Marc Jacobs used always two colors, shiny and matt textures. He had the image of two very different French icons of the ’60s, Françoise Hardy and Jane Birkin, in mind when creating the collection: Hardy always very covered up, Birkin always revealing plenty of flesh, but both always in long, simple clothes. To reinforce these oppositions, the collection was presented on models in pairs. 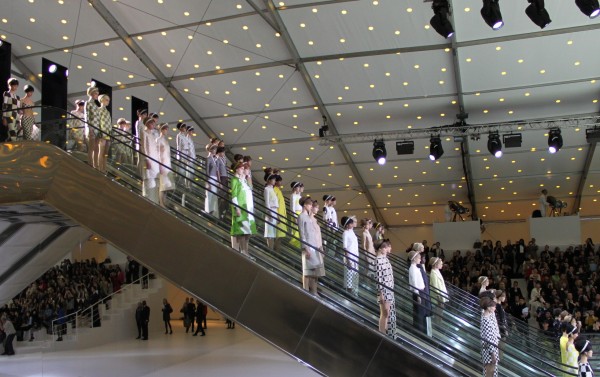 For a finale, the models streamed down the four escalators very futuristically like an army of Louis Vuitton cult followers to the music from the opera “Einstein on The Beach” by Philip Glass. The show was different, especially compared to the excesses of last season and also optimistic as the sunshine yellow enlightened the room. 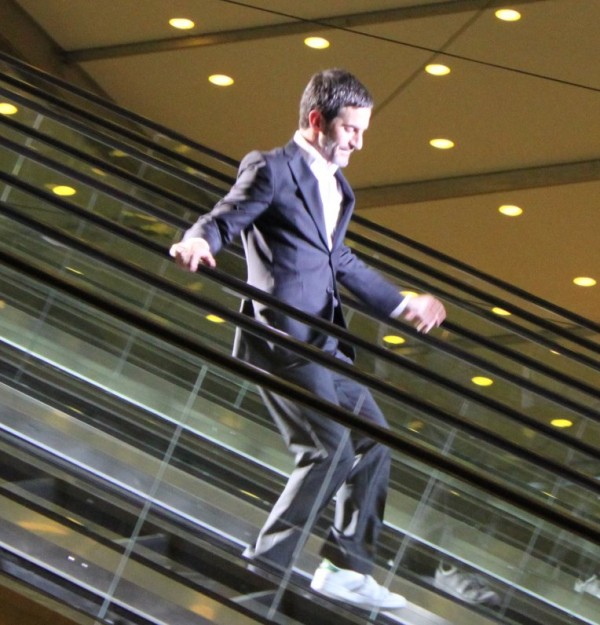 Marc Jacobs almost jumped down the escalator while the audience applauded. 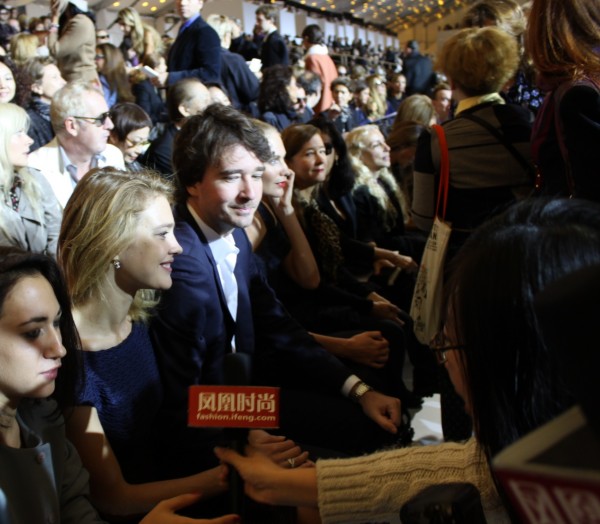 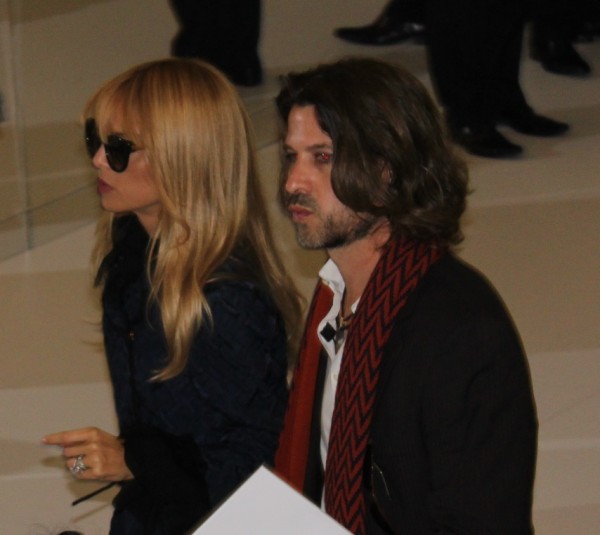 Photos used for the collages: Courtesy of Louis Vuitton, all other photos: © Sandra Bauknecht