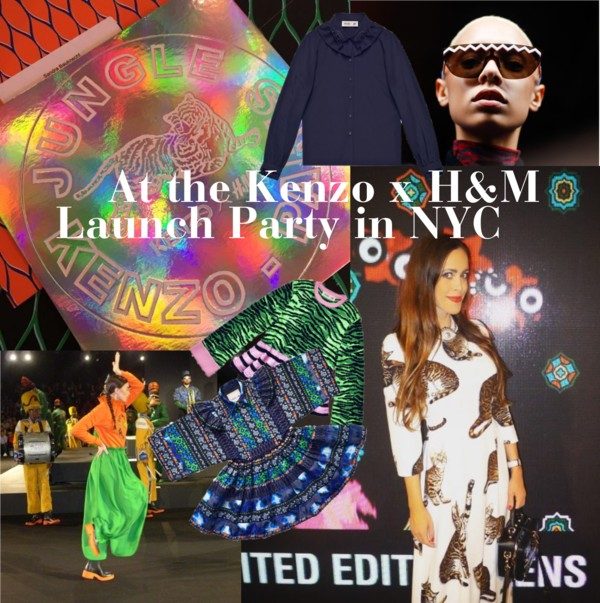 One word: amazing! This is what describes Kenzo x H&M best. Last week, I was in NYC to attend the party of the year with a fashion show directed by fashion legend Jean-Paul Goude at Pier 36 that was as spectacular as the collection itself. 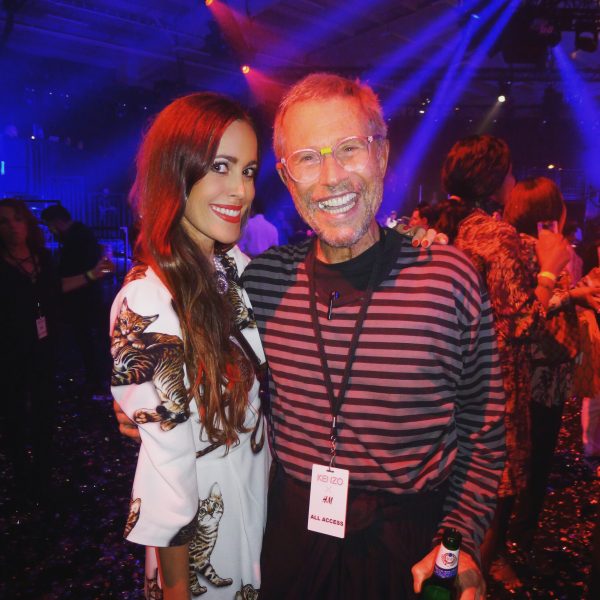 With Jean-Paul Goude at the after party.

To the rhythm of a customized remix of «Express Yourself» by Sam Spiegel, we were able to watch the vibrant and playful energy of the pieces that were designed by Kenzo’s Creative Directors, Carol Lim and Humberto Leon on models, that were actually dancers, beatboxers, whistlers and musicians. 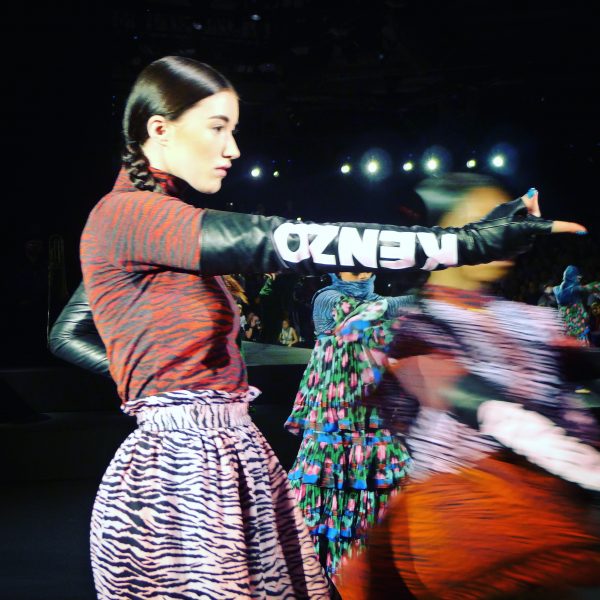 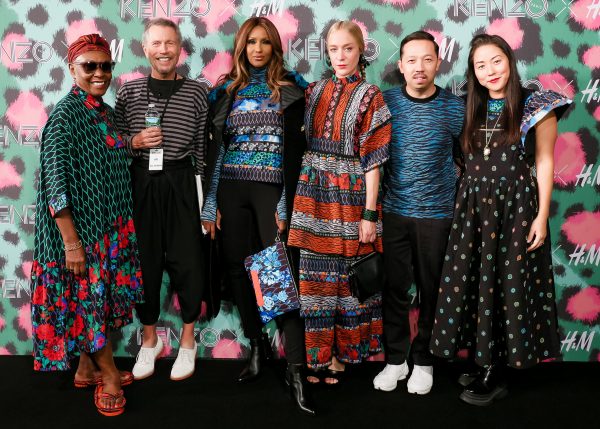 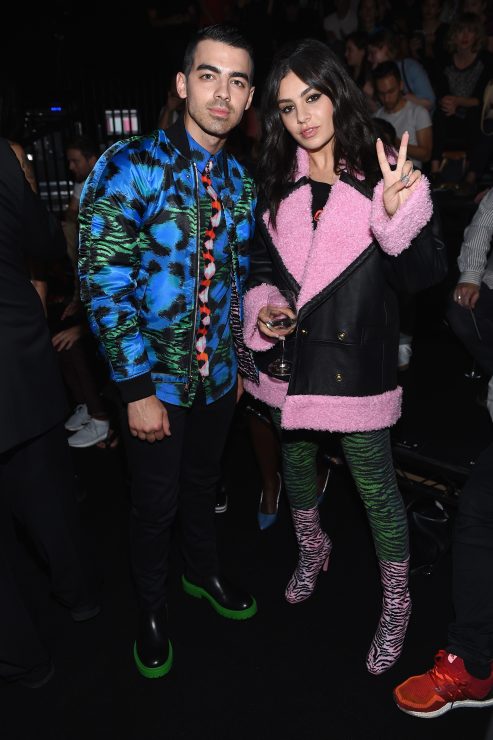 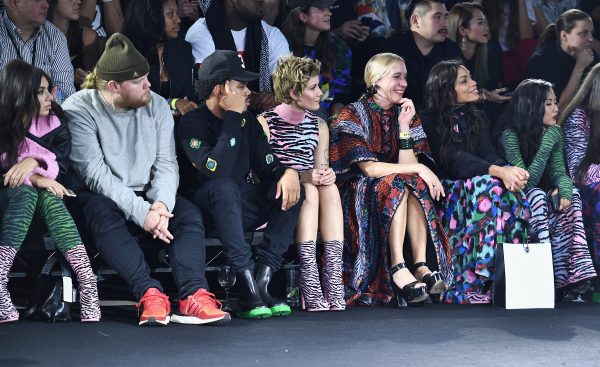 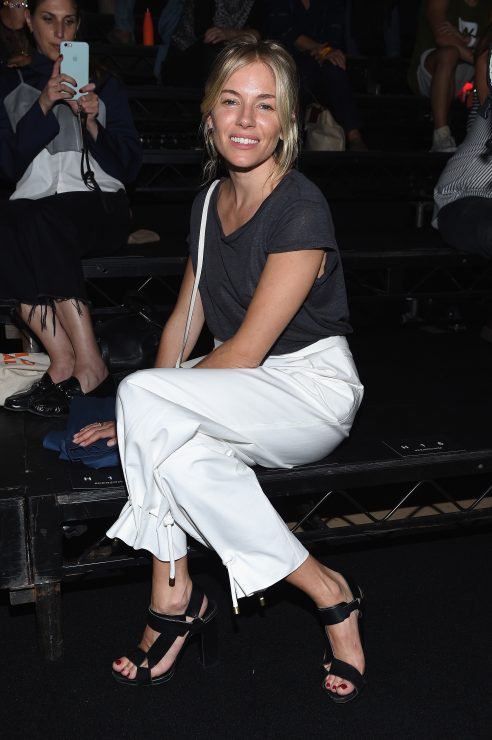 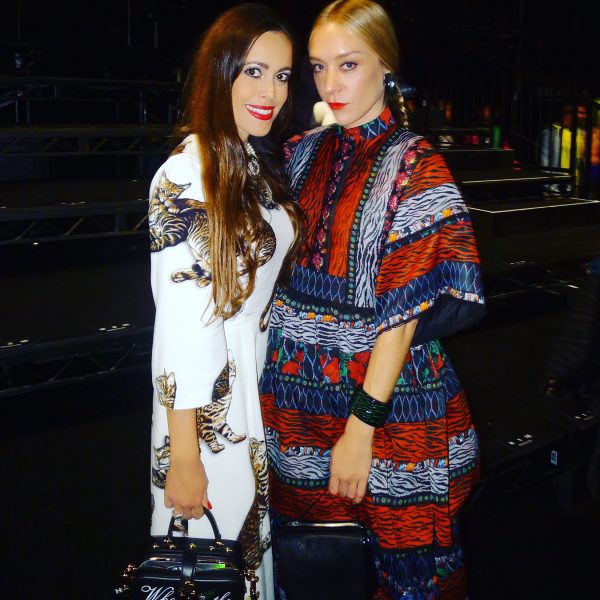 With Chloë Sevigny at the show. The choreography was created by Kenzo collaborator, Ryan Heffington and transformed us into something very special, not a stiff runway presentation but an energized dance show that Carol Lim and Humberto Leon described as «a celebration of everything we love about Kenzo x H&M – it was a fun, vibrant and unexpected celebratory mix of different worlds coming together. It was a show we will never forget.» 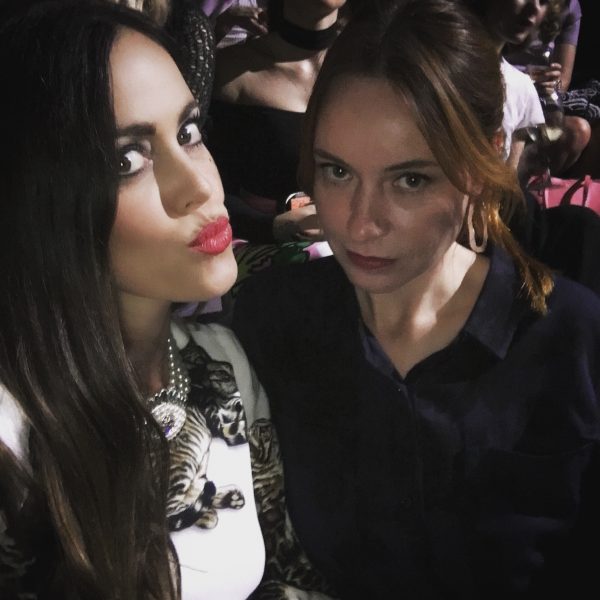 With my dear colleague Kerstin Netsch, Editor in Chief Friday Magazine waiting for the show to begin! 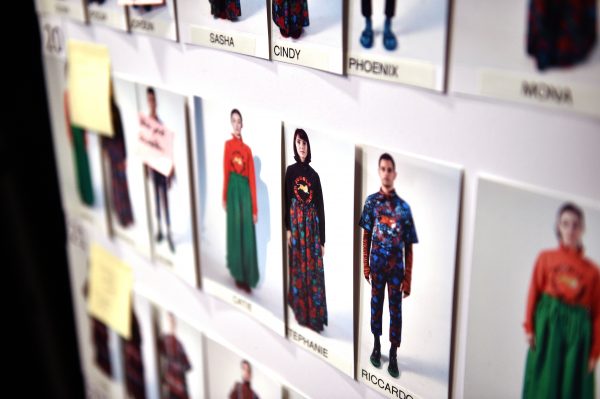 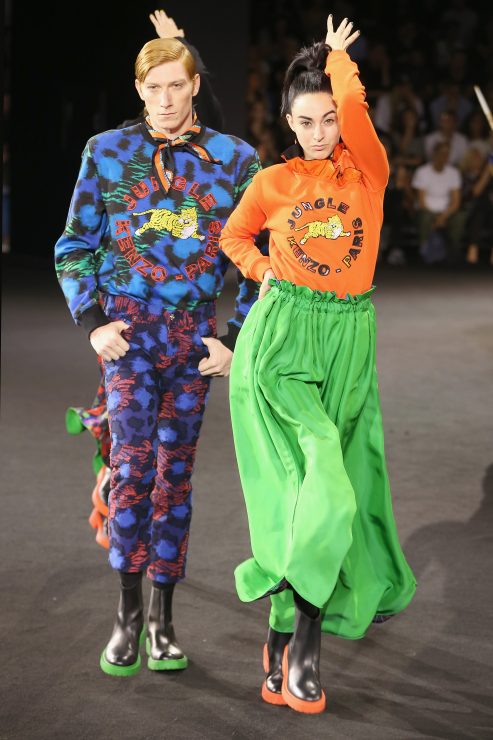 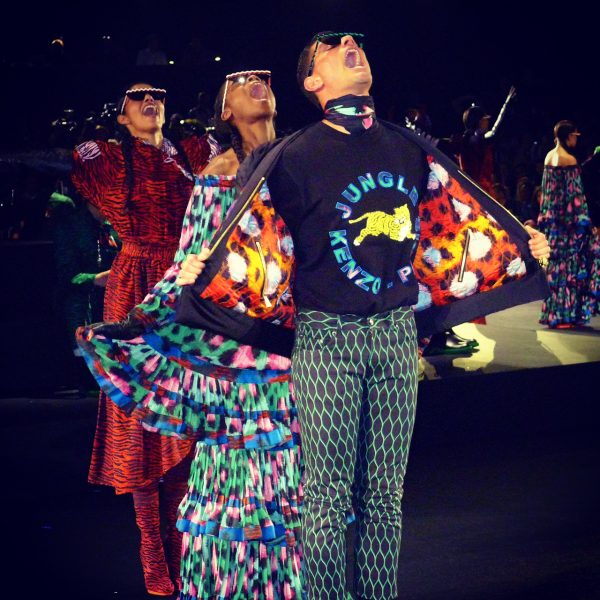 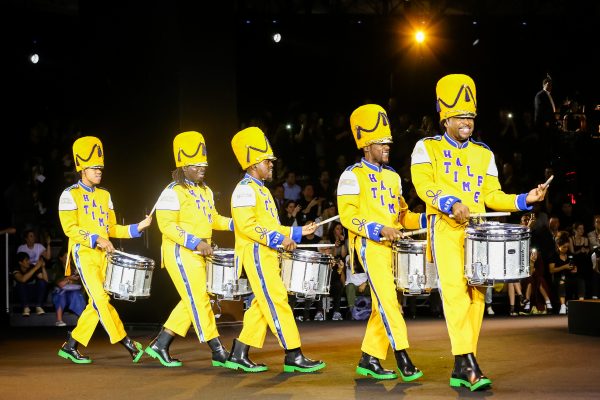 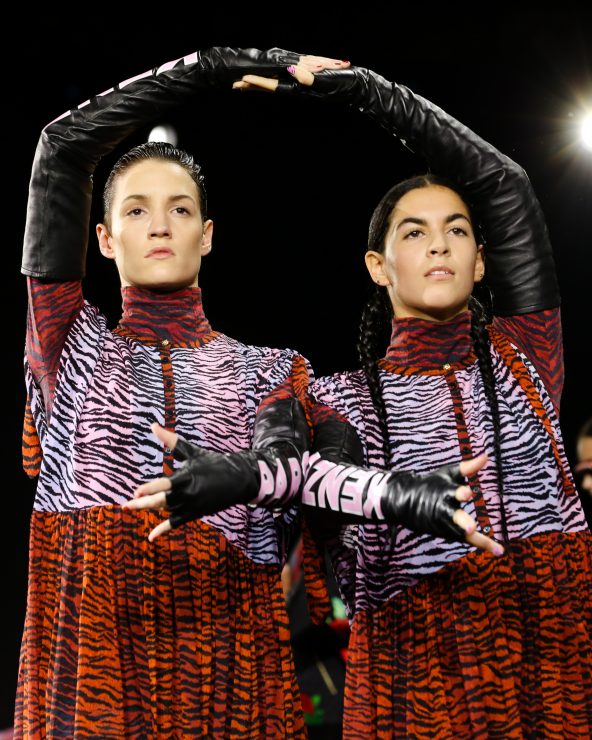 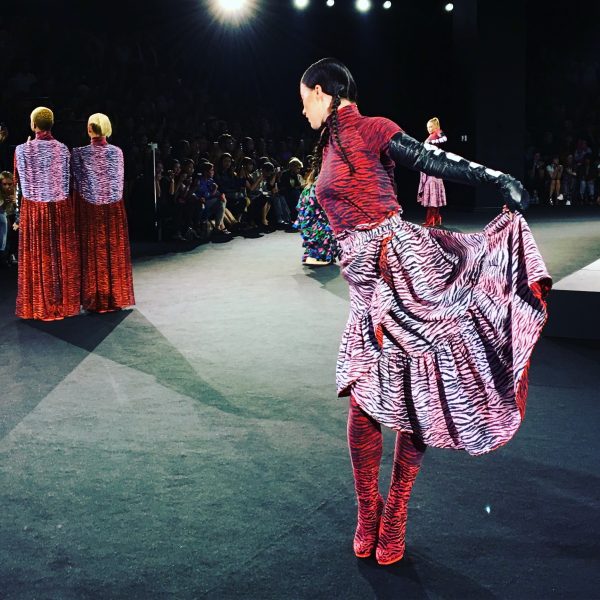 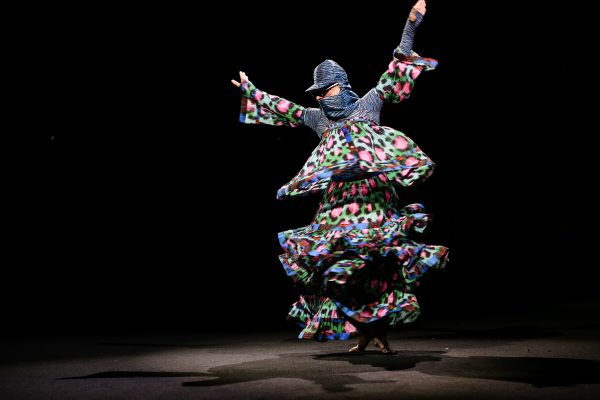 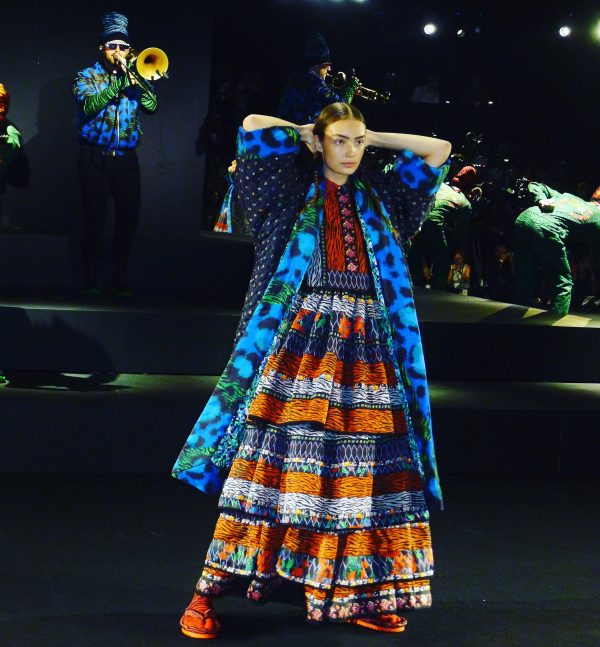 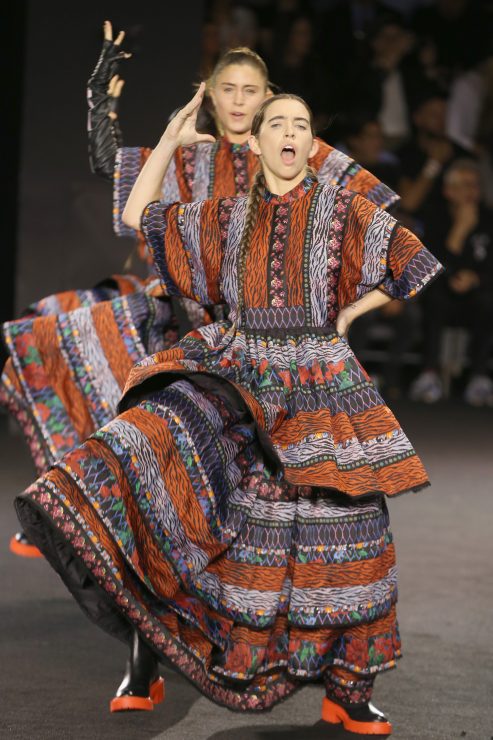 Happy about their show: Jean-Paul Goude and Carol Lim. As the show finished the fun continued and the models came to ask us to join them on the runway which became immediately a dance floor. I didn’t wait a second to jump up and move to the sound as the whole performance had transported me already in such a fun state of mind.

Chance the Rapper and Iman dance at the show finale… … that also made Lupita Nyong’o move her body with a full smile. Later, after we went shopping in the pop-up store next door, a surprise performance by rapper and surprise guest Ice Cube took place and we partied late. I am very thankful that I was able to experience this inferno of playfulness. 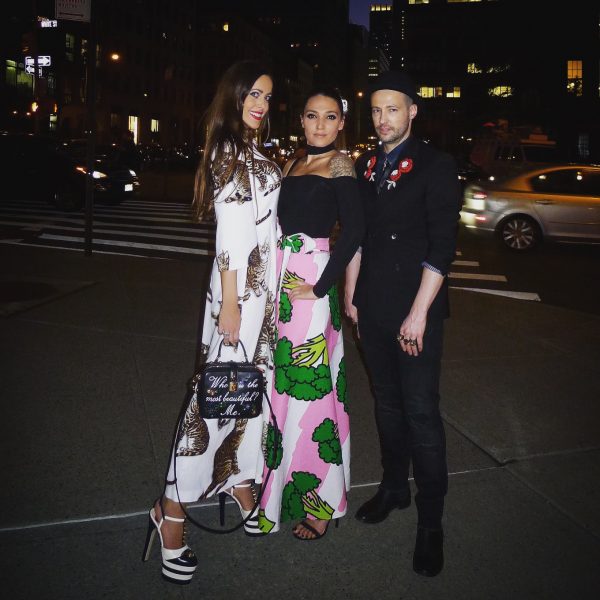 Having always the best time with those guys: Caroline Piccinin, Le Matin and René Zibold, PR and Communication Manager at H&M Switzerland (@monsieurené). Isn’t her skirt the best? The fabric is from Ikea and she tailored it herself. René was also very creative. His collar embellishments are divine and I will reveal his secret to you soon!

The Kenzo x H&M collection will be available in over 250 H&M stores worldwide, as well as online, from November 3. Stay tuned for an amazing interview with Carol Lim and Humberto Leon as well as a close-up look on the collection coming up shortly.