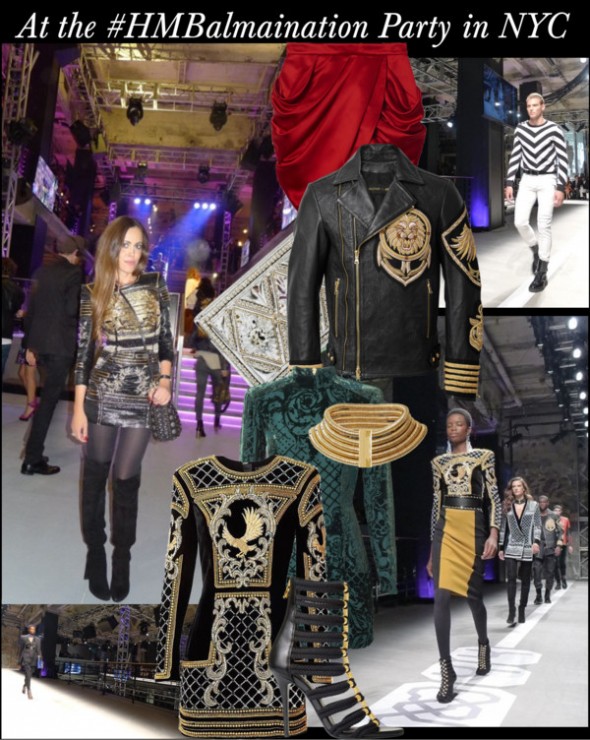 What a night in NYC! I am still overwhelmed by this glam and fun event where the fashion and Hollywood elite joined forces on Wall Street to celebrate the launch of the amazing collaboration between Balmain and H&M. More is more is definitely something that goes for the Parisian Maison and yesterday was proof for it!

”Tonight has been a dream come true for me. The energy and vibe are unbelievable.” – Olivier Rousteing 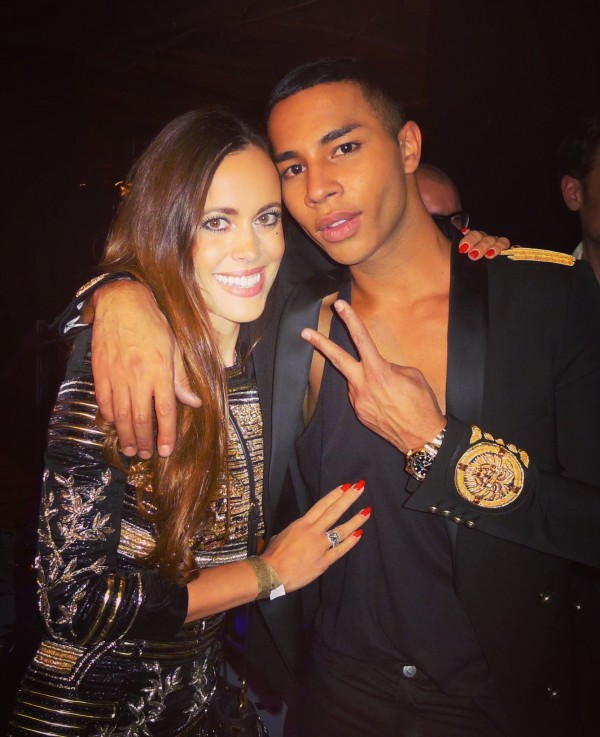 Olivier Rousteing with me last night

Just like the opulent collection designed by Creative Director Olivier Rousteing, the party in the Big Apple was extra everything. Rousteing, who is bringing the brand’s DNA of music, couture, luxury and pop culture – he is the designer with the biggest instagram follower ship – together, said: ”Tonight has been a dream come true for me. The energy and vibe are unbelievable.” He created the hashtag #HMBalmaination where people could follow live the best moments of the night. 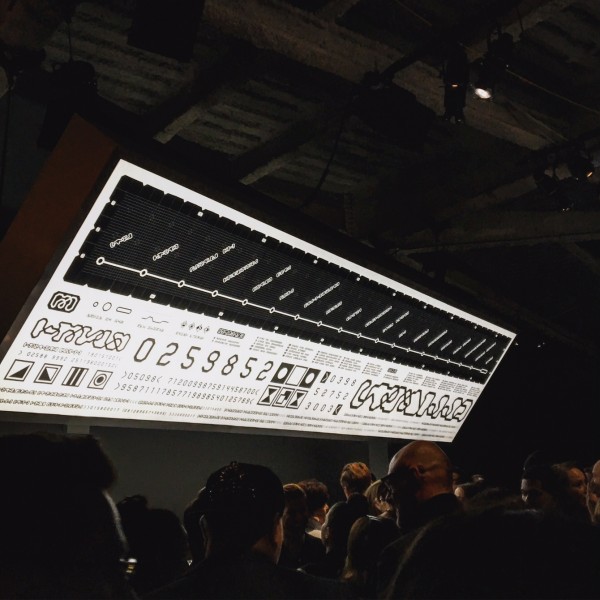 When I arrived at 23, Wall Street, I entered the highly secured venue over the stairs and found an ambiance similar to a subway system, referencing the campaign film – where Kendall Jenner, Olivier’s muse and friend, stars as the leader of a dance crew. While enjoying champagne, I mingled with the A-list crowd of top models, celebrities and Hollywood actors. 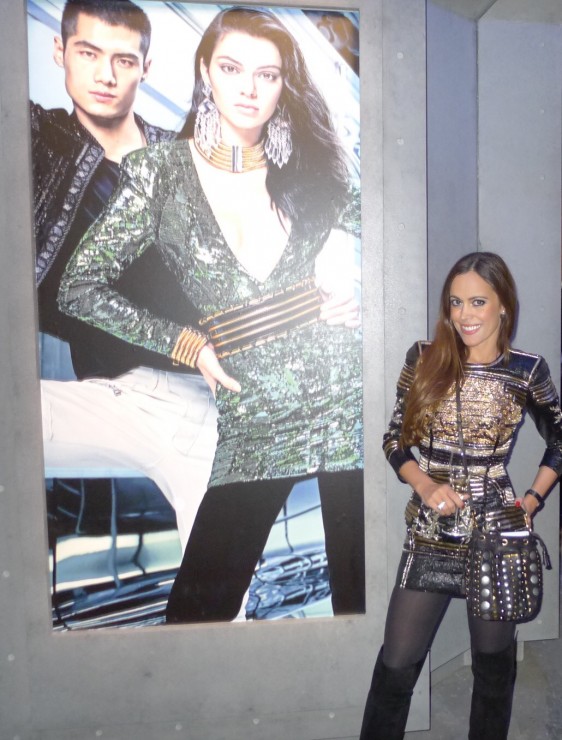 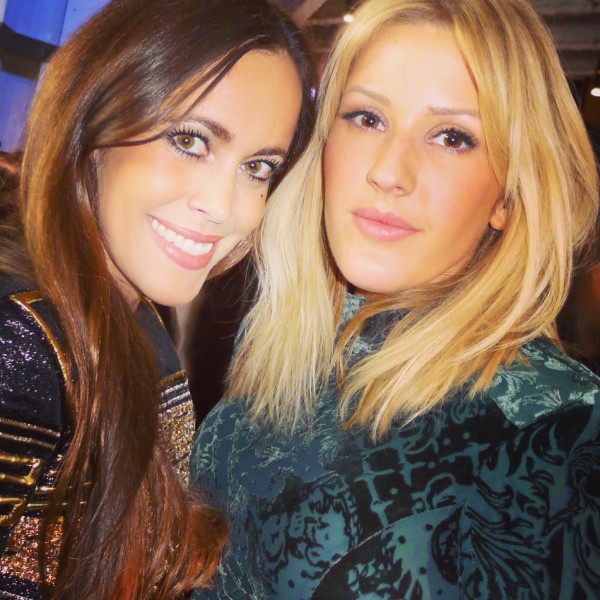 Singer Ellie Goulding with me 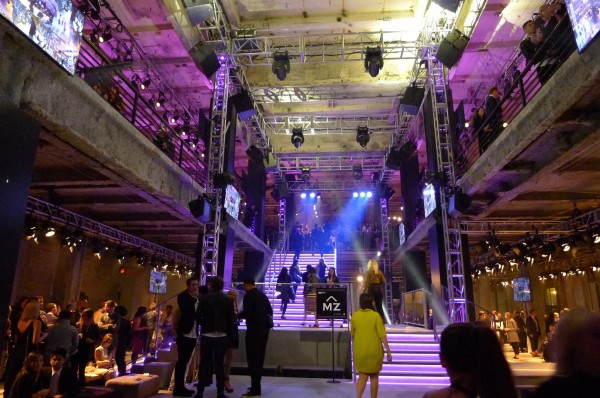 After the cocktail reception, I entered the next hall where the runway was built over two stories. Before the show actually started, a live dance performance took place as well as an exclusive sneak peek of the campaign music video. The guests were truly cheered up when Kendall Jenner opened the  catwalk, followed by some of the hottest models in the industry right now. 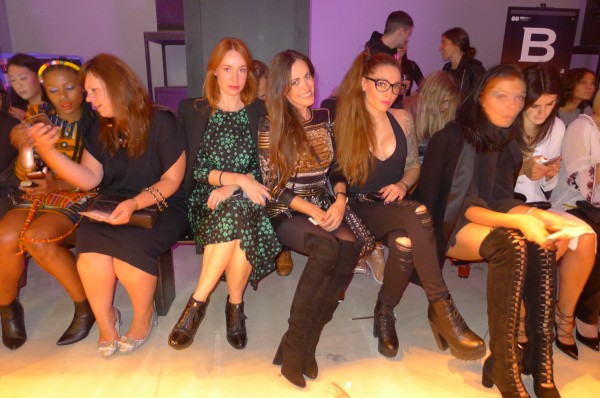 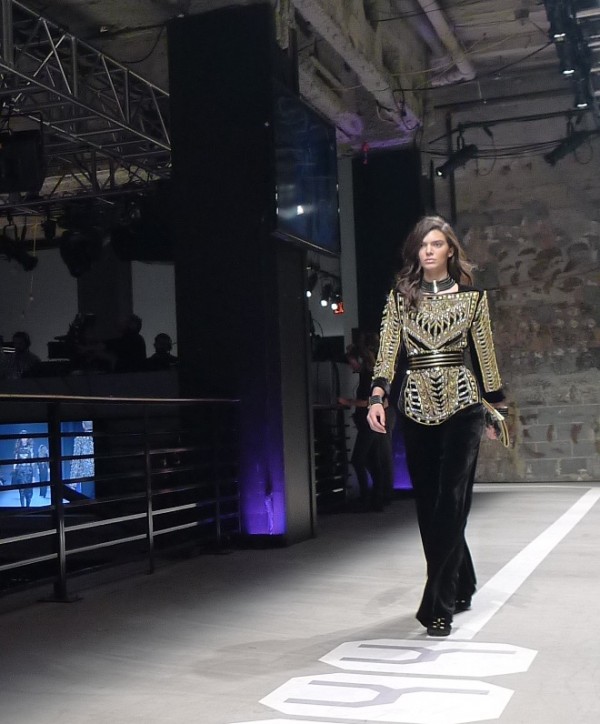 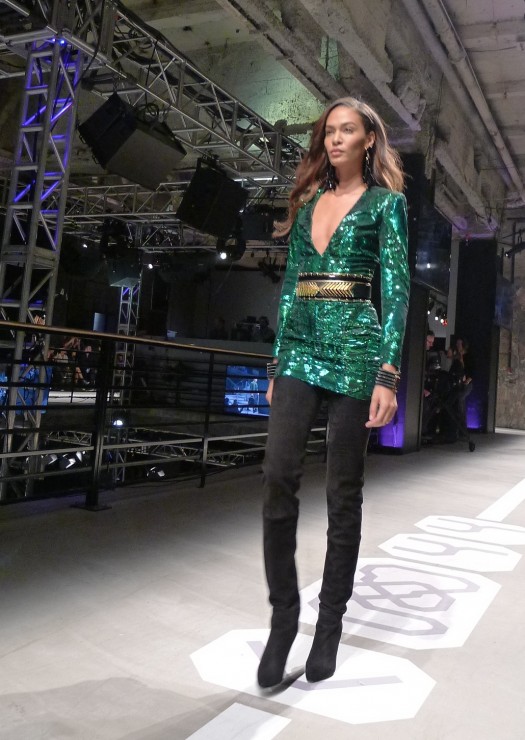 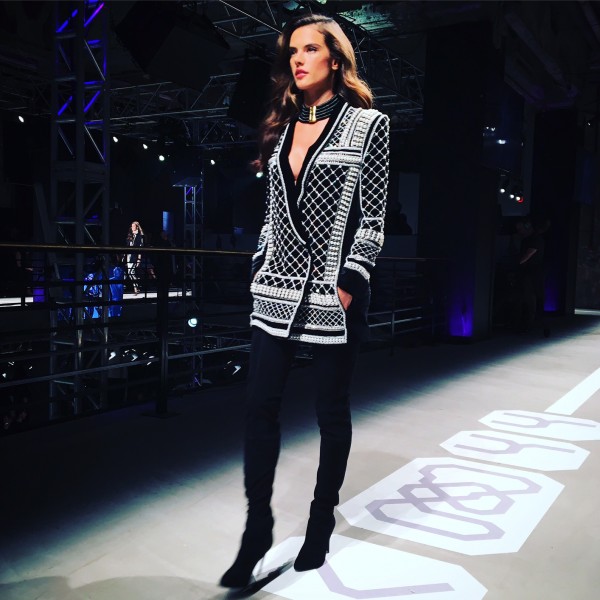 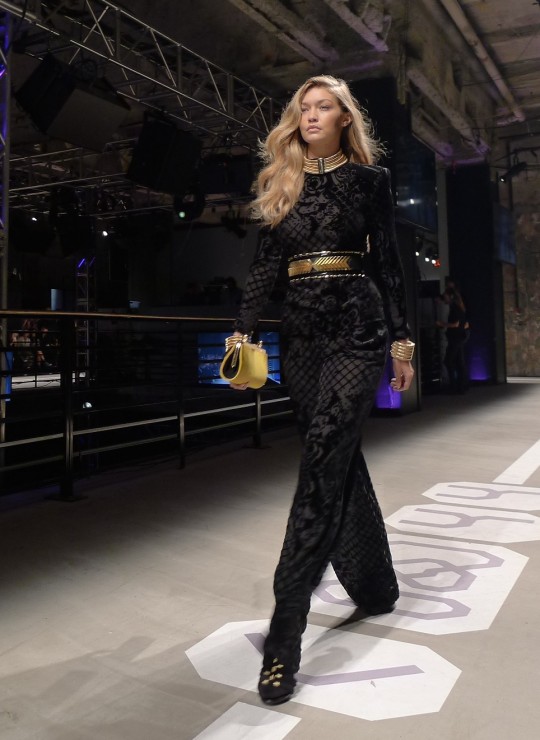 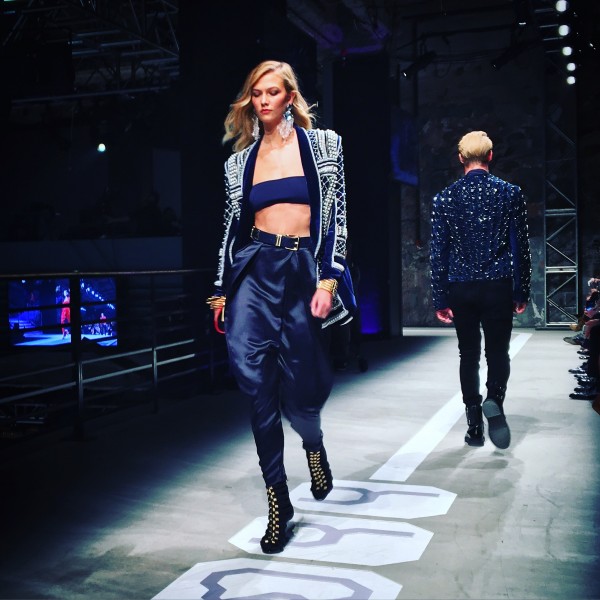 Karlie Kloss was my favorite on the runway. The collection is all about affordable luxury. Olivier Rousteing took some of his best creations he designed over the past seasons and made them into one collection. Compared to other designer collaborations H&M did in previous years, the pieces are more expensive but I am still pretty amazed how this craftsmanship is possible for that amount of money. The collection is truly beautiful with lots of items you can enjoy for a very long time. After the show, it was all about the music and energy. A live concert by the Backstreet Boys took guests back in time, especially my humble self as over 20 years ago, I was with them on a Germany tour with my own band. Personally speaking, the Balmain x H&M launch party was one of those nights you never want to end! 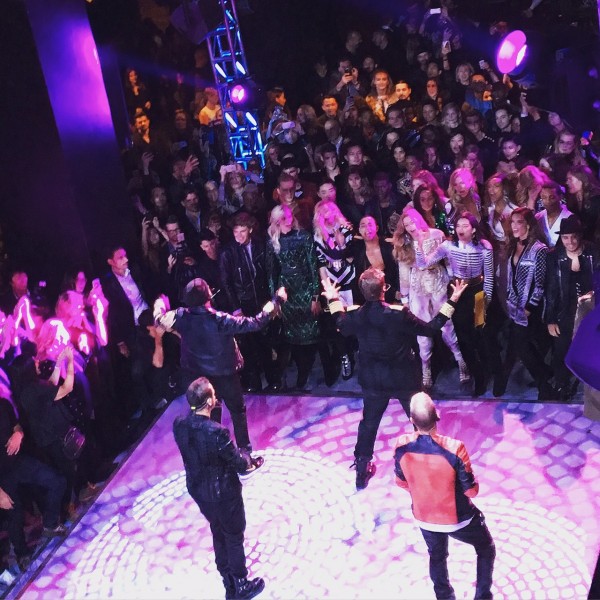 Olivier Rousteing and his friends, among them Kendall Jenner, Gigi Hadid and Alessandra Ambrosio, cheered to the Backstreet Boys.

The Balmain x H&M collection features fashion and accessories for both men and women, and will be available in selected stores and at hm.com starting November 5.

Now have fun to scroll through some more impressions of the night and check back in for more updates as I just uploaded my own photos today. The internet is too slow… there is much more coming up. Now I have some appointments in NYC before I am heading back home!
Talk to you when I am in Europe… Guests being crazy about the red carpet arrivals. 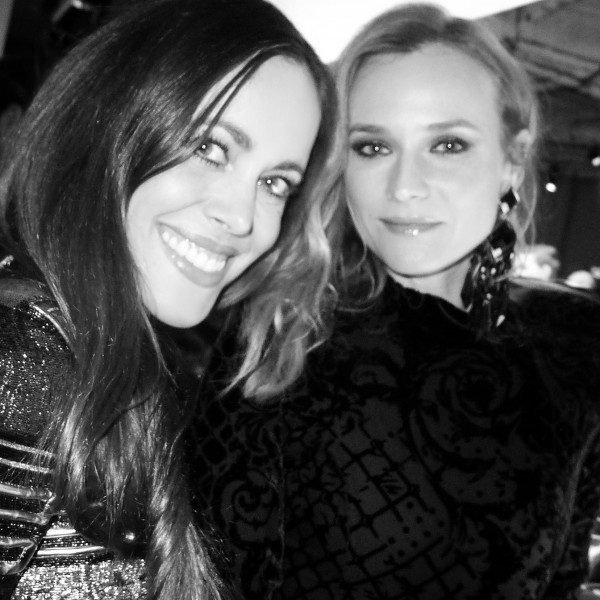 We couldn’t get enough of the Backstreet Boys! Always a lot of fun with my colleague Caroline Piccinin from Le Matin in Geneva. The normal craziness at the pop-up store late at night. 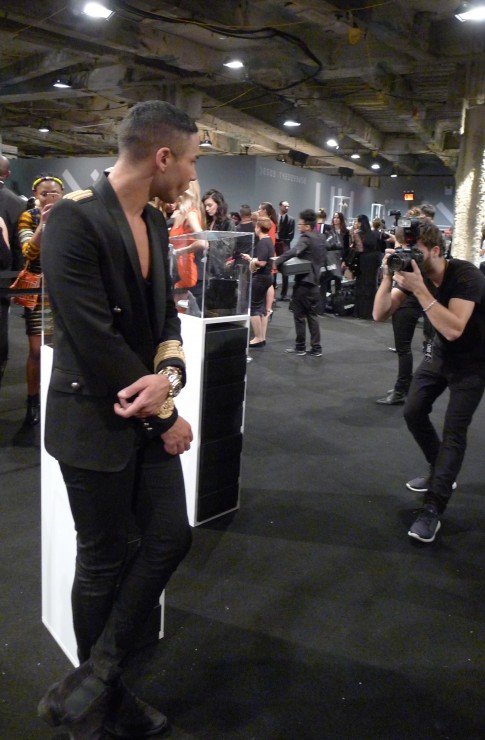 Olivier Rousteing even joined in the shopping fun late at night.