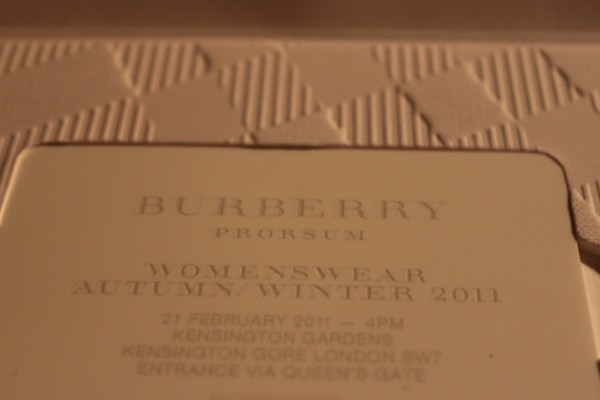 I was photographed many times 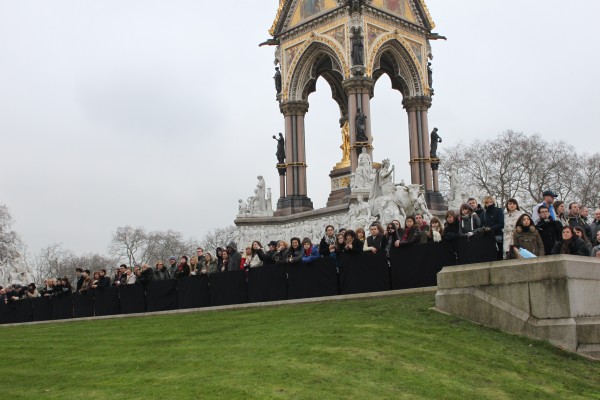 People are watching the arrival of the celebrities 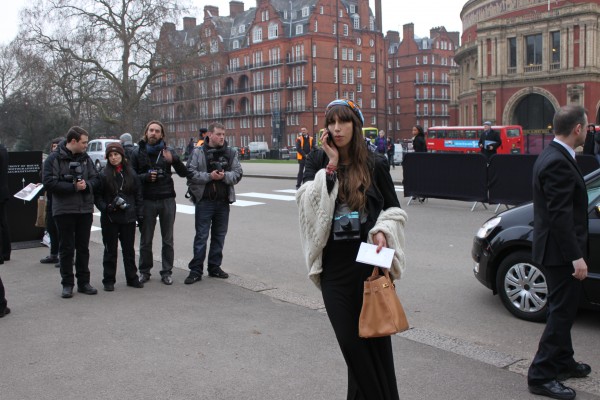 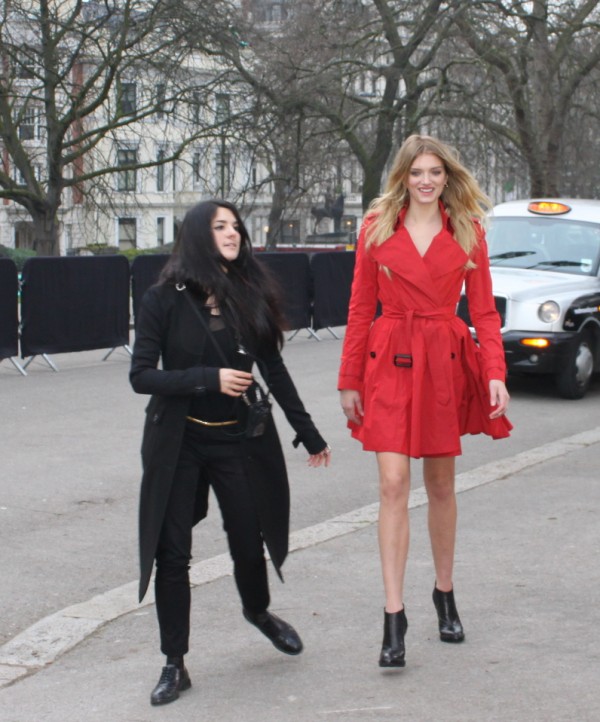 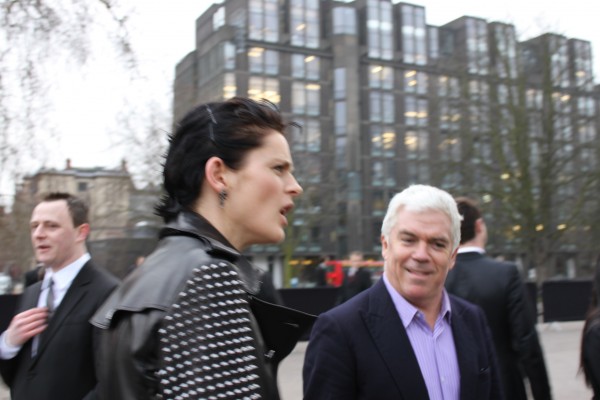 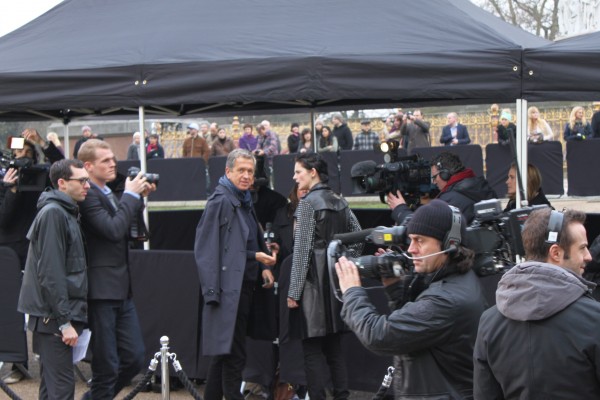 A "catwalk" for the celebrities to be interviewed and photographed Me at Burberry Prorsum 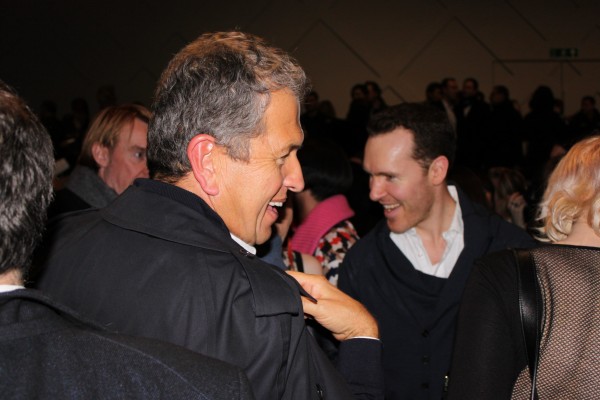 Natalie Massenet, founder of net-à-porter, with me Christopher Bailey named his F/W 2011 collection after the icon of the Swinging Sixties “Jean Shrimpton”. The look and sound of her golden era shaped the show. The Shrimp once did advertising for Burberry so she had history with the house.
Trim coats with matching bags, drop-waisted tulip-skirted dresses, bold colours, check at its best, the designer played with the silhouettes. Two thumbs up! 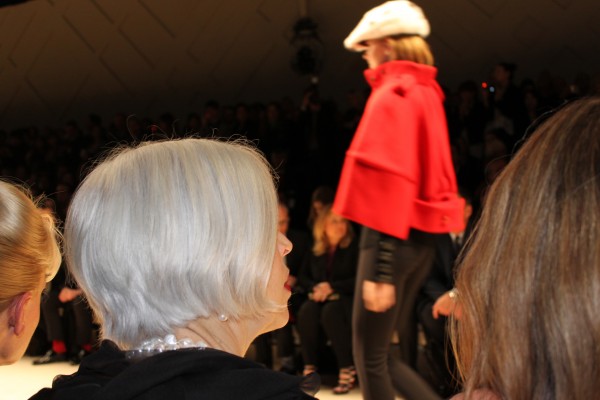 Bergdorf Goodman's Linda Fargo in front of me 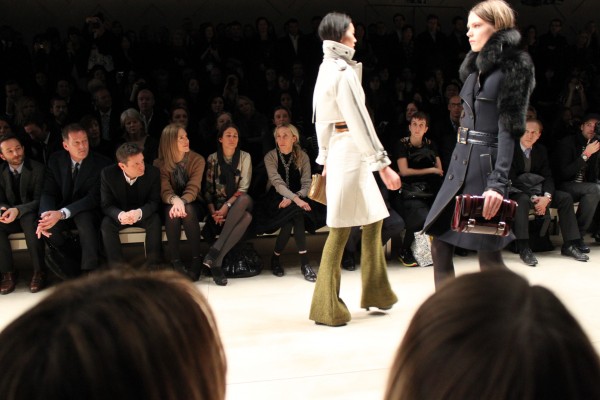 The finale of the show was divine. Snow was falling of the ceiling and the models were protected with little rain capes. Photos: © Sandra Bauknecht As part of 40 events, the show was broadcasted live globally in Burberry flagship stores from Boston to Beijing, creating ‘buy from the runway’ in-store virtual trunk show events across 4 continents . The 40th venue, London’s iconic Piccadilly Circus, streamed the show live onto the famous 32 metre digital screen viewed by an estimated 1.2 million people a week – a first for any brand.