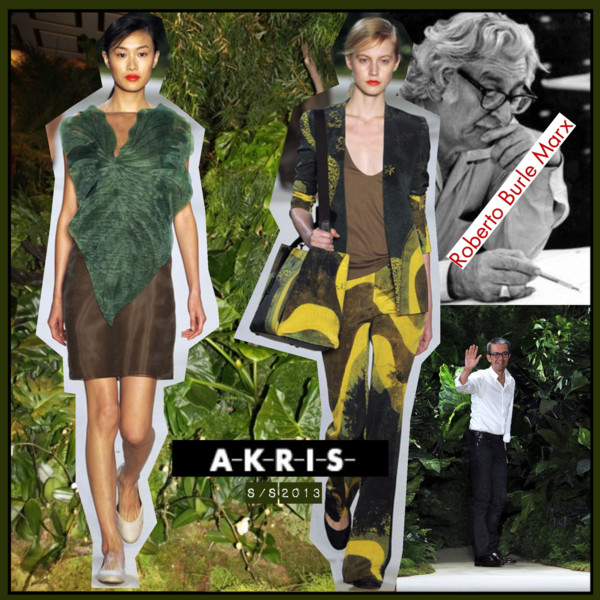 “90 looks, exceptionally once, for the 90th anniversary in a Roberto Burle Marx inspired garden. The Brazilian landscape architect, plantsman and painter invented a new language for modern landscape design. He abandoned the tradition of the straight line and cultivated a passion for curved and sensual lines. His work is, in the detail and as a whole, always one and the same. Inimitable!”

AKRIS is celebrating its 90th anniversary this year. A wonderful reason for Albert and Peter Kriemler to throw a party after the presentation of the S/S 2013 collection during Paris Fashion Week. 90 looks were shown on the runway of which many were noticeably transparent. Sexy without being vulgar – Albert Kriemler is one of the rare designers who can make this work in an elegant and sophisticated way. The collection was inspired by landscape architect Roberto Burle Marx and the prints as well as the setting of the show resembled a beautiful greenhouse. Tailoring is the soul of Akris and played a huge role as usual. The colour palette developed from black to basic shades such as white and beige to vibrant hues of green, yellow and fluo coral pink. The only look that was a little too extravagant for me was the shift dress with a gigantic organza leaf appliqué (see collage above). Personally speaking, I like Albert Kriemler’s modern jungle chic, a worthy jubilee collection!

Have a look at the collection below and see which celebrity attended the show: 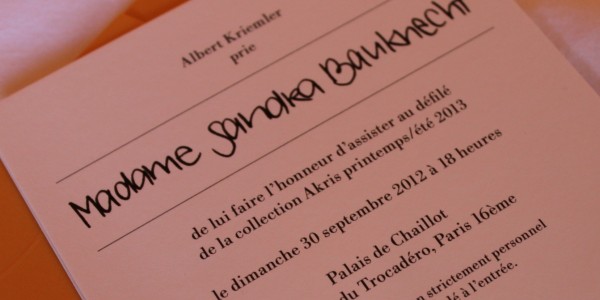 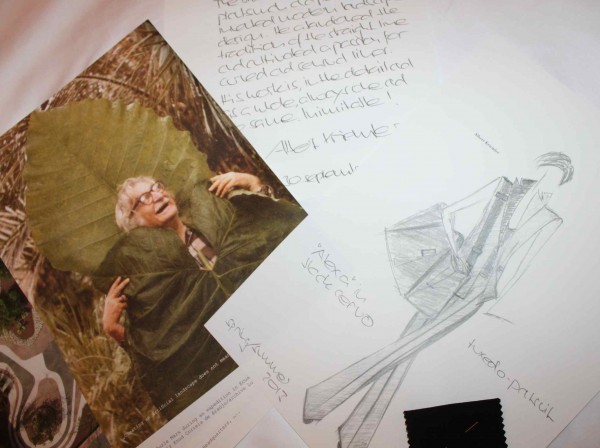 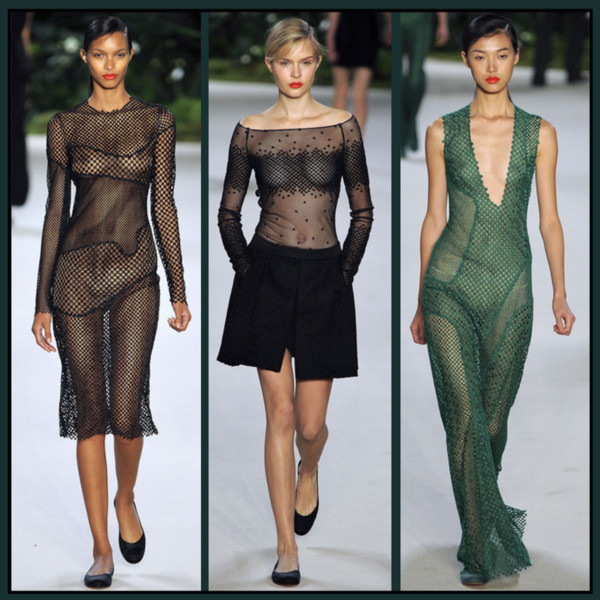 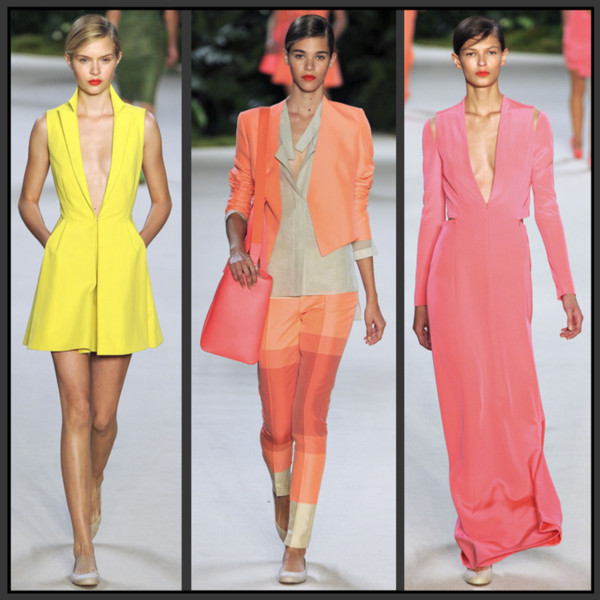 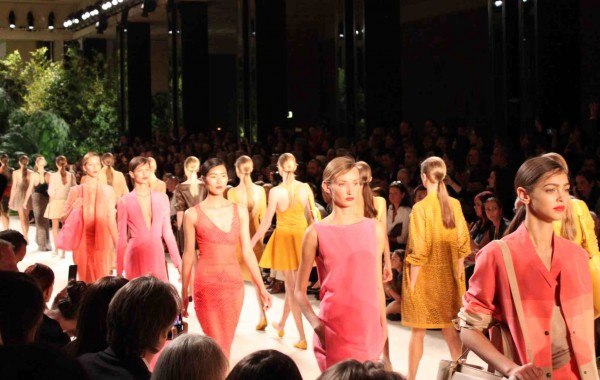 “Style is all about the woman; it’s about her personality. You should notice the woman first, and what she is wearing follows.” – Albert Kriemler 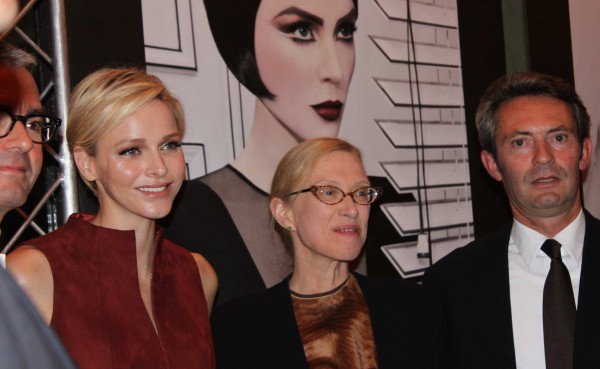 Princess Charlene of Monaco, who is a huge fan of  the Akris brand, attended the show and listened to the very emotional speech given by Peter Kriemler, Global President of Akris, in honour of the house’s 90th anniversary. Later, she joined the after party. 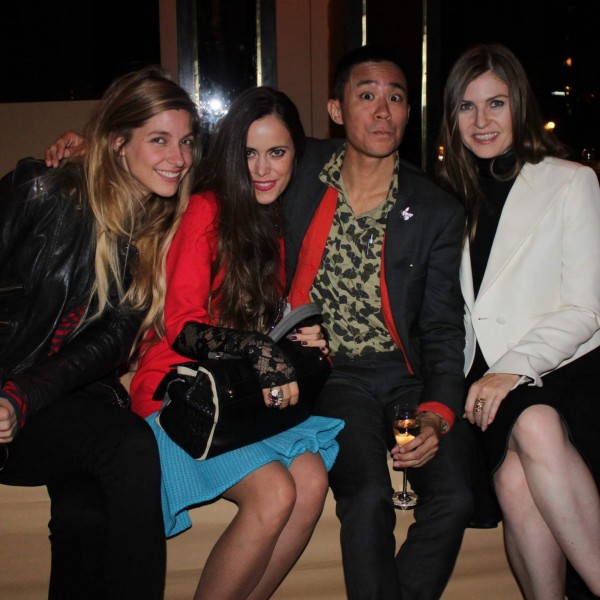 At the party: Nora Baldenweg, Kim Dang (NZZ) and Sara Allerstorfer (Bolero Magazine) with me.

A great book that maps the rich heritage of Akris and its dynamic evolution in the recent years.

Akris is available in Zurich at Gassmann.