The last days in Vienna were amazing. Omega hosted an event of superlatives. On Saturday evening, I attended La Nuit Enchantée (The Enchanted Night) at the beautifully illuminated Gartenpalais Liechtenstein, a special celebration for the launch of the new models in Omega’s iconic Ladymatic collection with a very special guest: Nicole Kidman had flown in especially for the night from London where she is filming at the moment.

Let me tell you all about the amazing party and my enchanted moment of the night!

The façade of the Gartenpalais Liechtenstein, the venue for the event, was opulently lit with decorative projections, including the brand’s iconic Omega logo, and images from the new advertising campaign.

I arrived on the red carpet and was warmly greeted by Raynald Aeschlimann, Vice President and International Sales Director Omega.

Inside, the evening opened with a standing cocktail party in the palace, whose elaborate decoration with real trees suggested an enchanted forest.

We were then asked to go upstairs where an outstanding ambiance awaited us. The room itself breathed history and opulence, the decoration was truly stunning.

The stunning actress has been the “face of Ladymatic” since its international debut in 2010 and introduced the new global advertising campaign for the collection during the event.

Omega President Stephen Urquhart welcomed us together with actor Maximilian Simonischek who served as the evening’s master of ceremonies.

Following the three-course dinner, Nicole Kidman invited the guests to move back downstairs and to enjoy dessert.

Australian singer Shelley Harland performed her original songs, including “In the Dark”, the song selected by Omega as the soundtrack for the commercial.

And then my magic moment took place…

I met the amazing Nicole Kidman in person. She is absolutely adorable. 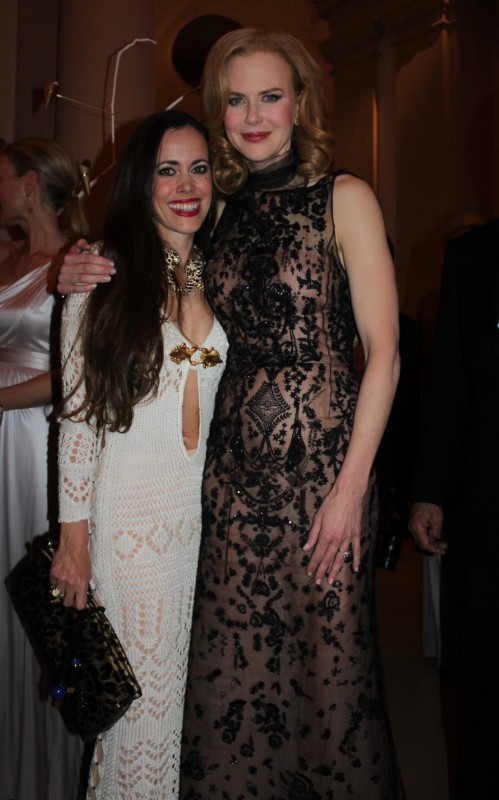 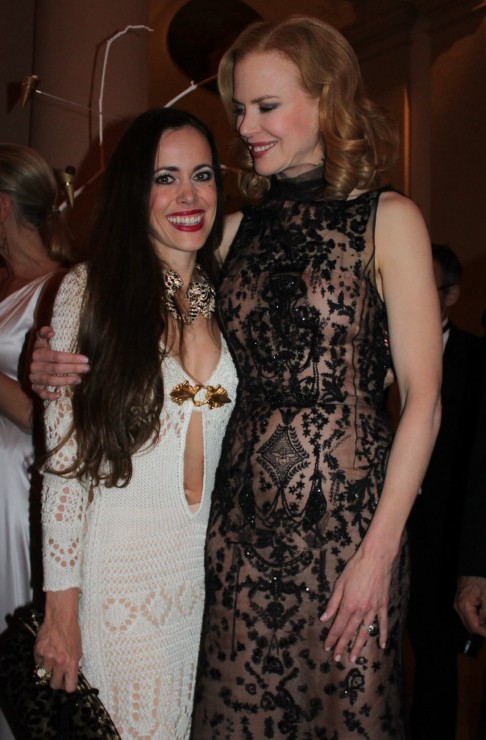 Thank you, Omega, for this amazing night! More information about my look, the new Ladymatic models and the press conference with Nicole Kidman that took place Sunday morning will be available soon.