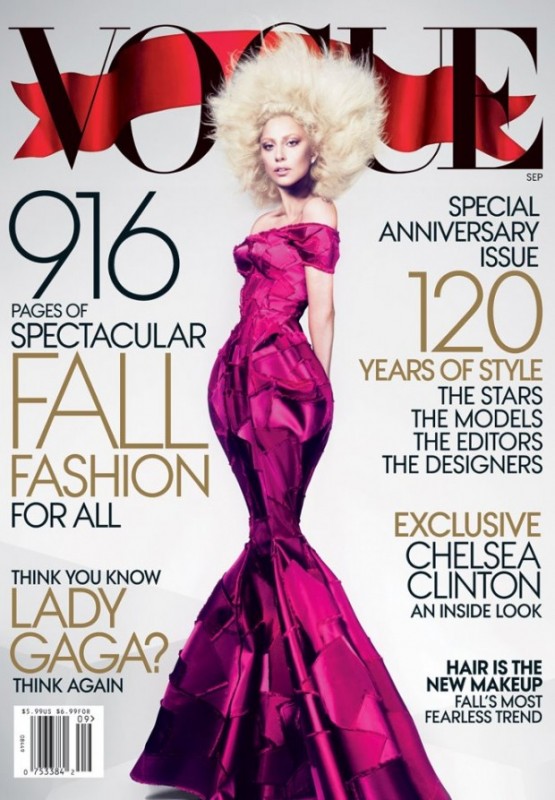 Honouring the 120th anniversary of Vogue, Anna Wintour took a trip down memory lane and shared her Vogue story. While working on this September’s cover (which will be the biggest one ever, be prepared to weight-lift) of a Marc Jacobs–clad Lady Gaga made her think about her first one as the editor of Vogue in November 1988 which starred the Israeli model Michaela Bercu, photographed by Peter Lindbergh and styled by Carlyne Cerf de Dudzeele.

As the model couldn’t fit in the skirt, she had to wear jeans which made their first ever appearance on the cover of Vogue, and thus fashion history was made. 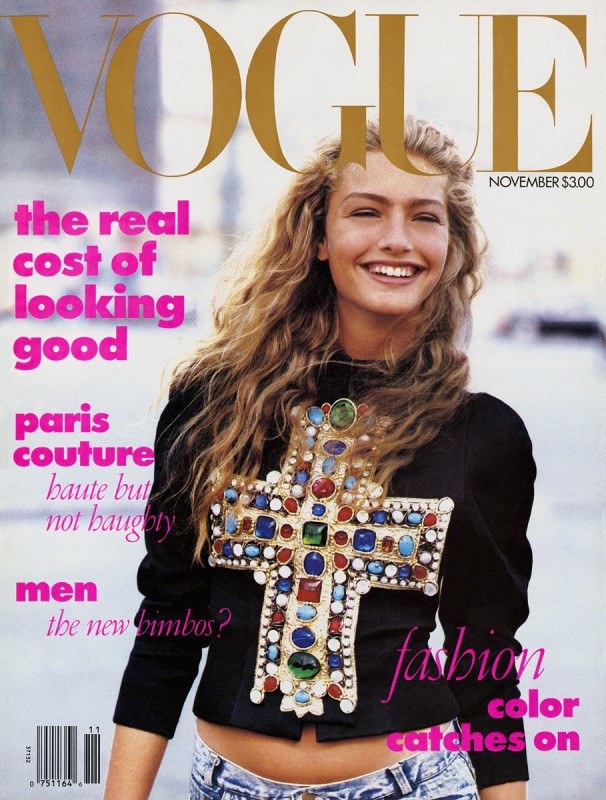 “Michaela was wearing a Christian Lacroix jacket with a beaded cross and stonewashed Guess jeans. The jacket was part of a suit, but the skirt didn’t fit Michaela; she had been back home and had gained a little weight. Not that that mattered. In fact, it only reinforced the idea: Take couture’s haughty grandeur, playfully throw it headlong into real life, and see what happens. What none of us expected was to run that picture on the cover, least of all the magazine’s printers, who asked if there’d been some mistake. It was so unlike the elegant close-ups typical of Vogue’s covers back then. This one broke all the rules. It looked easy, casual, like a moment snapped on the street, which was the whole point. Afterwards, people applied all sorts of interpretations: It was about mixing high and low, Michaela was pregnant, it was a religious statement. None of that was true. I had just looked at that picture and sensed the winds of change. And you can’t ask for more from a cover image than that.” – Anna Wintour

She also shared some of her favourite images from Vogue: 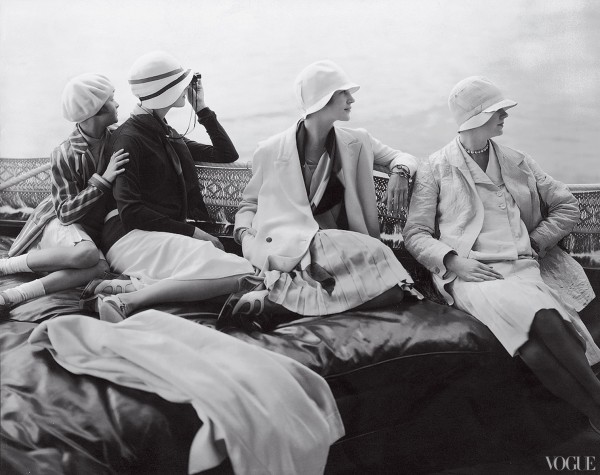 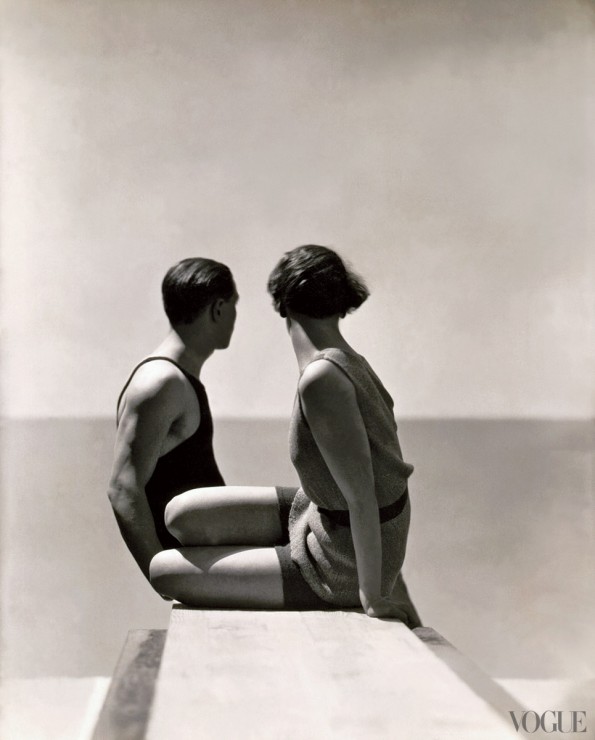 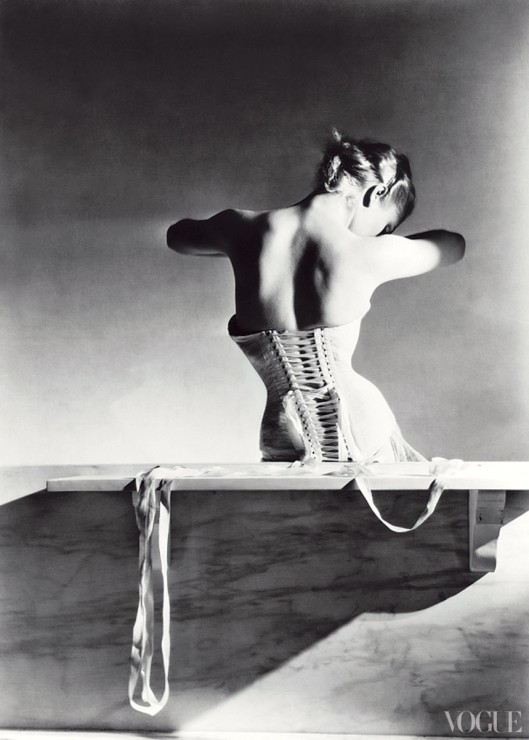 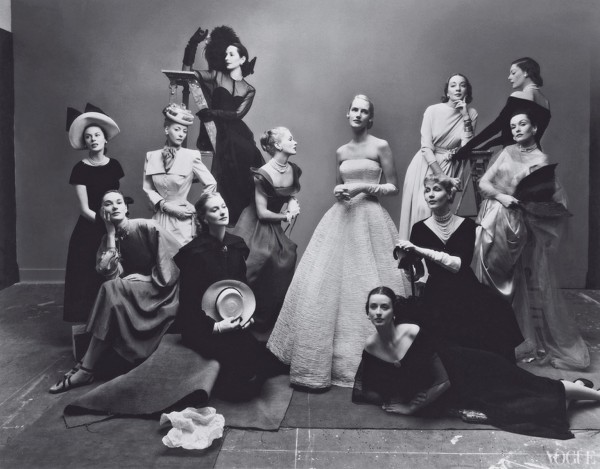 Vogue, May 1, 1947 One of Irving Penn’s most famous tableaux, often referred to as “The Twelve Beauties.” At this sitting Penn first fell in love with wife-to-be Lisa Fonssagrives, sixth from left. – Photographed by Irving Penn 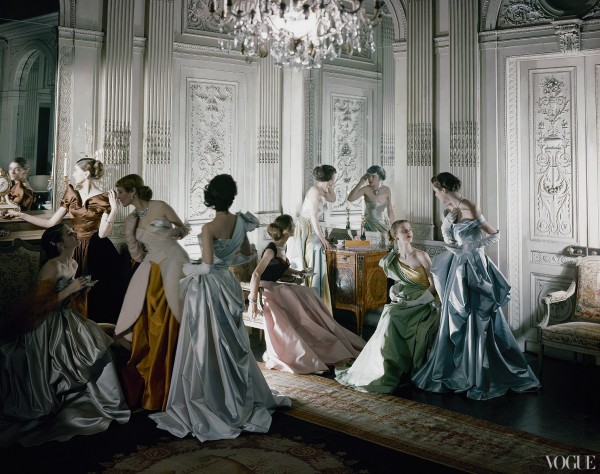 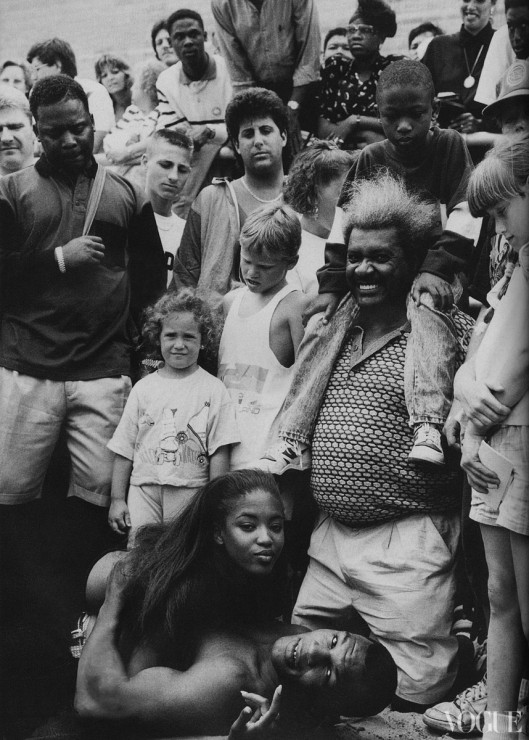 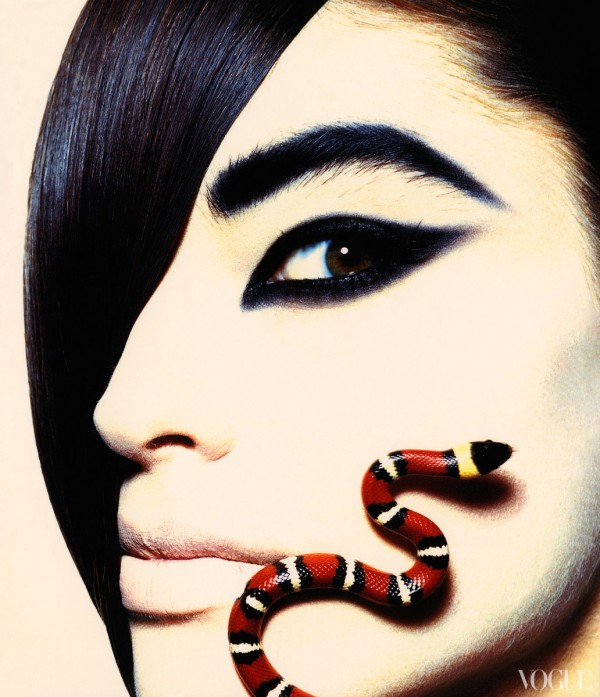 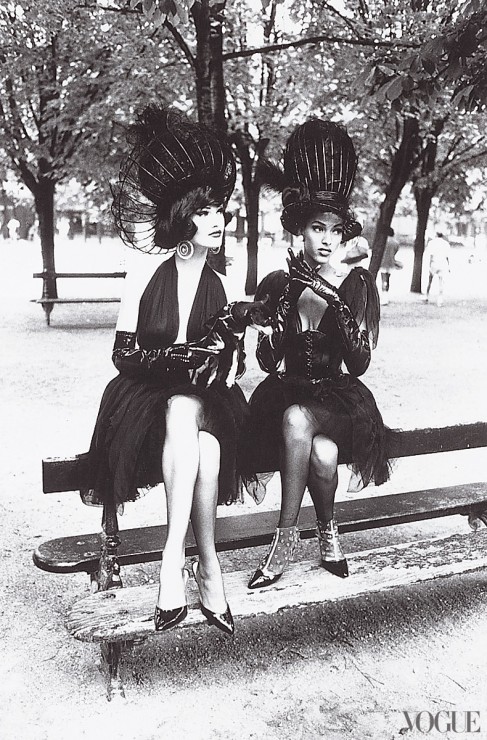 I hope that you have enjoyed this little retrospective as much as I did. Such beautiful images!
For the complete slideshow, please click here.