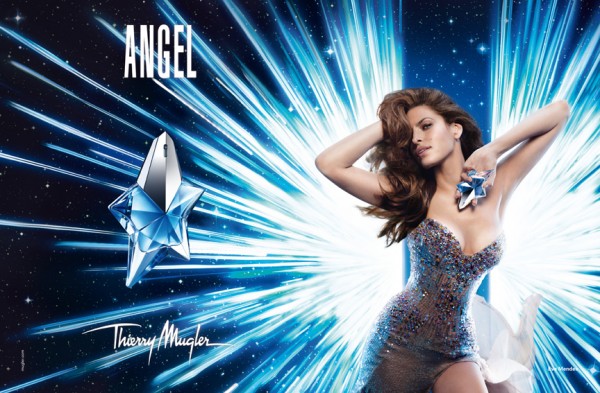 “I always wanted to make a perfume which would have the same resonance for everyone, something like tenderness, or childhood and I wanted there to be such a sensual contact with this perfume, that you almost feel like devouring the person you love.”

Love it or hate it! It seems that this oriental-gourmand fragrance allows only the extreme. Since its creation in 1992, it is one of the bestselling scents around the globe.

IN THE BEGINNING THERE WAS ANGEL…
A GOURMAND PERFUME THAT HAS BECOME LEGENDARY. 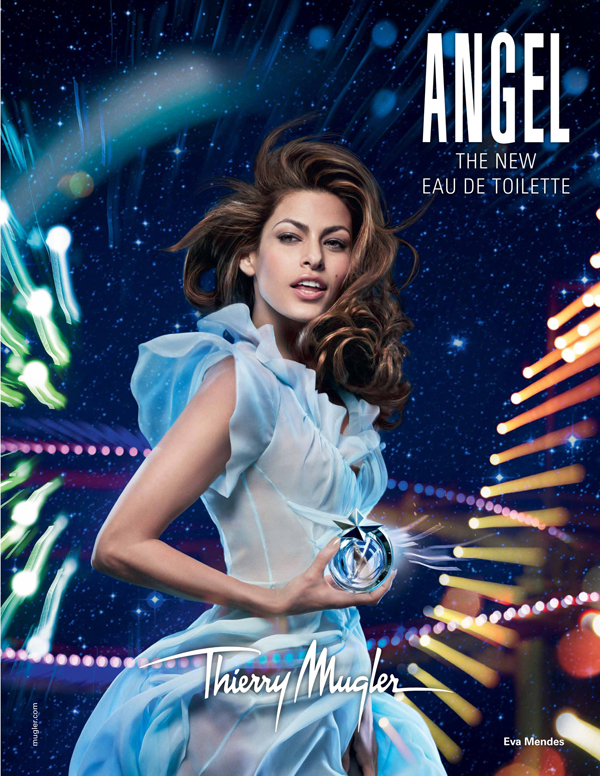 FROM STAR TO COMET – A NEW EAU DE TOILETTE

Almost 20 years later, a new satellite appears, Angel will be available as Eau de Toilette with a new shaped flacon in a modern interpretation.. Angel’s dazzling star gives birth to an undulating comet. 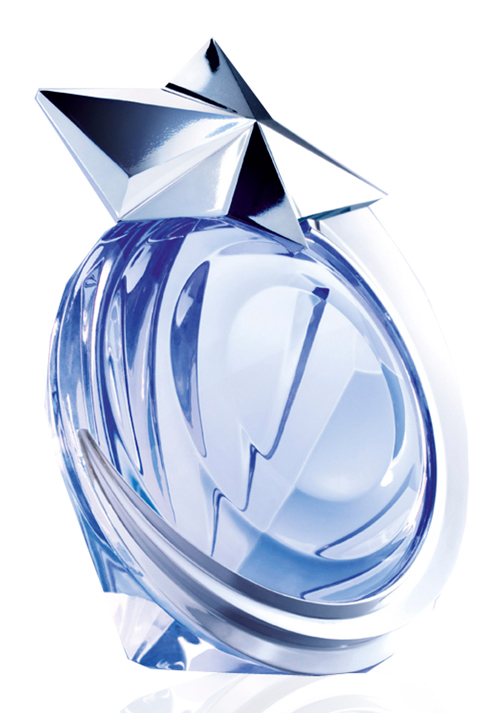 More than just a difference in concentration, Angel Eau de Toilette is a unique harmony of scents composed by Amandine Marie (Robertet). It has become “oriental-gourmand-powdery”.

Faithful to Angel’s tradition, the Comet, available in 40 ml and in 80 ml, is refillable, thanks to its eco-source bottle (40 ml).

New muse, new campaign… I loved the illustrations so much that I wanted to share them with you.

Always spectacular, the Angel woman rediscovers a certain type of intimacy in her perfume and in her dreams, expressing a seduction more moving than ever. 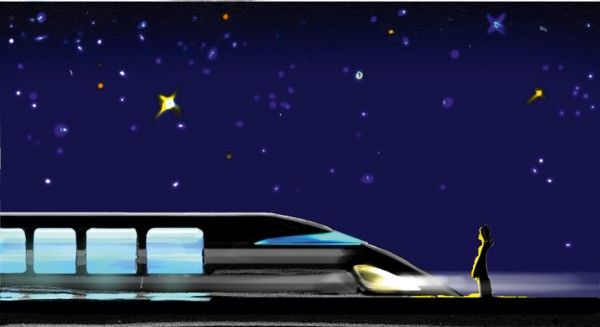 A deserted train station. A shimmering clear night. The Angel woman waits for the train that, with its guiding star, will take her to the depths of her dreams. 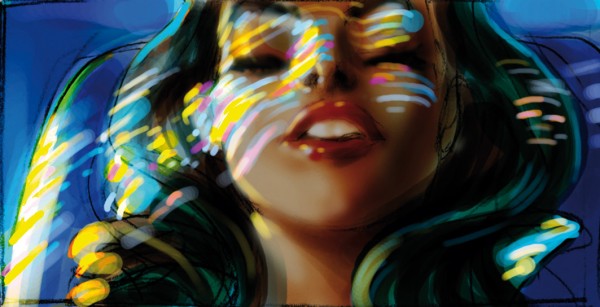 In the “Dream Machine”, comfortably seated, she sprays her wrist lightly. After scarcely a whiff, she gives into pleasure, eyes closed, and takes off… 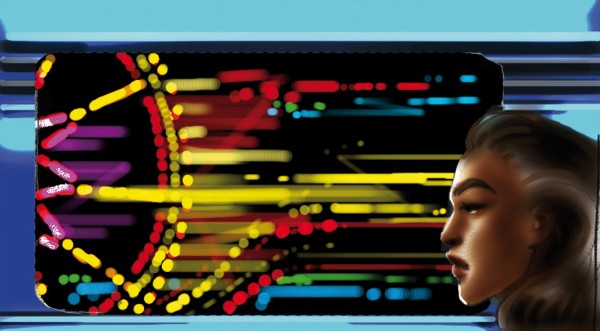 Her first dream brings her back to childhood memories of a fair, the Ferris wheel and cotton candy. This vision becomes hazy and takes the shape of the Eau de Toilette bottle followed by the Eau de Parfum bottle that sets her off on her next trip. She dances in this day dream, as though completely spellbound, among constellations of stars. Enchanting… 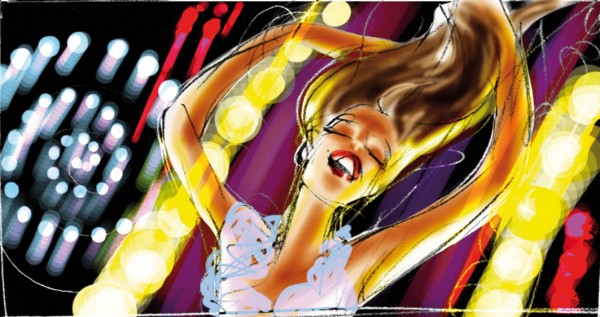 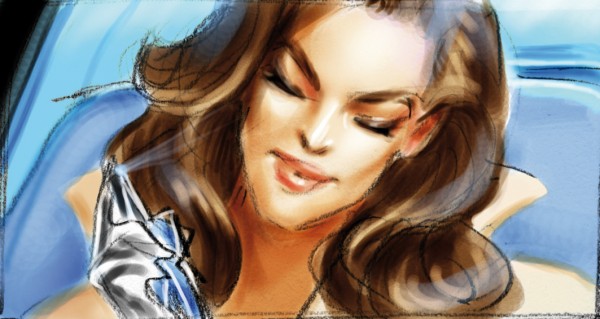 And the imaginary odyssey ends, giving way to reality. As she gets off the train immersed in a blue light, her exalted expression keeps you guessing about the thrill and the transgression of her experience.

Looking up to the sky that welcomed her, she takes the ultimate memento of her recent experience out of her trench coat pocket: the scintillating Angel bottle.

The world wide campaign, conceived by Thierry Mugler and orchestrated by Christophe de Lataillade, the brand’s Artistic Director, has brought together an exceptional cast. British director, Baillie Walsh, directed the film and the image was immortalized by the duo of fashion photographers Inez van Lansweerde & Vinoodh Matadin.

Below is the new commercial with Eva Mendes singing. Hope that you like it.