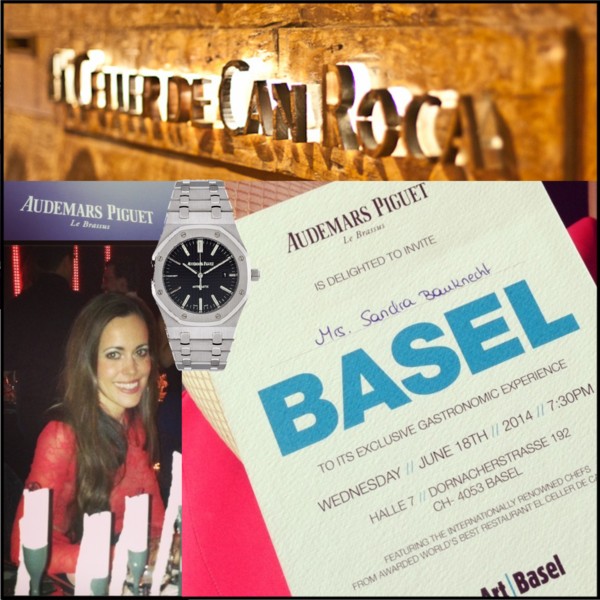 Yesterday, I had a crazy afternoon, driving back from Como to Zurich where I had literally fifteen minutes to get changed. Then I jumped in the next limousine to go to Basel to attend an exclusive gastronomic experience hosted by Audemars Piguet during Art Basel. 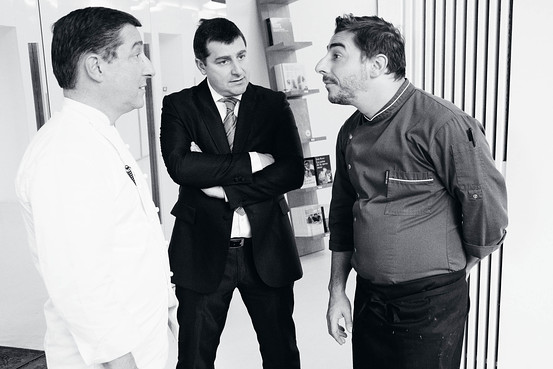 The famous watch manufacturer had invited the Roca Brothers, Joan (head chef), Josep (sommelier) and Jordi (in charge of the desserts), from Spain to prepare a very special dinner. 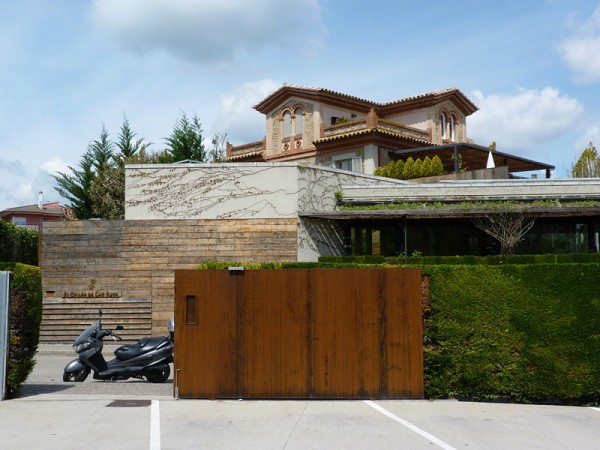 Their famous restaurant El Celler de Can Roca in Girona, Catalonia, Spain which opened in 1986 was first located next to their parent’s restaurant Can Roca, but moved to its current purpose built building in 2007. It holds three Michelin stars and has been named the best restaurant in the world by the magazine Restaurant in 2013, after having been ranked second in 2011 and 2012. 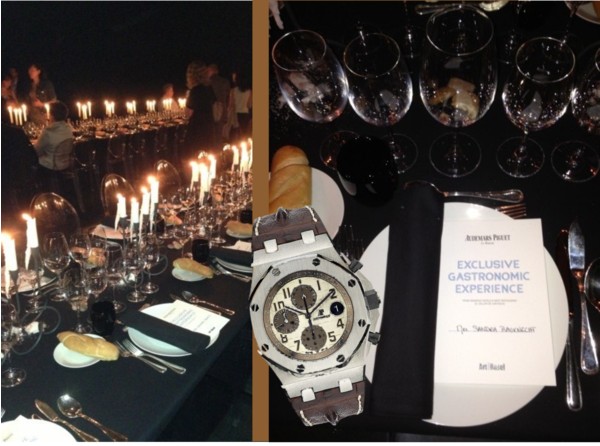 The cuisine served by the restaurant is traditional Catalan, but with an interesting twist. Personally speaking, I find their dishes based on perfumes, and with unusual presentations, the most captivating.

They have created menus based on fragrances such as Calvin Klein’s Eternity or Carolina Herrera. This has resulted in a perfume being released by the restaurant itself, called Nuvol de Ilimona, which we were able to smell last night during the first dessert served, a lemon distillation. Smelling and tasting the food at the same time is an orgastic explosion.

Audemars Piguet spoilt us last night with this feast for the senses! Thanks a lot for this amazing invitation! Below you can see the yummy menu… 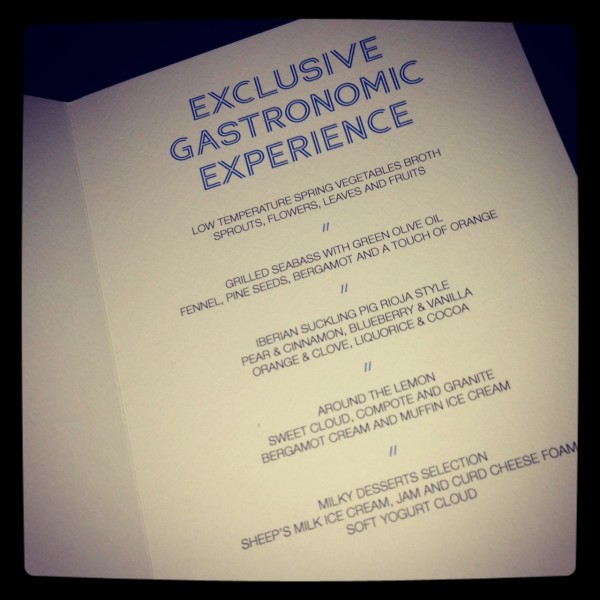 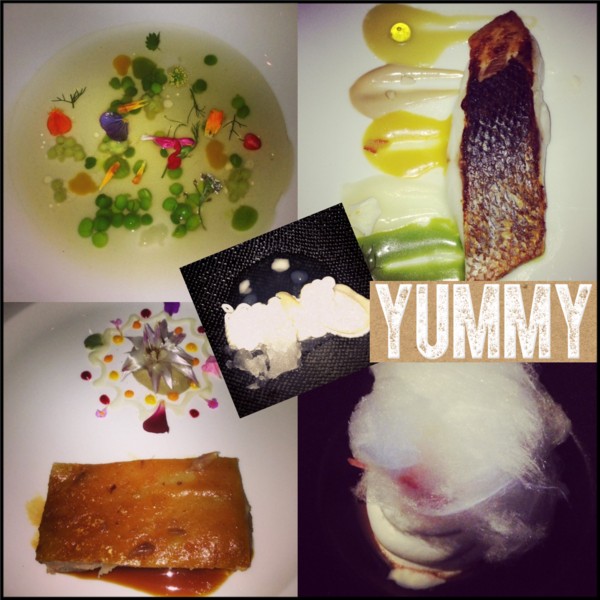