When I heard the news that Akris Creative Director Albert Kriemler dresses Alicia Keys for her “Set The World On Fire” tour, I was completely excited. And when I saw the looks, I was over the moon. For the American pop singer and songwriter it was important that the outfits are not more important than her performance. And as her stylist, Laura Jones, told style.com, her performances are all about the singing, rather than fancy costumes. “Alicia doesn’t like to do a lot of costume changes. We’re not trying to build up some big embellished look [and] we didn’t want her to be hidden by the clothes,” says Jones, who’s been dressing Keys for a year.

Personally speaking, I couldn’t think of a better choice for Alicia Keys. The famous singer recently appeared in the Swiss brand at several high-profile events and always looked gorgeous: During her set at the Royal Variety Performance at the Royal Albert Hall in London, Keys performed in a black pebblestone-embroidery dress. I completely understand Alicia’s love for Akris. The F/W 2013 collection was a dream, stay tuned for a detailed post coming up soon! 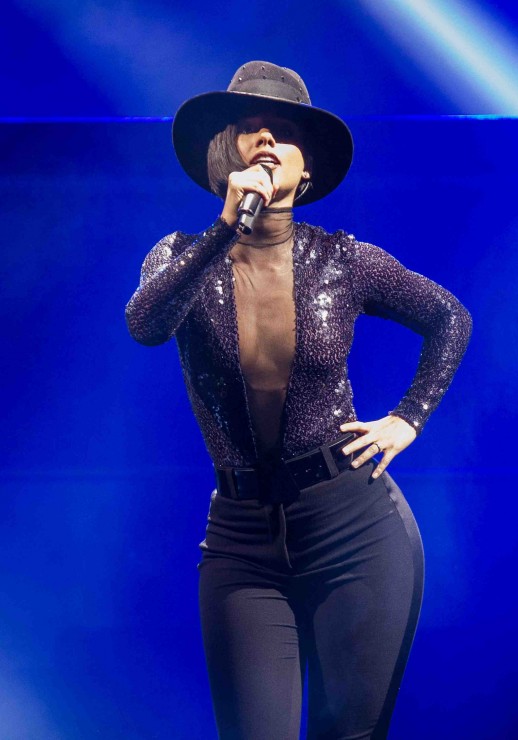