On Wednesday last week, I went with Piaget to the beautiful Château de Malmaison. Located at the gates of Paris, the former residence of Napoleon Bonaparte and the Empress Joséphine, has a large variety of porcelain collections, paintings and furniture on display. 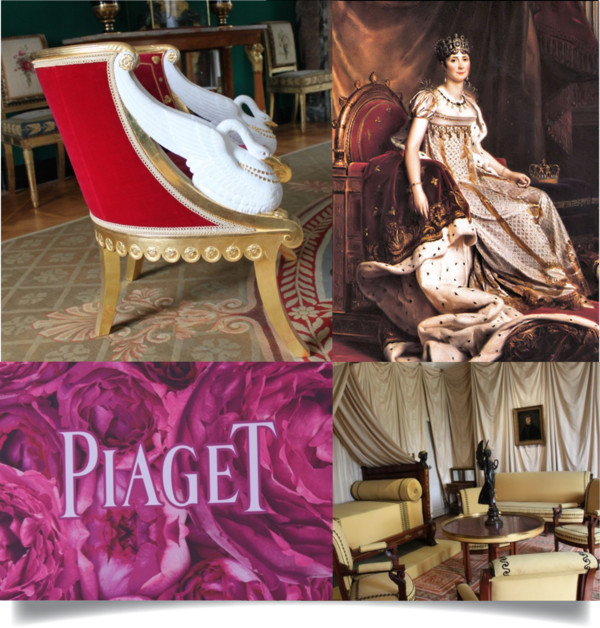 The Château de Malmaison, purchased by Joséphine in 1799, became her permanent home after her divorce in 1809 and she lived there until she died in her bedroom in 1814.

Madame Bonaparte was famous for her interest in the field of botany and created magnificent gardens. Joséphine grew many rare species of plants and cultivated 250 species of roses, her favourite flower. Unfortunately, her heritage is not present today and the fields lie fallow. But this will be changing soon because the rose has a history that Piaget is committed to preserving.

Yves Piaget, scion of the company’s founders, has been celebrating his love of roses since over 30 years. The house’s Rose jewelry collection is a tribute to this dedication. The famous Yves Piaget Rose is named after him which was beautifully put on display at lunch. For Monsieur Piaget, “the rose is a symbol of love, joy and peace.” He explained, “that he was fascinated  by the rose breeder’s mutual challenges, beauty and performance,” and went on about “the two passions in his life: The Piaget company and the rose.” 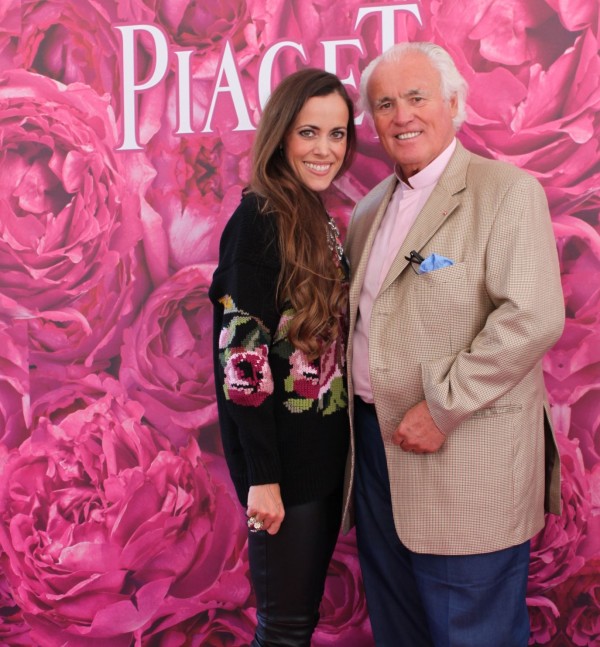 Yves Piaget with me

Philippe Léopold-Metzger (to the left), CEO of Piaget, announced that Piaget will finance the rebuilding and reconstruction of Château de Malmaison’s rose garden that is meant to be completely finished in 2014. Then, it will present 750 rose bushes from the First to the Second Empire, enhancing the knowledge of the botanical work of the Empress. Amaury Lefébure (to the right), Director of Château de Malmaison, expressed his gratitude to the house of Piaget as this support “is something that very seldom happens in the life of a curator.”

The Swiss luxury watchmaker and jeweler will also be involved in the restoration of some of the original gowns worn by Joséphine. “Another chance to bring back the beauty to the castle.” 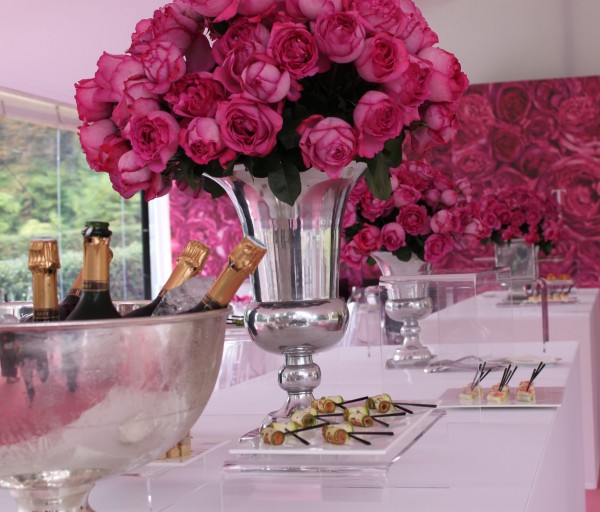 After we had enjoyed a great tour around the property and the chateau, we were treated to a beautiful and delicious lunch. Didn’t my sweater match the Yves Piaget Rose décor perfectly?! Stay tuned for a detailed outfit post coming up soon.