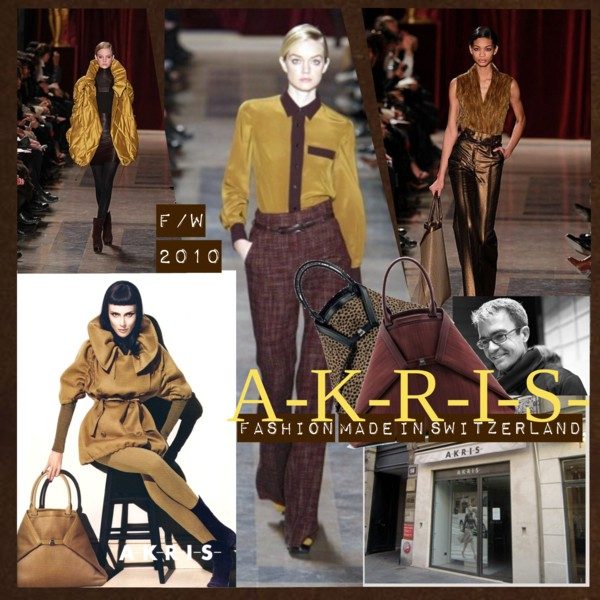 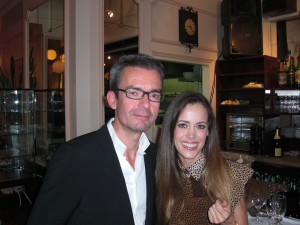 Albert Kriemler with me at the A-K-R-I-S- cocktail reception yesterday.

On Sunday afternoon on my flight to Paris, I had quite a fancy seat neighbour: Courtney Love who drove the complete staff crazy and delayed the take off.
I was eager to arrive in time as I could not make it to the Akris show in the morning and wanted to join Albert Kriemler for his cocktail reception in the evening at the Café de L’Epoque.

Akris is Switzerland’s fashion flagship brand, known for its craftsmanship, high-quality materials and understated luxury. The Swiss brand has written already over 80 years of history. Founded by the Kriemler’s grandmother to produce aprons in the 20s, followed by his father in the 40s who built Akris into a couture house and finally in the hands of Albert Kriemler and his brother since the 80s.

I have to admit that the Akris style used to be a touch conservative for me personally. But this has changed latest with the F/W 2010 collection which was absolutely beautiful. Gorgeous colours, well tailored pieces with a sensual 70s vibe, that were flattering, modern and feminine in one. A wind of change has been blowing with Daphne Guinness as the face of the last two advertising campaigns.
In the beginning of the year, Akris launched its debut bag collection, a must-have for the more discerning of women who appreciates quality, is not so much into an It-bag and tired of the Hermès camp.

Kriemler’s S/S 2011 collection is perhaps his best so far. The colours, the sharpness of cuts along with some bold blooms have laid the foundation for a much younger fan club that will love the little short jumpsuit and cool jackets. Enjoy! 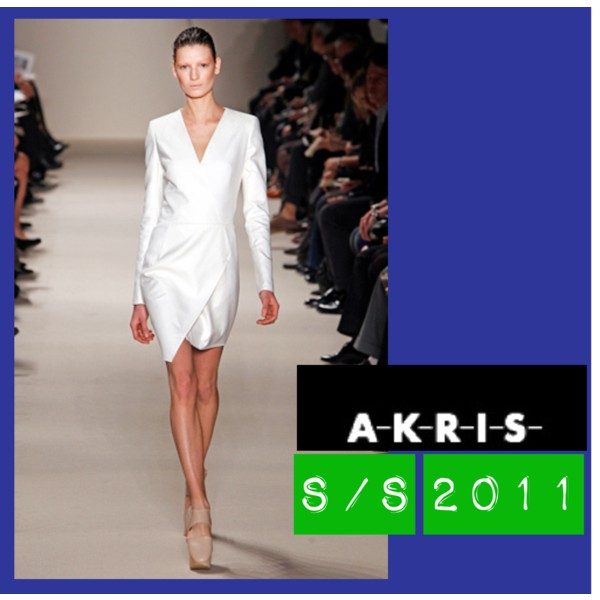 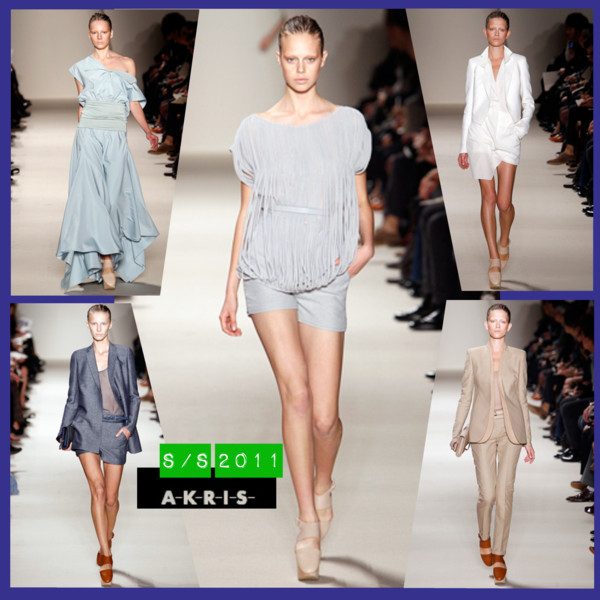 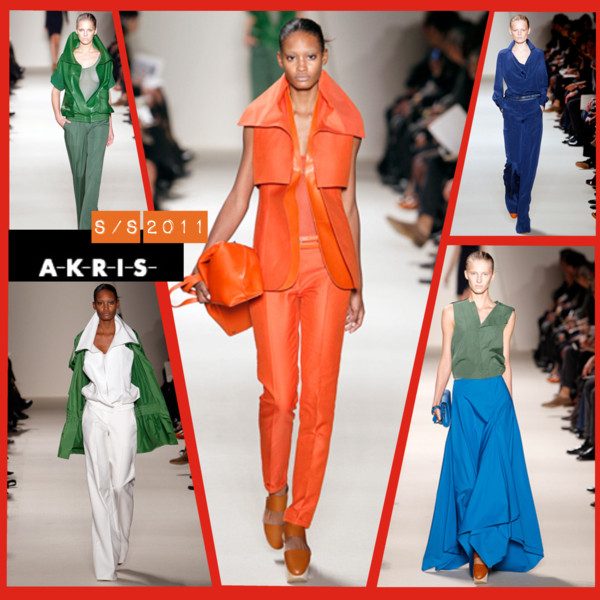 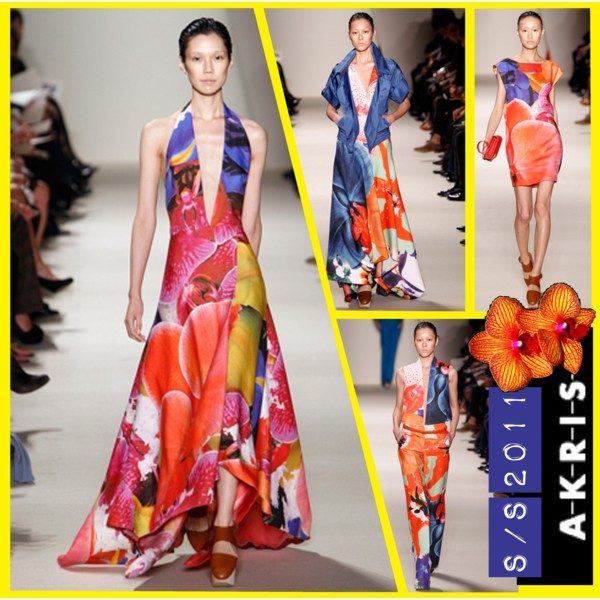 Available for example in the US at Saks, Neiman Marcus, Bergdorf Goodman and in Zurich at Gassmann. For more information, please visit the Akris homepage.