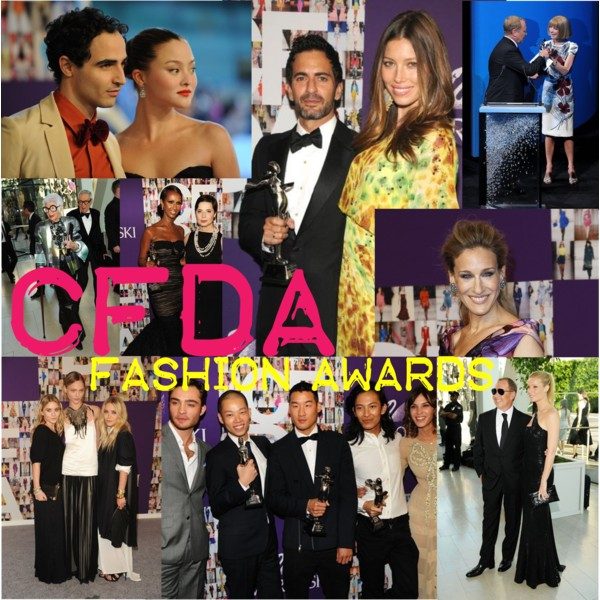 The 2010 CFDA (Council of Fashion Designers of America) paid tribute to its winners and honorees last night in New York at the Lincoln Center. The award could be compared to the Oscars in fashion. Many celebrities, designers, models and stylists attented the event, dressed up beautifully. A real fashionable crowd.

The most important prize was won by Marc Jacobs, named to be the Womenswear Designer of the Year. Menswear went to Rag & Bone designers David Neville and Marcus Wainwright and the Accessory section was covered by Alexis Bittar.

Sarah Jessica Parker in Alexander McQueen honoured the late designer for his indelible contribution to international fashion. Anna Wintour, Editor in Chief of US Vogue, handed the Geoffrey Been Lifetime Achievement Award to Michael Kors who showed up with Gwyneth Paltrow in one of his designs. Christopher Bailey for Burberry was recognized with this year`s International Award.

The three Swarovski Awards for emerging talents were given to Jason Wu, Richard Chai and Alexander Wang. This is not only a trophy. The recipients will receive generous financial support from the company. Let`s keep an eye on those rising stars!